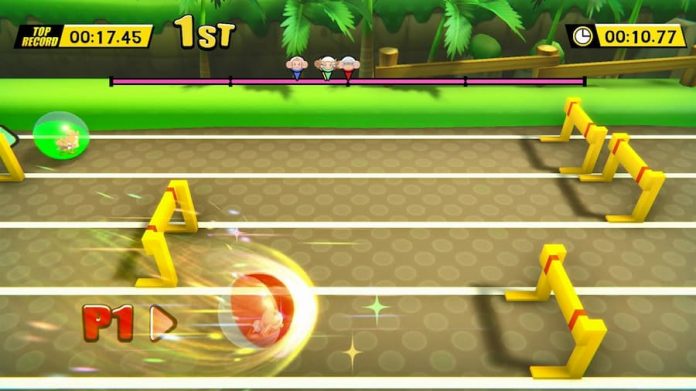 November brings with it the last ‘busy’ release month of the year, and so over Christmas we can (hopefully) look forward to catching up with our backlogs a little. Maybe.

That time is not just yet though. We still have a few weeks of major releases to get through first. Here are the games we’ve been playing this week. Have a great weekend, everyone!

Rich: I spent last weekend finishing up lots of games that I’d been playing for a while. That included Destiny Connect: Tick-Tock Travelers, which is simply a bit dull, Super Monkey Ball Banana Blitz HD, which isn’t bad but isn’t the best Super Monkey Ball game, and the Switch version of Vampyr, which is the worst version of a good game. I also played though Street Outlaws: The List, which is awful. After that, I haven’t had much time to play games this week really, as I attended a very enjoyable preview event for an upcoming game that you’ll be able to read about soon. I did manage to get some Switch time in here and there, though, although the game I played, Dark Devotion, didn’t impress me very much.

Kim: My Switch has seen the most use this week, surprisingly. I treat myself to Ring Fit Adventure, so my fat ass gave that a try. I’m looking forward to playing more over the weekend; it seems like a lot of fun. Not to mention a good workout. In terms of games that don’t require me to get on my feet, I’ve been playing through Atelier Ryza, which is proving to be very good indeed. I’ve had mixed feelings about the Atelier games I’ve played in the past, but I’m very much enjoying my time with Ryza. Look out for my review early next week.

Not a video game in the traditional sense, but I’ve also been playing around with a Giiker Supercube – it’s a Rubik’s Cube type puzzle, but one that’s app-connected. So you can challenge other people in solving the puzzle, follow the app to create patterns with your cube, hone your skills, compete in time trials and more. I’m rubbish at Rubik’s Cubes, but I’m hoping this can put me through my paces.

Diggy: I’ve actually been away on holiday since Monday, far away from all my usual gaming devices, so there isn’t much I can report this week. I did take along my trusty Game Boy Advance, so many of my spare moments were spent playing The Legend of Zelda: A Link to the Past. I would merely describe the game as a fun little time killer, though I’m sure that’ll upset the Nintendo fanboys. I’m sure it felt like the bee’s knees when you were a kid buddy, but expecting a Zelda newbie like myself to hold it up as one of the greats might be a bit naive.

I did fully immerse myself in The Outer Worlds last weekend, which made it very hard to pack up and leave for my trip. I’m still pining for my spaceship right now as I write this; I’m missing the interesting characters and the unsubtle-but-in-a-good-way social commentary. Jeez, somebody needs to hurry up and invent a nicotine patch for video game cravings.

Becca: I beat Afterparty this week, the newest game from Night School Studios. After falling in love with the company’s previous title, Oxenfree, I was really looking forward to this one. And while I did enjoy it for the majority of the game, I was disappointed by the game’s protagonists as well as how glitchy it was. Hopefully it will improve after a few patches.

I also played two short titles: One Night Stand and Stikir. In One Night Stand you play as a man who wakes up in a woman’s bed. The big problem is, he doesn’t know who she is or how he got there. Your job is to figure out what happened without making your one night stand angry. Unless you just want to skeedaddle out of there, in which case there’s an ending for that too. Stikir is an hour or so long game about making a game. It’s so incredibly weird, but also really fun and entertaining. Saying anything more would spoil it, so go give it a try!

Stan: I’ve been tackling the Rugby 20 beta this week, and I’ve been pretty impressed. Not only is the tackling fantastic, but the rucks and tactical depth are great too. Despite the few technical flaws, that will hopefully be ironed out before the full release, I’ve been really impressed, and five things really stand out to me.

My weekend will be spent playing Luigi’s Mansion 3 on the Switch, and I cannot wait!

Chris: After finishing up with Moons of Madness, I dived back into the dark with Song of Horror and while only two of its five episodes have yet been released, it’s damn scary. I can’t confirm if the “presence” mooted of in the store description is actively working to scare you, but the jump scares and encounters are unpredictable enough to keep you on edge.

I’m also playing The Outer Worlds and started as I meant to go on by persuading someone to give me their gun, the first I acquired, and shooting them in the face. I doesn’t quite have the wow factor of Fallout: New Vegas but I’m enjoying doing everything I can to piss off my in-game benefactor.