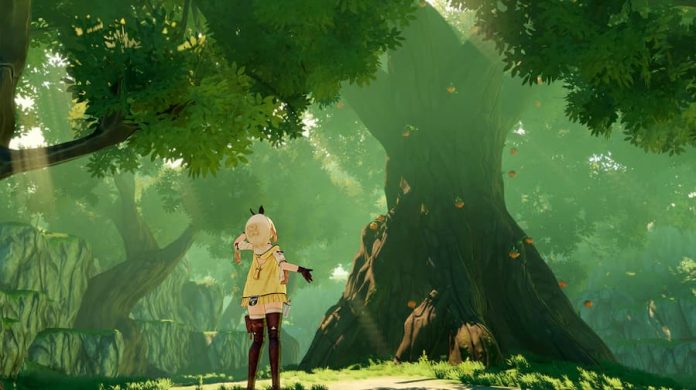 Or at least that’s what we tell ourselves on these long, cold winter nights. When your ‘to play’ pile is as long as Santa’s shopping list, you’ve kinda gotta believe it. Thankfully, we’ve played some rather good stuff between us this week.

Let us know what you‘ve been playing this week by pinging us on Twitter @game_spew. Have a great weekend, everyone!

Rich: I’ve been playing all sorts this week. First I finished off Monkey King: Hero is Back, which is simple but still rather enjoyable. I also finished Mario & Sonic at the Olympic Games Tokyo 2020‘s story mode, and engaged in more of its multiplayer madness. If you like sports-based mini-game collections, it’s certainly worth a buy. WWE 2K20 has been eating up my time, too. My review of that should be up on Monday.

Thanks to EA Access, I ploughed a few hours into Need for Speed Heat, which seems like it might be the best in the series for quite a while. I’ll be playing a lot more of that this weekend, so look out for a review early next week. New Super Lucky’s Tale was a pleasure to play through, and I was surprised to see just how different it was from Super Lucky’s Tale on Xbox One. I also tinkered with Red Dead Redemption 2 on PC for a short while to see what it was like. Performance was choppy, so I think I’ll be returning to it after a patch or two has landed.

Kim: Alright, this is a bit tragic as I’m a fully grown, 31-year-old woman but… I’ve played Race With Ryan this week. A game squarely aimed at five year olds. And you know what? I didn’t hate it. I’d have loved it more had I still been five, but aside from the awful migraine-inducing sound effects, it has some decent qualities. It handles a lot better than a lot of kart games out there, which is worthy of something by itself.

Over the weekend I also put a lot of time into Atelier Ryza, which I thoroughly enjoyed. I’ve only played a handful of the very many Atelier games out there, but this one is certainly among the most charming, beautiful and engaging. I’ve also played through Bee Simulator, but you’ll have to wait ’til next week for my thoughts on that. Bzzzz.

Diggy: A new Let’s Play/Impressions video went up over on the GameSpew YouTube channel earlier in the week, this time featuring my chums and I playing Creature in the Well. It’s an interesting little game, blending hack n slash with pinball gameplay to make something that’s pretty unique and interesting.

I’ve continued to slowly make my way through The Outer Worlds too, I’d even say I was relishing it. It’s the first time in a long while that I’ve really been engaged in the “role-playing” aspect of a role-playing game, thanks to the huge range of skills and dialogue choices, as well as little touches like the character flaws you can adopt in exchange for perk points. It’s made me realise just how less I invested I was in Fallout 4 thanks to it stripping out the skills and adding a fully voiced protagonist. My Outer Worlds space buccaneer feels so much more like my own character in comparison.

Becca: This week I spent a lot of time cleaning up creepy ghosties in Luigi’s Mansion 3. I was totally blown away by it. I love everything about it including: the differently themed levels, Gooigi, Polterpup, King Boo being a bad ass and lots and lots of sucking up moneeeeeyyyy.

I also spent a lot of time this week with the new fitness venture from Nintendo, Ring Fit Adventure. And boy am I sore. It’s a genuinely great workout and I can’t wait to get home and play it at the end of the day. The best part? I don’t have to leave the comfort of my bedroom and my cat can watch me and be judgemental.

I also played the puzzle game, We Were Here Together. The puzzles are incredibly difficult and complicated, but I still really enjoyed the first three or so hours until my friend and I got impossibly stuck. Lastly, I played the pixel horror game Just Ignore Them which is a short, creepy adventure with puzzles that will have you scratching your head, but aren’t likely to keep you too confused for long. Unlike another game I mentioned, cough, cough.

Chris: I’ve also been finishing up The Outer Worlds; I’m hoping there’s something I missed because having to choose between two factions seemed like a step backwards compared to Fallout: New Vegas. The fact I was shooting anyone who crossed my path, rather than negotiating with them, might have had something to do with that.

I also took a look at Arise: A Simple Story, which was a fun, time-meddling platformer, though I’ve a feeling it’ll get grimmer as it goes on. When the first level’s called ‘Joy’, there’s a strong chance things will go downhill from there. Death Stranding is also about to pop through my letterbox but I suspect I’ll be putting it off until I’ve got a bit more free time.

The discord around Death Stranding is almost a game in itself; I’ve heard enough about it to expect I’ll enjoy it. But labelling it high art, and knocking anyone who doesn’t agree, is out of order. This is a game where you can scarf Monster Energy drink and use your piss and poo to make grenades, for crying out loud.

Stan: I’ve been creeping around this week with a vacuum cleaner. I can tell you it’s been pretty scary. It’s not easy work, and honestly so much of doing it puzzles me. Worst of all, I don’t even get a thank you from my wife. It’s like she doesn’t even appreciate me playing Luigi’s Mansion 3 as much as I do.

I am absolutely loving Luigi’s latest adventure, and not just because I love hotels (I mean, who doesn’t, right?). A highlight for me was the boss on the floor based on movie sets. Running around a small city, facing some kind of Godzilla-like boss was so cool. I may not be learning any vacuuming skills at all, but Luigi’s Mansion 3 is such a good time.