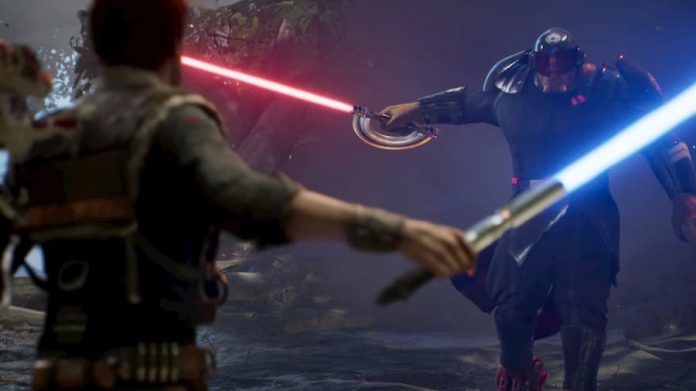 What’s that I hear? Could it be… the sound of an emptying release schedule?

I think it could be! After an absolutely manic two-and-a-half months, the games release schedule is finally starting to slow down. Which means we’re able to think about catching up and maybe, just maybe – but don’t jinx us – playing something from our backlog. Gasp.

It’s still been a busy week just gone though as the GameSpew team has continued to beaver away at those new releases. Here’s what we’ve been playing this week. Have a great weekend, everyone!

Rich: When Star Wars Jedi: Fallen Order review code landed in my inbox last weekend I was ecstatic. Cue 20 or so hours of me glued to the screen, following Cal Kestis’ journey from planet to planet with a huge smile on my face. Well, for the most part anyway. Read my review to find out more about my experience with it.

Star Wars Jedi: Fallen Order isn’t the only game I’ve been playing this week though, of course. I’m making my way through Death Stranding, which I’m enjoying more than I thought I would. Look out for a review of that next week. And I’ve also dabbled in a bit of Terminator: Resistance, which is exceeding my expectations. It’s a shame the same can’t be said for Stay Cool, Kobayashi-san!: A River City Ransom Story.

And finally, I’ve been putting more time into Need for Speed Heat whenever I can. I actually think it might be one of my favourite games of the year, which is really surprising. It’s nice that Need for Speed is good again.

Kim: I’ve mostly been playing stuff on Switch this week – well, I say “playing”; a lot of the time I’ve just had the Switch in my hands while I’ve been gawping at Rich’s game of Star Wars Jedi: Fallen Order on TV. At times it really was like watching a new Star Wars film.

But when I have been able to pay attention to my own screen, I’ve been playing quite a lot of Layton’s Mystery Journey on Switch. I last played some on mobile, and playing on Switch does make for a much more enjoyable journey. The story isn’t quite as captivating as previous Layton games, but I can’t get enough of the puzzles. I’ve also played Bubble Bobble 4 Friends, the latest iteration of the 80s arcade classic. It’s cute, and with a few extra features it’s essentially a prettier-looking version of the original.

I’ve played some Planet Zoo on PC, which is hard to get to grips with – as my tales of woe and losing two chimpanzees will attest. I’m looking forward to playing more though, and I’ll have a full review next week. Other animals I’ve spent time with include bees in Bee Simulator – it’s a bit rough around the edges, but it’s a cute adventure that puts you in control of a bee. Not something you get to experience every day, eh? Finally, I’ve put some time into Tracks: The Train Set Game, which is a delightful little sandbox that gives you free reign of building a digitised toy train set. It’s a great way to relax.

Chris: I reviewed Doctor Who: The Edge of Time which, while it has its moments, was pretty disappointing, especially when you compare it to the freebie BBC Doctor Who games that came out a while back. I’d gladly play a whole game based around the Weeping Angels section, but as it is, there’s no way of revisiting that section without replaying the whole chapter.

I also had fun with A Year of Rain which channels the spirit of Warcraft, including the daft dialogue you get when you click on a unit and I’m looking forward to getting my hands on it when the full game releases. But there’s something off about the way the game insists on you creating an account even if you’re playing offline which in turn gives the developers/publishers the right to harvest your Steam friends list. I’m hoping you won’t need an account to play the final version.

Finally, I’ve been revisiting Red Dead Redemption 2 and been doing my best to break the game. I’m mildly disappointed I can’t hog-tie Dutch and throw him under a train for his stupid, stupid plans, but being the bad guy is a lot of fun, especially when you know where the story goes. I’ve gone through about six horses so far, but I regret nothing.

Diggy: I reviewed Superliminal earlier this week, a perspective-warping puzzle game which you might be aware of thanks to a pretty impressive tech demo video that went viral almost six years ago. It gives you a pretty fun experience with tonnes of perspective tricks and optical illusions that all do a good job at tying your brain in knots. It felt a little bit shallow though, with an unfortunate absence of challenging puzzles or interesting narrative. It was ultimately enjoyable, but done with quickly and forgotten shortly after consuming, like a chocolate éclair.

Lots of people seem to have been enjoying Luigi’s Mansion 3 the last couple of weeks, and Pokémon Sword/Shield is launching today too so it’s been a good time for Nintendo. I unfortunately won’t be able to play either of them for a while because my Switch is still in the shop, by which I mean I never bought a Switch. I bring this up because I’ve been spending a lot of time this week thinking about whether I should get one. Universe, send me a sign! Finding a few hundred quid down the back of the sofa maybe, that sort of thing.

Becca: I jumped heavily back into Dead by Daylight this week because of its Halloween event coming to end. Turns out post Halloween depression is real because I’m sad to see it go. The newest Rift web just opened up as well so I’ll be playing as much as I can for the next few days to get all those extra yummy blood points.

I’ve also been doing a second playthrough of Luigi’s Mansion 3. The first time around I rushed through so I could see everything, but this time I’m being a perfectionist and trying my best to collect everything – which I never do – so that’s how you know I love this game. My dad and I have also been playing more of Borderlands 3. We’ve gone to a bunch of different planets and ended up back on Pandora now so we imagine there isn’t too much of the game left, but who knows? Only everyone who has already beat the game.

Finally, I played the adorable Sparklite. Although my friend and I were disappointed by the co-op features, the game is pretty fun when played alone. Especially if you’re a fan of games like The Binding of Isaac or Rogue Legacy.

Stan: I’ve been sucking up ghosts like nothing this week. Is there anything better than vacuuming it half way, and then smashing them around the room? I also tried doing this recently when I was vacuuming the house, but I just ended up smashing the coffee table. Maybe I should just keep the vacuuming to Luigi’s Mansion 3, right?

I am also so excited for this upcoming week! Jedi: Fallen Order, Pokemon Sword, and Football Manager 20! Quite frankly I am going to be a complete hermit this week because I don’t want to leave the house. I am going to be a Pokémon Champion, who manages Portsmouth, and a Jedi. Not bad for a week’s work.