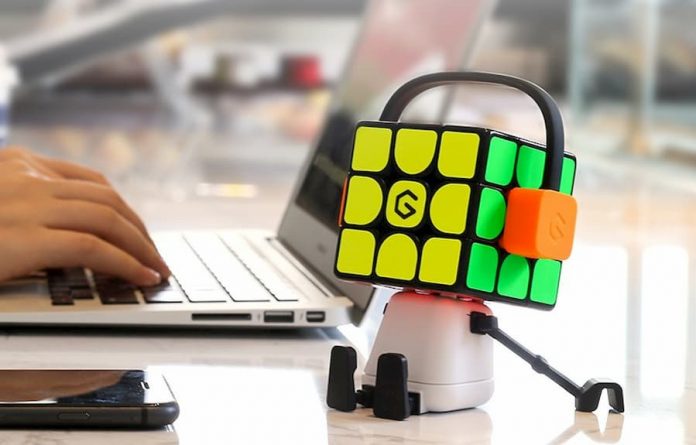 Everyone’s fiddled with a Rubik’s Cube at some point in their lives.

The colourful square challenges players to jumble it up, then put the colours back where they should be. It’s an easy task on paper, but anyone who has ever tried will attest that it requires a logic that some of us just don’t possess. Though even for those of us who can’t figure Rubik’s Cubes out, they’ve always been a nice little toy to fidget with.

Chinese tech company Giiker decided to modernise the Rubik’s Cube by injecting a bit of technology into it: the Supercube i3 connects to an app to allow the cube and its user to engage in various other games and challenges aside from the bog-standard make-each-side-a-solid-colour shenanigans offered by a standard Rubik’s Cube.

It’s actually pretty neat how it works. Once your cube is connected to the app, it registers every movement made almost instantly. So the app will know exactly how your cube is laid out, and it’ll know exactly what part you move, and when. It’s nifty.

Look how cute it is too! Perhaps anthropomorphising a Rubik’s Cube is a bit weird, but it works. The ‘headphones’ are the charger: there’s a USB socket under one of the ears, and both sides slot into two tiny holes in the cube itself. And the body? Well that’s just for fun. It’s a handy place to keep your cube rather than shoving it away in a desk. And if you can make it into a good little cube boy, then why not?

Whether you’re an absolute Rubik’s Cube noob or a seasoned pro, you’ll find some functionality in the app that’s useful. You can challenge other people to see how fast you can solve the cube – and surprisingly, people are online to play against; you can solve a variety of other patterns, rather than solid colours; and you can play through a series of puzzle challenges.

The puzzles are perhaps my favourite part of the app. You’ll be shown an illustration of your cube, along with a figurine stood on one part of it. The app will ask you to move that figurine from one position to another, and you’ll need to move your cube the right way in order to make that happen. Annoyingly, there’s only one correct solution – the quickest way – so if you make one wrong move it counts as a fail.

For absolute beginners, there’s also a tutorial that will attempt to teach you the basics of solving a cube. I say ‘attempt’, because its methods aren’t the most straightforward and unless you’re already somewhat acquainted with the art of solving a Rubik’s Cube you’re still likely to come away confused. But it’s a good place to start. 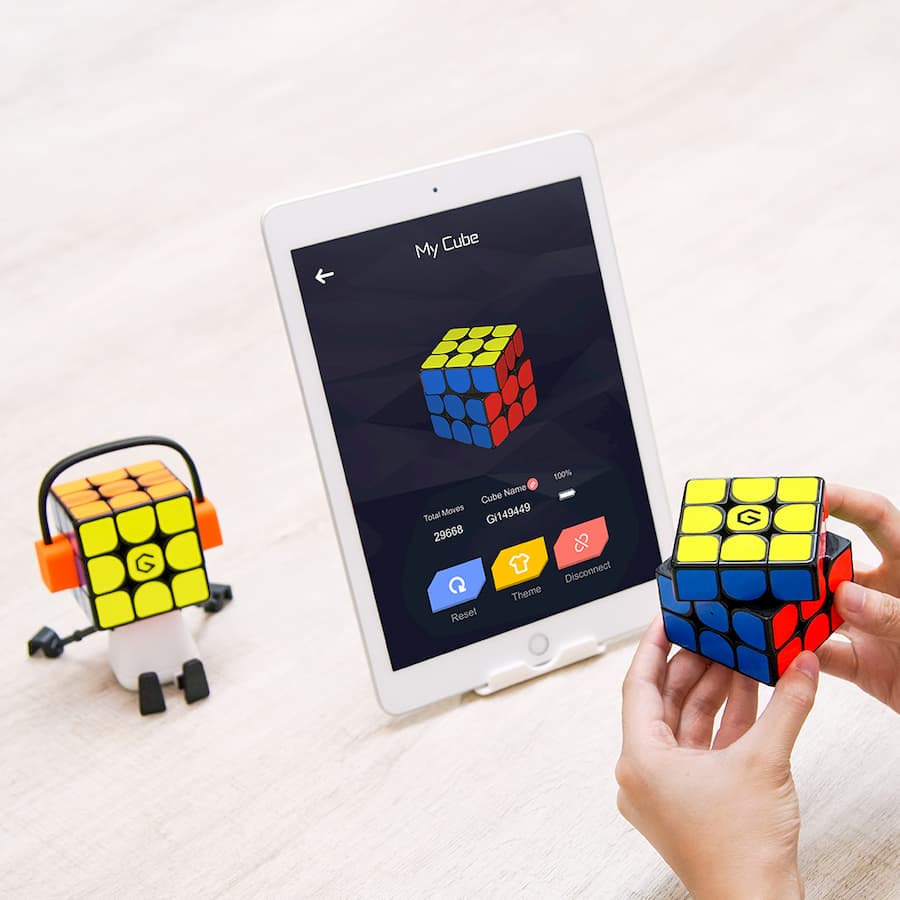 Even if you just want to take things into your own hands and play with the cube as Ernő Rubik first intended, the app has some uses. Should you be unable to solve it yourself, the app will show you the moves you need to make in order to complete it. Just going through the motions of solving it while the app guides you is something of a lesson in itself, and for some people this may actually prove more useful than the Super Cube’s app tutorial.

If you’re wanting something else to do with your hands instead of scrolling mindlessly through Twitter or playing yet another Candy Crush clone, the Giiker Super Cube could be what you’re looking for. It’s cute, it’s fun, it challenges you, and it’s satisfying to play with. While it’s quite a bit more than a bog-standard Rubik’s Cube, retailing somewhere around £40/$45, the app functionality goes a long way to make this something rather more engaging.

Want to support GameSpew? Buy a Giiker Super Cube using our Amazon affiliate link. It won’t cost you anything extra, but we’ll get a small slice of the purchase.