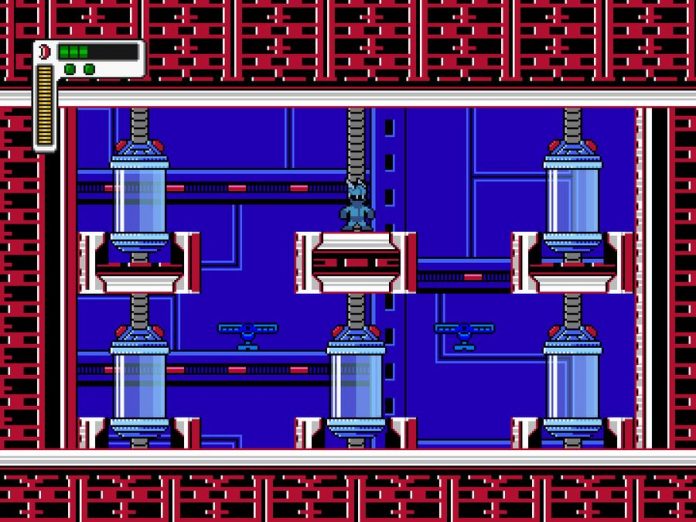 True, this isn’t the first time a game has paid tribute to Capcom’s Blue Bomber, nor will be the last. But with its budget price, it’s arguably a better investment than Mighty No. 9, the game that was supposed to the next-gen Mega Man but ended up disappointing a lot of people.

It emulates Mega Man right down to the stage select screen, the NES-style graphics and the robotic blue hero’s charging attack. In fact, I wouldn’t be surprised if the game started life as an actual Mega Man fan game and then subtly transformed into its current incarnation.

Alphaman throws in the odd dab of satire, featuring a robot who starts his own religion and also drops a few of the less entertaining aspects of the original Mega Man. 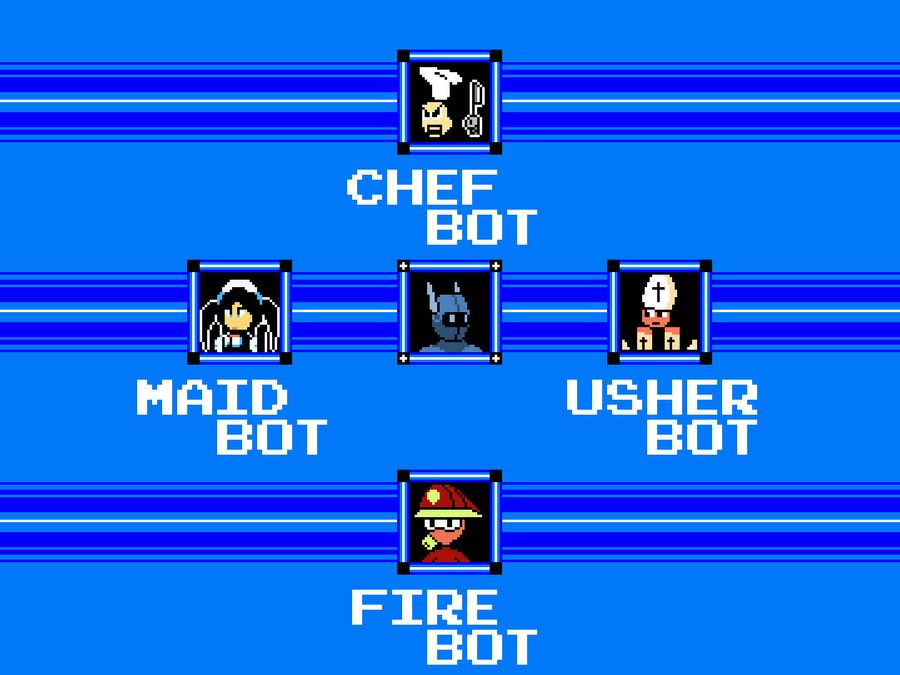 As you roam around each level, typically going from left to right, you don’t have to worry about enemies respawing because you’ve stepped two pixels away from the specified positions. It’s also easier to perform pixel-accurate jumps than it is in the original Mega Man, but Alphaman did rub me up the wrong way a couple of times by not making it clear which pit I had to jump down and which meant instant death.

Alphaman carries on the legacy of the Blue Bomber and, since Mega Man 12 is missing in action, it’s worth a look if you’re a fan of the series’ gameplay. The daft bosses are worth the price of entry alone and while it’s not a cake walk, Alphaman is short enough that irritation never sets in.

If you’re missing Mega Man then Alphaman will be right up your murder-bot filled street.