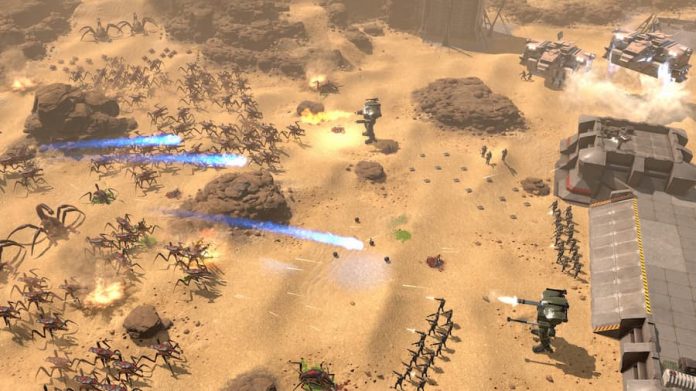 Though Paul Verhoeven found fame and acclaim for such classic films as RoboCop and Total Recall, his 1997 sci-fi military satire Starship Troopers didn’t get the kind of widespread appreciation that it deserved, especially at the time it was released. It did develop cult status however, and now The Aristocrats and Slitherine Ltd are hoping to reignite the franchise with an upcoming RTS game, Starship Troopers – Terran Command.

With humanity under threat from vicious arachnids, players must take command of the Mobile Infantry to do their part for humanity. The game will feature Planetary Campaigns in which players fight for control of a whole planet, using various units and their different abilities tactically to overcome the swarm.

As described on the game’s Steam Store page, remaining obedient to the orders of Terran Command will win you special unit types that will give you an edge on the battlefield, though these orders may often seem ruthless and costly. This sounds like an interesting way to develop the anti-war, anti-fascist messages of the original film into gameplay.

Starship Troopers is no stranger to rubbish sequels and spin offs, but if Terran Command manages to include some of the satirical themes from the original film, then it might break the pattern. Let’s just hope it’s not just another excuse to slap a recognisable brand on a standard gameplay model.

Check out the trailer below!