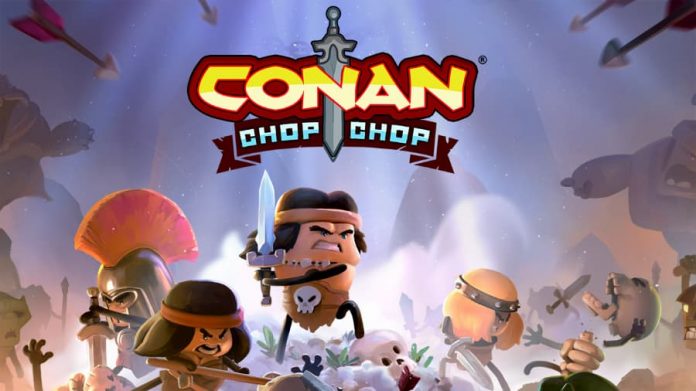 Everyone thought Conan Chop Chop was an April Fool’s joke when it was first announced. People are generally distrustful of everything they hear about on April 1st, but a cartoony action-adventure party game set in the Conan universe? That sounds especially unbelievable, even though it would obviously be amazing.

But lo, it was revealed at E3 later in the year to be officially not a hoax!

Though it was originally scheduled for release in September, Conan Chop Chop was delayed until 2020, mainly to include a much-requested online multiplayer option. But Mighty Kingdom and Funcom have now confirmed that we can look forward to chop-chopping some ghouls, imps and other beasties on February 25th 2020.

Coming to PS4, Xbox, Switch and PC, you can play Conan Chop Chop alone or with up to three friends, both online and locally. Check out the special holiday-themed release date trailer below, or head over to the game’s official website for more information.