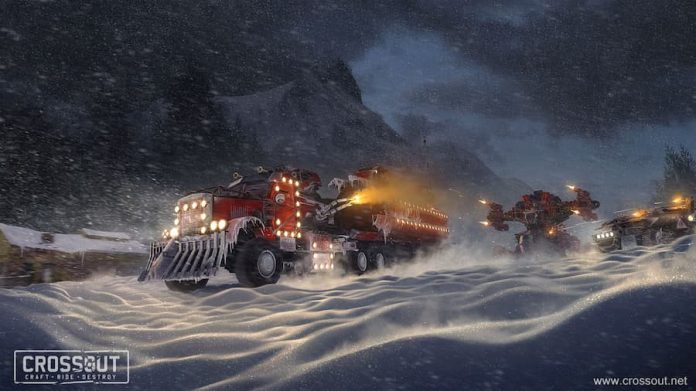 Targem Games and Gaijin Entertainment have announced the release of the “Snowstorm” Content Update, bringing some festive cheer to the post-apocalyptic online vehicular action game Crossout.

“Snowstorm” brings a new brawl event, in which a truck loaded with gifts must be protected at all costs from hordes of scroogey thieves. Running until January 13th, top-performing players in this holiday event will win special crackers that can be exchanged for a bunch of awesome festive New Year’s cosmetics.

The new PvP map “Naukograd” was once a hub of scientific discovery and research, as scientists studied the area’s underground geysers and their potential as a soure of geothermal energy. When the geysers became active, however, the ground sagged and the buildings were destroyed. Now it is a popular playground for wasteland warriors.

A new armoured vehicle, the “Icebreaker”, is also available from the Gaijin Store as part of the premium Frostburn pack until January 31st. Equipped with the epic “Locust” rocket launcher, this machine can deal some serious damage as well as it can take it.

Crossout is available to download and play for free on PlayStation 4, Xbox One and PC. Check out the new trailers for the Present Heist event and new Naukograd map below, or head over to the game’s official website for more details. 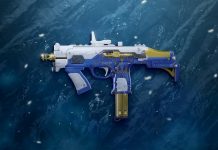