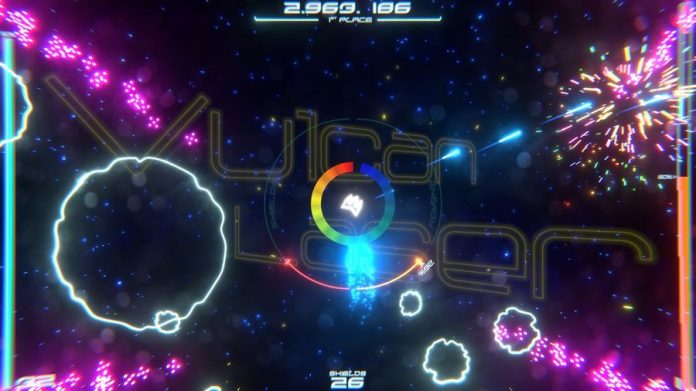 There’s debris.. and there’s an infinite amount of it!

Yes, this is another game which was probably named by throwing a Scrabble set at a wall, but it’s an excellent little shooter.

Debris Infinity starts off deceptively easy, pitching your tiny craft against floating space-rocks, a lot like Asteroids. It’s only when you come across rocks that take up a third of the screen that you realise you’re in trouble. And it doesn’t get any easier from there. You no longer have the time to gawp at the eye-pleasing neon graphics, as the game dials up the difficulty and you’re dodging star-shaped spacecraft. And then you’re dead.

But Debris Infinity, sadistically difficulty as it may be, has that just-one-more-go quality that will have you coming back for more. There’s always the push to beat your own score, but what makes it so appealing is the wonderfully absurd range of enemies it throws at you. Whether you’re tackling the time attack, normal, or enemy wave modes, you’ll greet each new arrival with a mixture of mortal fear and glee. 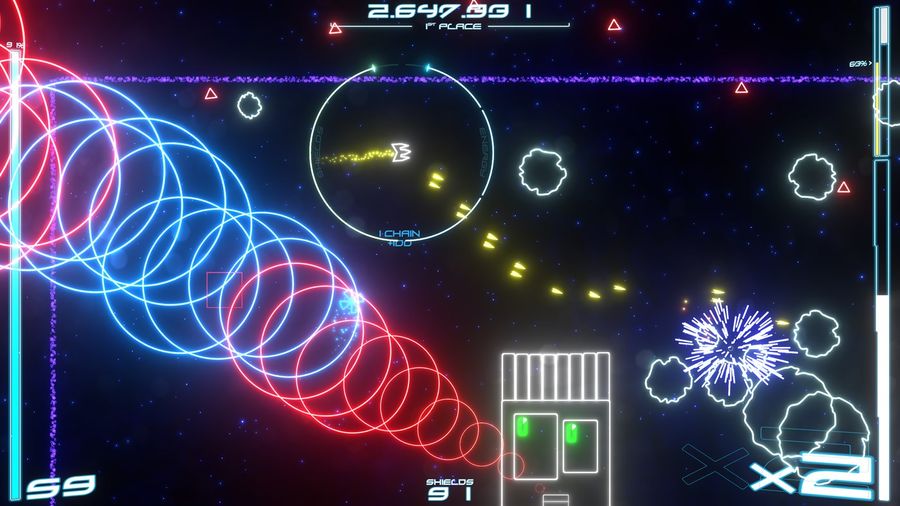 There’s also a degree of resource management involved in tackling Debris Infinity. Aside from the now obligatory screen-clearing bombs, you can activate bullet time to slow down your ship in return for a chunk of energy.

The snag is that, as fun as it is to use, you’re also afraid to employ it for fear you won’t have it when really need it. Yes, you annihilated that wave of enemies who, thanks to their creative attack pattern, left you with no choice but to go full slow-mo. But what are you going to do about the giant head that’s just lumbered onto the screen? 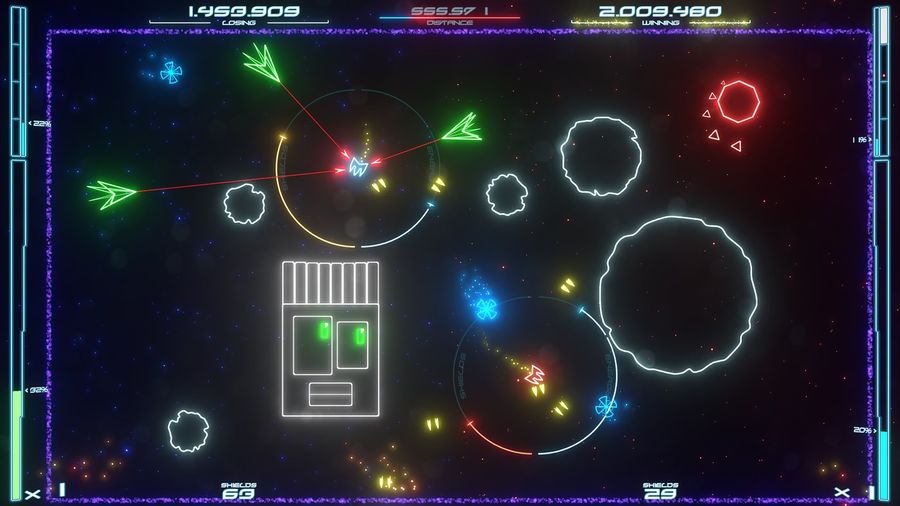 Debris Infinity is even more fun if you can rope in a second player, though whether you co-operate or avoid taking out an asteroid so it can murder your ‘friend’ is up to you. I’d love to have seen a mode where you shared one shield, just to escalate the animosity. But whether you’re tacking Debris Infinity in single or multi-player mode, there’s a lot to love here. Like Terrawurm, it’s another game that cries out to be crammed into an arcade cabinet, where people can wander up and try to beat your high-score.

But even with a joypad, Debris Infinity is a frenetic, trippy outing that’s well worth the bargain-basement entry price. It’s available now on PC, Switch and Xbox One.