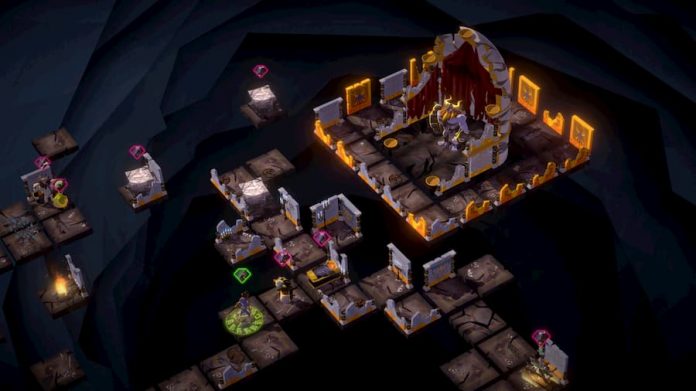 Inspired by RPGs such as Darkest Dungeon, Slay the Spire and Hand of Fate, A Long Way Down is a deck-building roguelite arriving on Steam in mid January.

Developed by Seenapsis Studio, A Long Way Down will be launched onto Steam Early Access on January 16th, with plans for a full release after 4-8 months.

Set in a dark and corrupted world, you find yourself trapped in a maze controlled by a sinister mastermind. As your make your way through the darkness to find a means of escape; you will build your deck to determine how you explore the dungeon, meet fellow adventurers and recruit them to your party, upgrade your equipment and fight through countless deadly monsters.

In its initial early access state, A Long Way Down will contain 2-3 hours of gameplay, around 40 cards, 3 playable characters and a dozen types of enemy creature.

A Long Way Down will be coming to PC on January 16th, via Steam Early Access. Check out the new announcement trailer below, or head over to the game’s Steam Store page for more information.