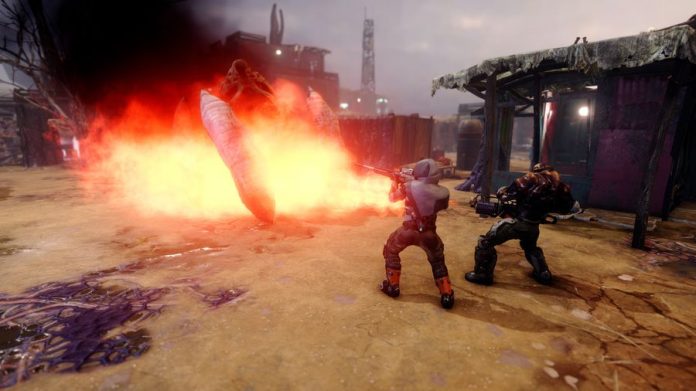 In less than a year the current generation of consoles will be last gen. Both Microsoft and Sony will be going toe-to-toe once again with new machines, vying for a place in our living rooms. To be honest, we’re pretty excited about it. Base consoles just don’t provide great experiences anymore, not when compared to those on PS4 Pro and Xbox One X, anyway. And just imagine what games will be like developed specifically for consoles more powerful than those.

But, we’re getting ahead of ourselves. There are still many more months of new releases for the consoles still sitting under our TVs to look forward to. Although there aren’t that many in December. Here’s what we’ve got to look forward to this month.

If you like emotional stories you should probably give Arise: A Simple Story some of your time this month. Conveying the story of a man’s life without any dialogue, it’s touching, although there are some frustrations.

Read our review of Arise: A Simple Story

If you love XCOM, you’re probably going to love Phoenix Point. We’ll have a review up very soon, so look out for it.

It’s Darksiders, but with a different perspective. While we wait for Darksiders 4 to materialise, Darksiders Genesis is here to provide some co-op goodness. Look out for our review later this week.

The first entry in the Star Ocean series makes its way to PS4 and Switch as Star Ocean First Departure R. With remastered visuals and new voice acting, JRPG fans are likely to lap this up.

Already available on PC (you can read our review here), Ancestors: The Humankind Odyssey finally arrives on PS4 and Xbox One. With bugs quashed and tutorials added it should hopefully be a better experience. We’ll have our impressions up later this week.

With new content, AVICII Invector is finally hitting Xbox One and PC this month as well as being re-launched on PS4. If you like music-rhythm games it’s definitely worth keeping your eye on. A percentage of the game’s sales will go to the Tim Bergling Foundation, while Hello There Games and Wired Productions will make a further donation per unit to the mental health charity Safe In Our World. We’ll have a review of the game before launch.

A Metroidvania starring a raccoon and a llama, SuperEpic is out to tickle your funny bones mid-December. Look out for our review soon.

We’ve rather liked the first two episodes of Song of Horror. The third episode arrives later this month, and aims to continue scaring us silly.

A new game from Keita Takahashi, creator of Katamari Damacy, Wattam looks suitably crazy. If you like games that are weird and wonderful, you’re probably going to want it.