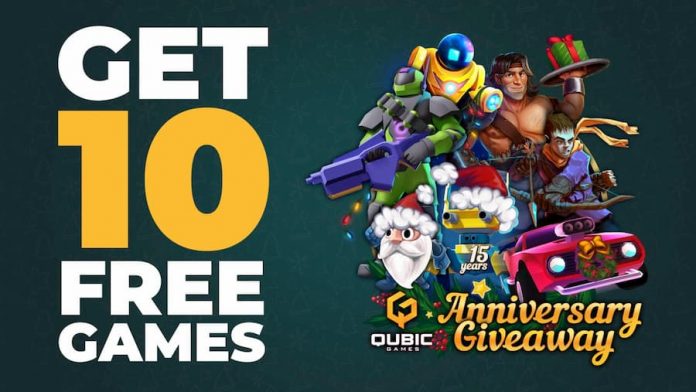 In celebration of the studio’s 15th anniversary, QubicGames are giving away ten Nintendo Switch titles for free over a ten day period.

Indie game developer and publisher QubicGames has officially been putting out games for 15 years, so the studio has decided to get into the holiday spirit and reward players with its own advent calendar, but with free games instead of chocolate!

If you want to claim your holiday gifts, the first step is to download any title released by QubicGames on the Nintendo eShop. This can be a paid game such as Jumping Joe & Friends, or a free one like Coloring Book. After you have a title from QubicGames in your library, you will be able to download Robonauts for free any time before December 15th.

This will activate the chain reaction of free giveaways, continuing with Geki Yaba Runner on December 16th. From this point, each game will only be free for a single day, so you’ll need to stay on the ball to make the most of the offer.

On December 17th you can claim Puzzle Book, One Strike on the 18th, Wreckin’ Ball Adventure on the 19th, Koloro on the 20th, #RaceDieRun on the 21st, REKT on the 22nd, Mana Spark on the 23rd, and a mystery game on December 24th which will be revealed later on.

Check out the Anniversary Giveaway video below, or head over to the official QubicGames website for more information.