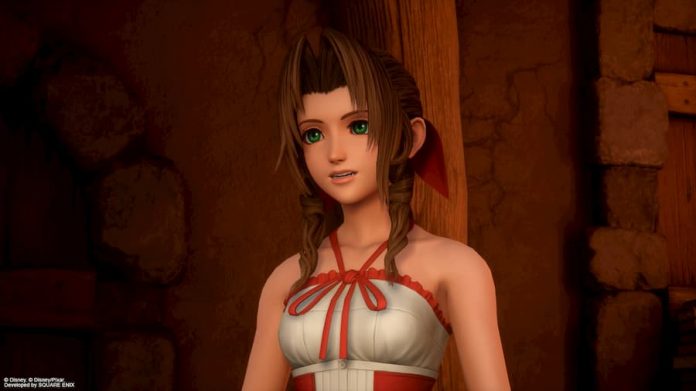 Continuing the adventures of Sora and friends, Re Mind will be coming to PlayStation 4 on January 23rd and to the Xbox One on February 25th.

A new trailer gives us a glimpse of Aerith, a fan favourite from Final Fantasy VII, and one of the new characters appearing in the Re Mind DLC. Players will face multiple new boss battles, a secret episode, new gameplay challenges and more; as Sora discovers new revelations along his journey.

A free patch will also be coming to Kingdom Hearts III in January, bringing an update to the main story and new abilities along with two additional keyblades, Oathkeeper and Oblivion.

Kingdom Hearts III is available on PlayStation 4 and Xbox One. Check out the new Re Mind trailer below, or head over to the game’s official website for more information.

Want to support GameSpew? Buy Kingdom Heats III using our Amazon affiliate link. It won’t cost you anything extra, but we’ll get a small slice of the purchase.