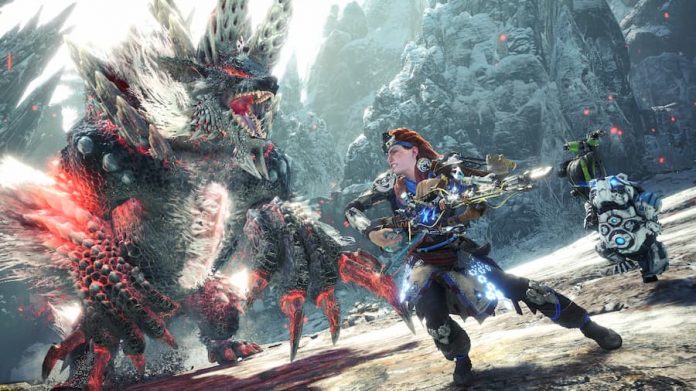 The latest update is now available to Monster Hunter World: Iceborne players on Xbox One and PlayStation 4. A subspecies of the Zinogre has been added, as well as a tempered Elder Dragon and a new region in the Guiding Lands area.

The Stygian Zinogre uses dragon elemental powers to present an even greater challenge than its electrified counterpart. Those who are victorious in slaying this beast will be able to craft new powerful equipment with a threatening red and black colour scheme. The Guiding Lands expand with a new Tundra Region, offering players exclusive crafting materials that can increase the maximum weapon augmentation level. Be careful as you explore though, as you might have to contend with the vicious Barioth and Viper Tobi-Kadachi.

All those Monster Hunters playing on PS4 will also get to experience a new round of collaboration quests with Horizon Zero Dawn: The Frozen Wilds, available from December 13th. Craft new equipment based on the Shield-Weaver armour, and upgrade the Stormslinger weapon from November’s crossover event.

Monster Hunter World: Iceborne is currently available on PlayStation 4 and Xbox One, and will be coming to PC on January 9th. The base game Monster Hunter World is required to play the Iceborne expansion. Check out the recent Developer Diary video below to learn more about the title update, or more info about the game head over to the official website.