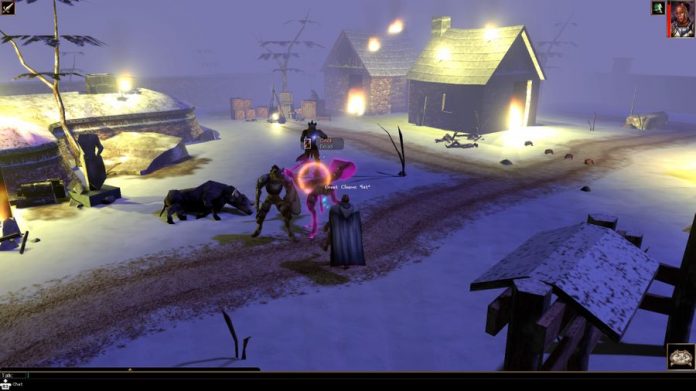 Charging full price for a game that’s over 17 years old might seem cheeky, but Neverwinter Nights: Enhanced Edition packs in all the expansion packs and premium content for the 2002 game, giving you a game that will last you 100+ hours – if dungeoneering is up your alley, that is.

It’s a remaster rather than a remake, so it hasn’t been given much of a graphical face-lift, but the real enhancement here is making the game so accessible to console players.

It helps that you have two additional party members at most, which the game charitably refers to as ‘henchmen’, both managed by AI. But you can manage virtually every aspect of your character, blending classes and skills, something that can be fiddly with a mouse. While Neverwinter Nights‘ PC roots are evident, the console controls rarely frustrated me.

If you’re coming off playing something like Skyrim, then Neverwinter Nights’ combat might seem a little uninvolved, but the truth is that it’s the skill-checking, dice-rolling core of the game that determines your success. I grew to love Neverwinter Nights’ stats, which are a more ‘realistic’ approach to fighting than letting you win just because your opponent is too stupid to stop you circle-strafing them. There’s no tapping a key to roll – if you’ve got the skill, it’ll be factored into each fight. It means that fights aren’t particularly dynamic, but it’s still entertaining to watch the stats scroll up, informing you just how badly you maimed your opponent, or how deeply they crammed their knife into your eye socket. 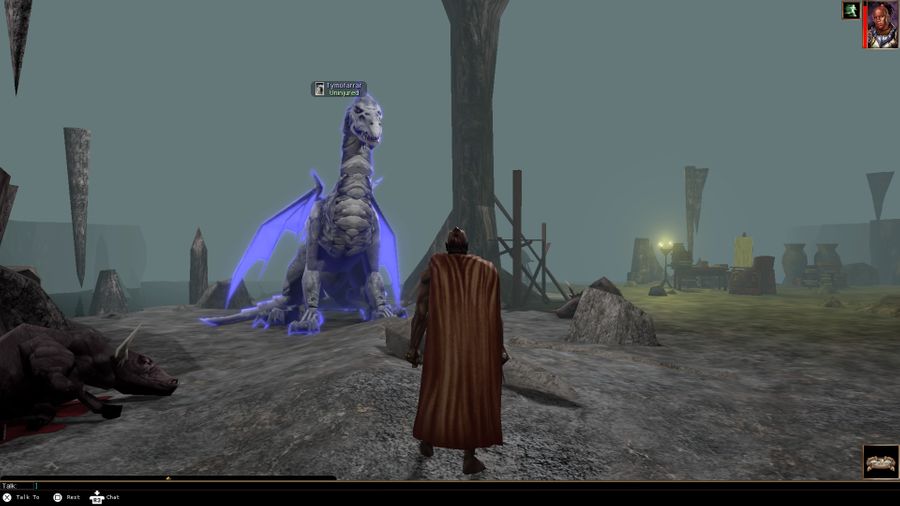 I also love how unforgiving Neverwinter Nights can be. You may be a newbie dungeoneer (or traveller, since a lot of the action takes place above ground), but it won’t ever coddle you. I got killed because, after opening every chest in the game’s training area, I put my hand on a big imposing door and got incinerated for my troubles.

You’ll be pitted against the usual fantasy enemies, goblins etc, but since Neverwinter Nights draws upon D+D’s Forgotten Realms sub-world, there are plenty of surprises. The game’s story is pretty good, but it’s the expansion packs that take the narrative up a notch, putting you in some unsettlingly strange situations. And, for the most part, you’re free to roam, taking on a wide variety of side-quests, most of which are worth investigating. 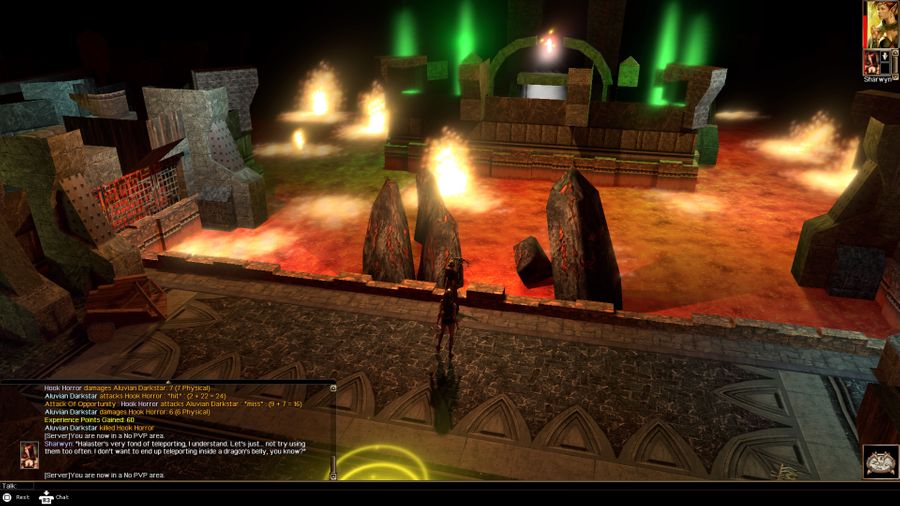 What does prove a little disappointing, though, is how ugly the interface can be. As console-friendly as Neverwinter Nights: Enhanced Edition is, it’s a little jarring to be confronted by a DOS-era display. Reskinning the menus would have done wonders. The angular NPCs aren’t that distracting, but pausing to set up your next physical or magical attack risks pulling you out of the game. Even a change of font would have helped.

Still, Neverwinter Nights succeeds by delivering a pure Dungeons and Dragons experience which, while slower-paced than some, gives you an almost unprecedented level of character control – and is wonderfully atmospheric with it. The ability to get out of your depth, something that’s missing from a lot of modern titles, adds to the appeal.

Throw in a handful of twists, the ability to play Neverwinter Nights: Enhanced Edition online, and you’ve got a game that’s largely stood the test of time. Whether it’s worth the the hefty asking price, however, hinges on how committed you are to the world of Dungeons and Dragons.

Want to support GameSpew? Buy Neverwinter Nights: Enhanced Edition using our Amazon affiliate link. It won’t cost you anything extra, but we’ll get a small slice of the purchase. 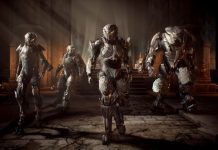 EA and BioWare Continue to Reveal More News About Anthem