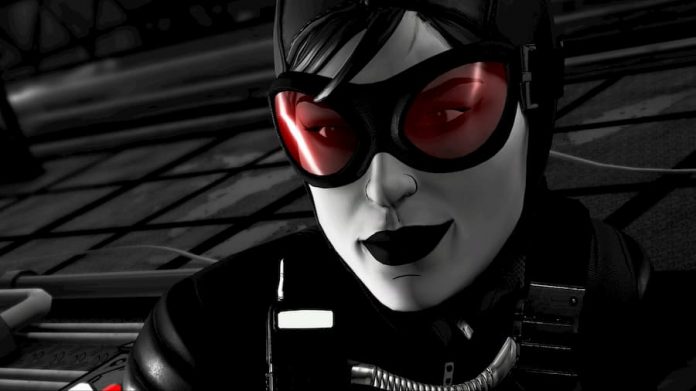 After dying and then being revived by LCG Entertainment, Telltale Games is back in business.

Development of The Wolf Among Us 2 has restarted, now using Unreal Engine rather than the Telltale Tool, and while the status of other previous Telltales series such as Tales from the Borderlands, Guardians of the Galaxy and Game of Thrones remain unknown, the new Telltale does at least have the back catalogue rights to Batman in addition to The Wolf Among Us and a host of additional original Telltale games.

The first fruits of LCG Entertainment’s acquisition is Shadows Mode for both Batman – The Telltale Series and its sequel, Batman: The Enemy Within. It’s available now on PS4, Xbox One and PC as a paid piece of DLC or included in a new bundle which includes both games. It’s decently priced, too. Shadows Mode for both games can be yours for around £3.99/$4.99 if you already own them, or you can buy the bundle including the games for £24.99/$29.99.

So what does Shadows Mode entail, exactly? Well, it gives both games a new film noir-esque look. The majority of colour is stripped out, making the visuals more moody. It basically makes the games are black and white, but with some details in colour and others, such as exit signs and lights on gadgets, emitting a neon glow. It’s not groundbreaking and doesn’t affect the gameplay in any way, but it presents a good reason to return to the series, which is actually pretty good.

It is also claimed that Shadows Mode includes remastered textures. It’s a hard one to judge thanks to the new visual style, and it’s been a while since I’ve played either game, but playing on Xbox One X, Batman – The Telltale Series does look and perform better than I remember. Regardless, there has surely never been a better time to play Telltale’s take on the Batman mythos.