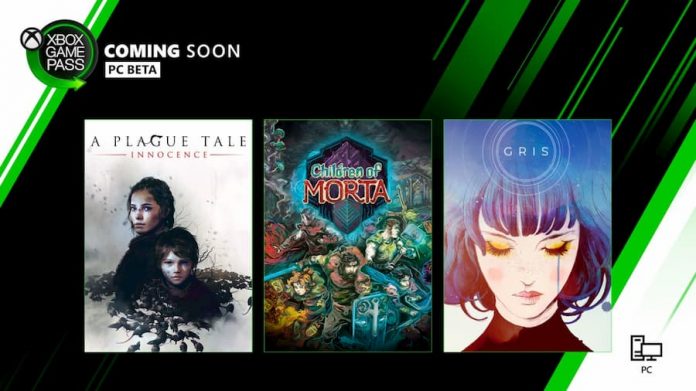 Microsoft has announced three acclaimed titles that will be coming to Xbox Game Pass for PC this month – which you can now get for just £1.

While Xbox Game Pass for PC is still technically in its beta phase, it’s hard to deny just how good of a deal it is. Plus, from now until February 13th the deal is even better, as you can get your first three months for just £1, buying you access to over 100 PC games including this month’s newest additions: A Plague Tale: Innocence, Children of Morta and Gris.

A Plague Tale: Innocence is a horror-tinged stealth puzzle game with a strong narrative and a thick, grim atmosphere. Escort young Amicia and her little brother Hugo through a brutal world, and one of the darkest periods of human history, in order to survive and find purpose.

Children of Morta combines elements from both roguelikes and traditional linear RPGs, managing to keep gameplay fun and varied while telling an engaging story with characters you care about. Living in the shadow of the mysterious Mount Morta, it is the duty of the Bergson family to protect the mountain from dark forces, before they consume the ancient Gods that reside there.

Gris is a visual masterpiece, with a striking art style, beautiful animation and a score that elevates the whole experience fantastically. Face platforming, puzzles and optional skill challenges as you explore the eerily atmospheric world and unravel its story.

Find out more about Xbox Game Pass for PC and this month’s new additions, head over to the official Xbox news site.