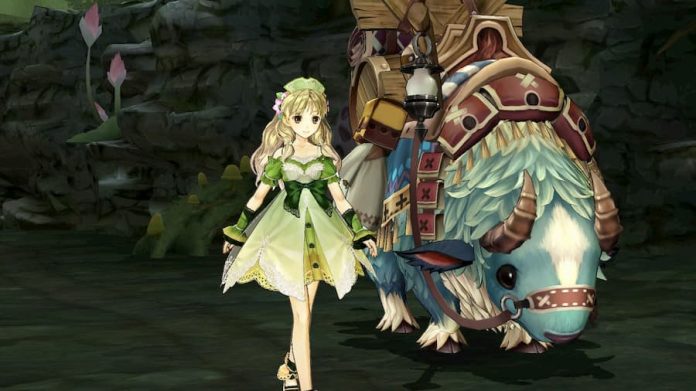 Much like the Vita did in its heyday, the Switch is quickly becoming a haven for JRPG fans.

The latest to join its impressive lineup is the Atelier Dusk trilogy: a trio of quality JRPGS originally released on PS3. You can buy them separately if you want, but the best way to pick them up is via the Atelier Dusk Trilogy Deluxe Pack. After all, if you like one of them, chances are you’ll enjoy all three – and by buying the Deluxe Pack you’ll score yourself a decent discount. And worry not if you want to get in on the action but don’t have a Switch: the trilogy is also available on PS4 and PC.

Being the Dusk trilogy, none of the games in the Atelier Dusk Trilogy Deluxe Pack rely on you having previous knowledge of other games in the long-running Atelier series. Truth be told, you don’t even need to play the Dusk trilogy in the order that they were released, either. Each of the stories told in Atelier Ayesha, Atelier Escha & Logy and Atelier Shallie are largely independent of each other, though you may find some recurring characters popping up in all three. To that end, and the fact that they all do take place in chronological order, it does make sense to play them in the order they were released, but it’s not necessary to enjoy them.

While Ayesha is the sole focus of Atelier Ayesha, Atelier Escha & Logy and Atelier Shallie both shake up the formula a little by having two playable characters share the spotlight. Whichever character you chose to play as in those two titles, however, the gameplay flow pretty much remains the same, and the story doesn’t unfold much differently, either. Still, with each game having multiple endings to discover, Atelier Escha & Logy and Atelier Shallie at least offer up a different perspective for another playthrough. 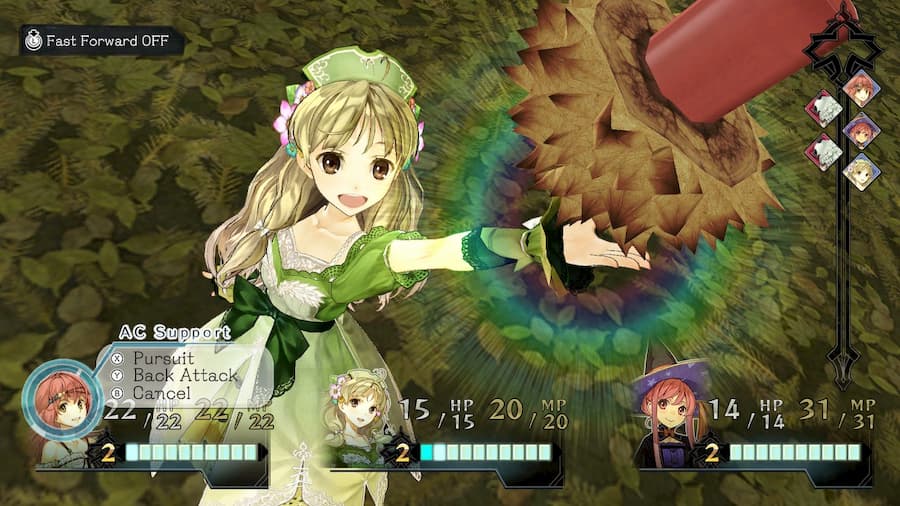 A series known for its lighthearted tone, all three games in the Atelier Dusk Trilogy Deluxe Pack have their comedic moments. Atelier Ayesha is the more serious of the three though, with a story that sees young Ayesha trying to find a way to save her sister Nio, who was assumed to be dead. The focus of its story means it moves along at a brisk pace, while Atelier Escha & Logy drags until its story picks up in the later stages of the game. Atelier Shallie strikes a happy medium between the two, wasting less of your time with what feels like busywork compared to Escha & Logy, but still being a little leisurely.

Across all three games you’ll spend much of your time gathering resources when not watching the story unfold. You’ll visit fields occupied by enemies, which are suffocatingly small outside of Atelier Shallie. Many may find this to be a boon, though, as it means you rarely get bogged down with repetitive adventuring or grinding; these RPGs can be enjoyed in bite-sized chunks rather than demanding epic playing sessions. While all three games sport traditional turn-based combat with characters acting depending on their speed, the options available to you expand with each entry, too. The combat in Atelier Shallie really is head and shoulders above that found in Atelier Ayesha. 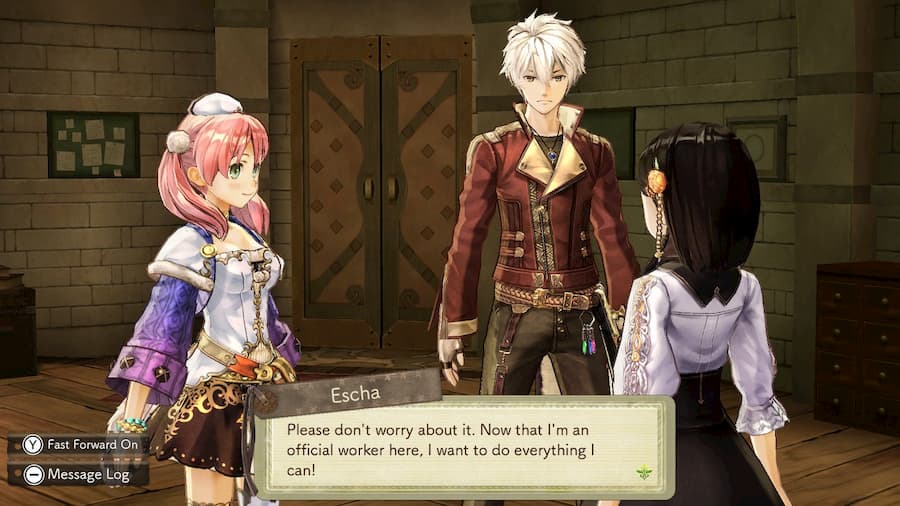 Of course, being Atelier games, alchemy plays a large role. The materials you gather need to be put to use crafting new items which will help you on your adventure. And one thing all of the Atelier Dusk trilogy’s main playable characters have in common is that they’re all novice alchemists, so it’s up to you to develop their abilities. But synthesising takes time, as does travel and numerous other activities, and time is a precious resource. Unlike in other JRPGs, you don’t have all the time in the world to complete your goals in each of these Atelier entries, so dilly-dallying isn’t recommended.

Each game in the Atelier Dusk Trilogy Deluxe Pack comes enhanced for the new platforms they’re gracing. So, thanks to increased resolution and sharper textures, the adventures of Ayesha, Escha, Logy, Shallote and Shallistera have never looked so good. A wealth of the DLC made available for each title is also included, so you’ll find additional dungeons, characters and more as you make your way though them. 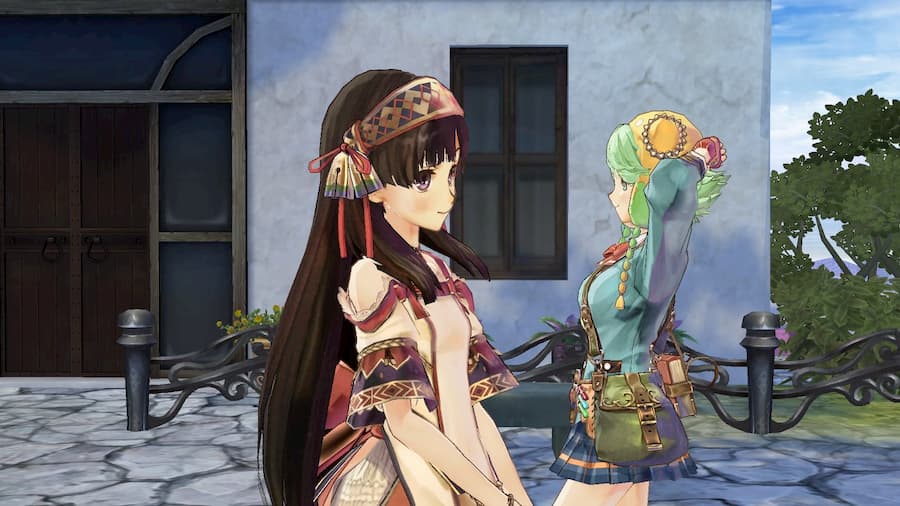 Additional new features include the ability to run, so you can make your way through fields at an increased pace and avoid enemy encounters if you wish, and there’s also a new fast-forward feature during battle. On the downside, while Atelier Escha & Logy and Atelier Shallie run like a dream on Switch, Atelier Ayesha does suffer from framerate problems. Being the laid back adventure that it is, it doesn’t matter all that much. But the performance issues might irk some.

All in all, the Atelier Dusk Trilogy Deluxe Pack is a great package. It’s true that Atelier Ayesha through to Atelier Shallie aren’t exactly the pinnacle of JRPGs, but they’re very solid nonetheless. And here you’re getting them enhanced and with a considerable amount of DLC. The only real downer in the whole affair is Atelier Ayesha‘s performance problems. If you’ve never played the Atelier Dusk games before and are after some JRPGs to sink your teeth into, you’d be wise to pick the Atelier Dusk Trilogy Deluxe Pack up. Though with the numerous enhancements and additions, even those that do have experience with them might want to double dip.