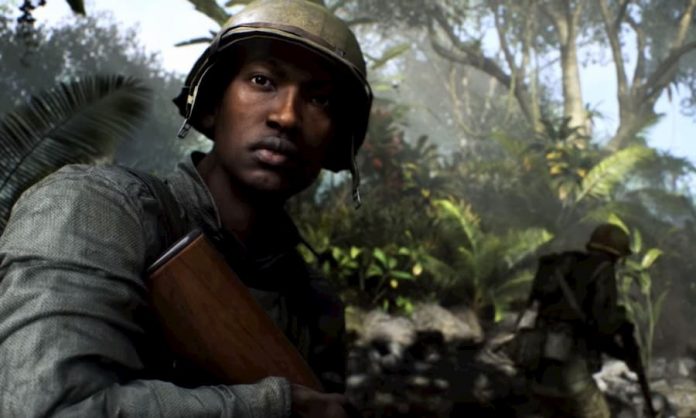 If you’re a Battlefield V player, you’ve got just over a week to wait until the next chapter drops, complete with brand new content.

Called Into the Jungle, Battlefield V‘s next chapter brings with it new battles taking place in the claustrophic, close-quarter settings of Solomon Islands’ tropical jungles.

Playing as American troops, you’ll start the map on the beach before pushing through enemy troops and working your way into the depths of the jungle. “It’s narrow, it’s intense, and it’s a hell of a lot of fun,” Battlefield V‘s community manager, Adam Freeman says of the new map.

Along with the new map, Battlefield V chapter 6 will also bring three new weapons and two new gadgets: the Type 11 LMG, Model 37 shotgun, M2 Carbine, M1A1 Bazooka and Lunge Mine, all of which can be unlocked through chapter rewards.

Check out the trailer below for a glimpse of Into the Jungle in action. For full details on everything that’s new with Battlefield V chapter 6, visit the official blog post here.