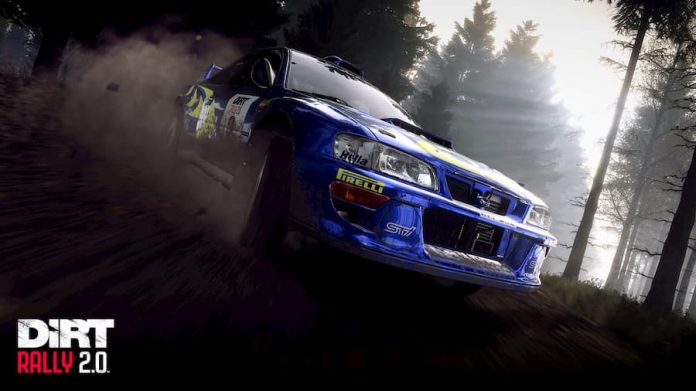 A tribute to one of the greatest rally drivers of all time, DiRT Rally 2.0 will receive a Colin McRae content pack in March.

Free for anyone who has purchased DiRT Rally 2.0 Deluxe Edition or any full season pack on PS4, Xbox One or PC, the Colin McRae ‘FLAT OUT’ pack launches 24th March and features a new Scottish location with 12 routes, Perth and Kinross. There’s more to it than that though: it also introduces 40 scenarios spanning Colin McRae’s career, and brings the Subaru Impreza S4 Rally and Subaru Legacy RS into the fold.

From driving with damaged equipment to dealing with time penalties, the scenarios found within the Colin McRae ‘FLAT OUT’ pack will challenge even the most seasoned of drivers. And for authenticity, you’ll find yourself completing them using nine cars made famous throughout Colin’s career.

The first time Colin McRae’s name has been attached to a console game for over 10 years, the ‘FLAT OUT’ pack is a great way to remember a rally legend. If you own DiRT Rally 2.0 and are eligible to download the DLC for free, you should mark 24th March in your calendar, now. If not, you’ll be able to buy the DLC when it launches, or you can just pick up a season pack.

If you don’t own DiRT Rally 2.0 yet, read our review to find out why you should probably add it to your library, especially if you’re a rally fan.