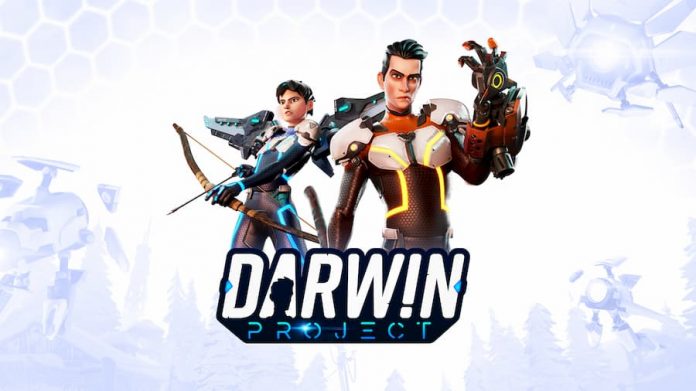 Released onto early access in March last year, the unique survival/battle-royale hybrid Darwin Project is ready for its full official launch this month.

A creative twist on battle royale games, Darwin Project throws ten players into a harsh environment where the elements are just as dangerous as the competitors. Craft tools, track other players, fight and survive to claim victory. You must also face the Show Director and the whims of the spectators who can influence the match to create an unpredictable game-show style experience.

Darwin Project will be celebrating its full launch this month on PlayStation 4, Xbox One and PC, and will remain free-to-play as it has throughout early access. A new specialization system is coming to the arena, with inmates able to choose from three pieces of Gear to determine their class. The jet wings give you the power of flight to help you evade or attack your foes, the grapple gauntlet also lets you close the distance between you and your enemies, and the headhunter drone can help you survey the battlefield to track targets and plan attacks.

Check out the new announcement trailer below, or head over to the official Darwin Project website for more information. You can expect the game’s full launch later this month, so head over to Steam or your console’s digital store to play Darwin Project for free right now and get some practice in!