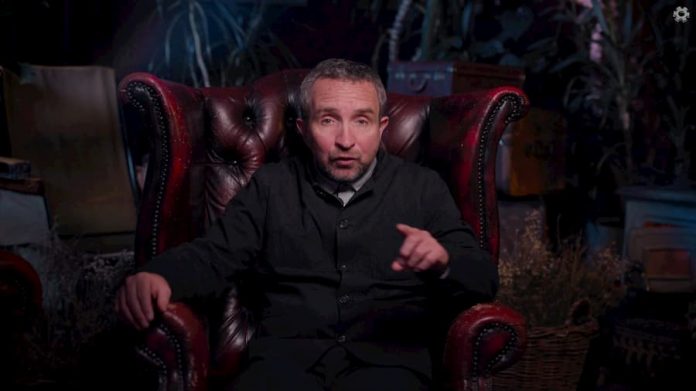 I play video games, watch movies and even listen to audiobooks, but you’ll never find me flicking through the crisp pages of a novel. And while fantasy and adventure have always been interests of mine, I’ve never thumbed and rolled my way through one of Ian Livingstone and Steve Jackson’s Fighting Fantasy gamebooks.

Deathtrap Dungeon is perhaps one of the most well known Fighting Fantasy books. There was, in fact, a video game based on it released in 1998. I loved it, despite it receiving a lukewarm response from the press at the time. I wasn’t aware back then that it was based on a ‘choose your own adventure’ book, however. And now, there’s a new way to enjoy its story. One that’s much closer to the source material because it is the source material: Deathtrap Dungeon: The Interactive Video Adventure.

Narrated by Eddie Marsan, who you may recognise from films such as Deadpool 2, Fast & Furious: Hobbes & Shaw, or even the more recent The Gentlemen, Deathtrap Dungeon: The Interactive Video Adventure is the popular gamebook in video format. It’s like having Eddie come around to your house to read the book to you. It has the same choices, follows the same rules, and is just as likely as ever to have your journey end with a sticky, squelchy end.

Upon starting Deathtrap Dungeon: The Interactive Video Adventure, you can create your own character, determining their stats via dice rolls, or chose one of three pre-made characters. If you choose to make your own, let it be known that you can cheat: feel free to roll the dice as many times as you like until you have the best stats possible. But that’s wrong, you shouldn’t do it. I’ve found that the best way to play Deathtrap Dungeon is to live with the element of chance and your poorly made decisions. 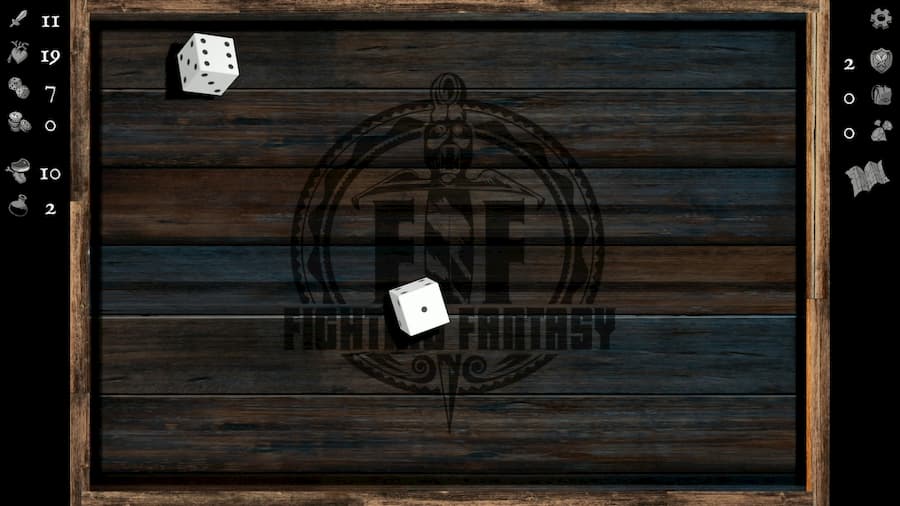 Exploring the titular Deathtrap Dungeon, you’re destined to encounter hideous creatures and fiendish traps. Your skill and luck, as well as dice rolls, will determine your success in combat and in avoiding harm wherever it arises. And any adventurer, even one that’s well-fed and at the top of their health, can suddenly be meeting Death’s embrace. Thankfully, a checkpoint system means that you can travel back to pivotal points of the experience and try again. And you will try again. And again, and again.

On my first playthrough of Deathtrap Dungeon: The Interactive Video Adventure, I stuck to my words to live life by: “Don’t mess with things you don’t understand.” When encountering doors in corridors, for the most part I walked past them. And when I happened to come across a corpse, I’d keep a wide berth. My plan worked for the most part, enabling me to steer clear of most danger.

Upon dispatching a mighty foe at the end of my adventure, however, it was revealed that I needed some items to overcome the final hurdle. I didn’t have them, and there was no option to turn around and backtrack, and so my destiny was to stay in the dungeon forever and help with its upkeep. After just over two hours, my journey was most definitely over. I could have loaded up a previous save, but my mistakes were so great that beginning anew was the only real option.

Of course, with the knowledge I now had, I forced myself to be more adventurous. But I also knew of many of the challenges that lie ahead, enabling me to deal with them more effectively. And so completing Deathtrap Dungeon: The Interactive Video Adventure and emerging victorious from its trials is a process. You’ll make mistakes and bad decisions, but you’ll learn from them. You’ll always be at the mercy of the roll of one or more dice, but your odds of success will improve as you learn about the dungeon and the dangers it keeps. 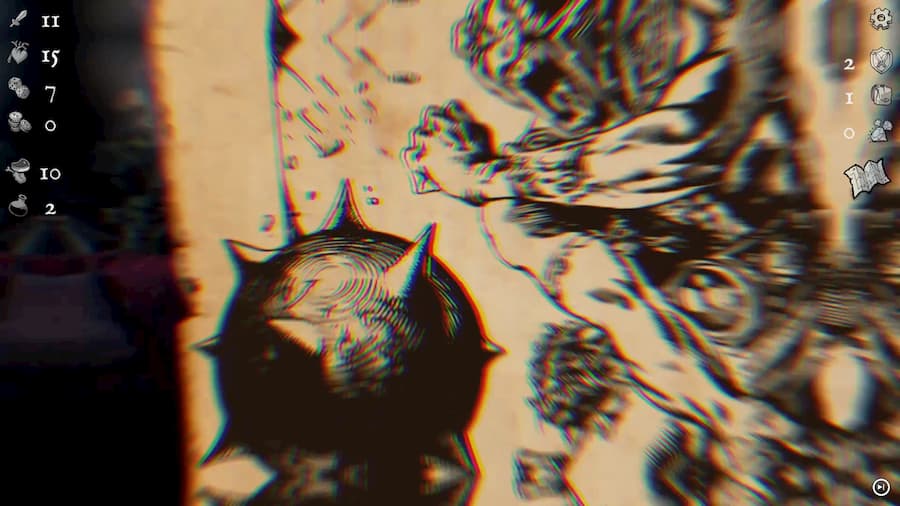 It isn’t perfect: currently in early access, Deathtrap Dungeon: The Interactive Video Adventure still has numerous kinks to iron out. It doesn’t have subtitles yet – they’re set to arrive via a patch after release – and some video scenes still need editing, along with additional special effects and sound. Eddie Marsan’s delivery isn’t the most electrifying of performances, but the quality of the source material does make the adventure gripping. I wanted to find out what lie ahead of me, and was genuinely disappointed when I was robbed of my freedom the first time around. But that’s the wonder of the whole thing; you just dive back in, hoping to do better next time.

Priced at just £7.99/$9.99, Deathtrap Dungeon: The Interactive Video Adventure is perfect for wasting away an hour or three in an evening. You can even bring a friend, family member or partner along for the ride by getting them involved in making decisions with you. Its price will increase when it leaves Early Access, however, which is expected to be in one to two months. So, if you want to see if you can escape Deathtrap Dungeon and save a bit of dough, pick up Deathtrap Dungeon: The Interactive Adventure pronto. 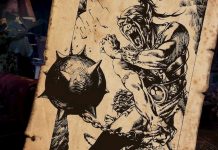