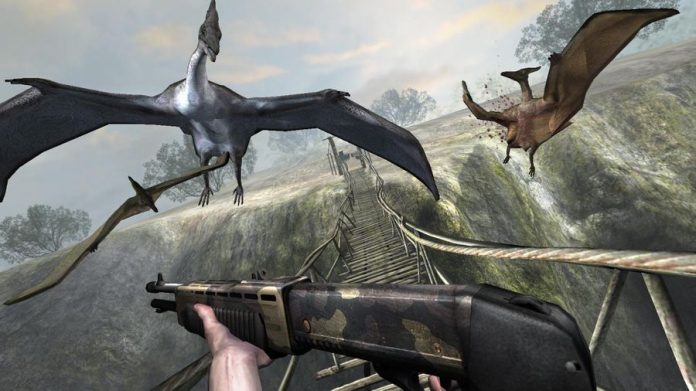 Dinosaur Island VR has more dinosaurs than you could shake John Hammond’s stick at, but this rail shooter is oddly lacking in tension.

You’d think having to defend yourself against nine different prehistoric creatures would be a recipe for terror, but Dinosaur Island VR is no Jurassic Park.

It’s a perfectly serviceable shooter though, which sees you stranded on an island filled with dinosaurs and the odd murderous piranha. You don’t get to shoot a brontosaurus in the face but even the plant-eating stegosaurus and triceratops are out to murder you as you’re led across five ‘saur-inhabited locations, each split into two waves, and each individually replayable.

It’s easier to play with a standard DualShock 4 controller rather than a Move controller, especially since there’s no dual-wielding. Dinosaur Island VR is on rails, moving you along like a funfair ride. Point your gun at your saurian foes, pull the trigger and it’s goodbye Littlefoot. Bigger dinosaurs require more than one hit, a headshot doing double damage, but if you’ve ever played a light-gun game you’ll be right at home. And, for a while, shooting dinosaurs is entertaining, unethical fun. 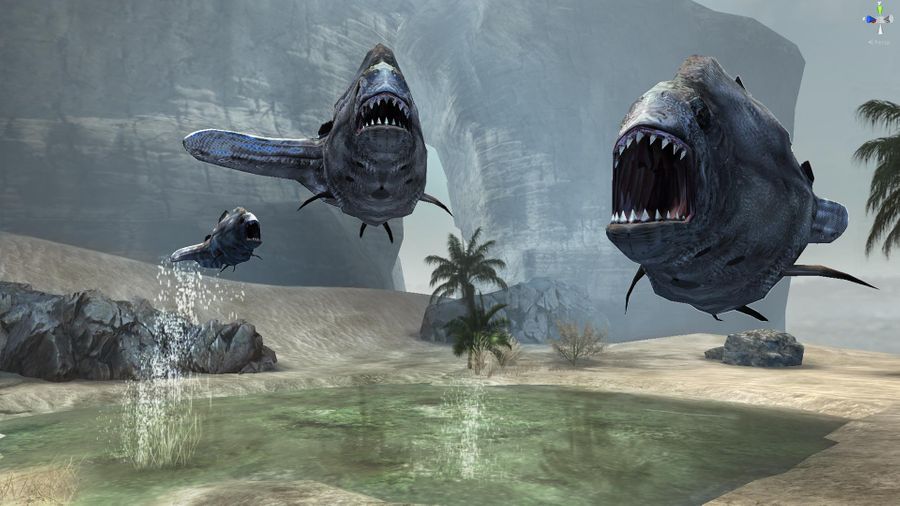 But once the novelty of the Dinosaur Island VR‘s opening level has worn off, you start to notice the game’s flaws, which range from mildly inconvenient to infuriating. The levels are strangely barren, including the first which isn’t a ‘jungle’ by any stretch of the imagination. The smaller dinosaurs don’t have any attack animations and instead just run into your feet and die, as if you’ve got an extinction-level odour problem.

Boss dinosaurs aside, the dinos are rarely in your face and the fact you can nearly always see them coming (thanks to the near-complete lack of cover for the game’s entirety) strips Dinosaur Island VR of any real fear factor. The controller vibrates when you shoot your gun, but there’s no vibration to signal the approach of the colossal Spinosaur, one of several missed opportunities here. 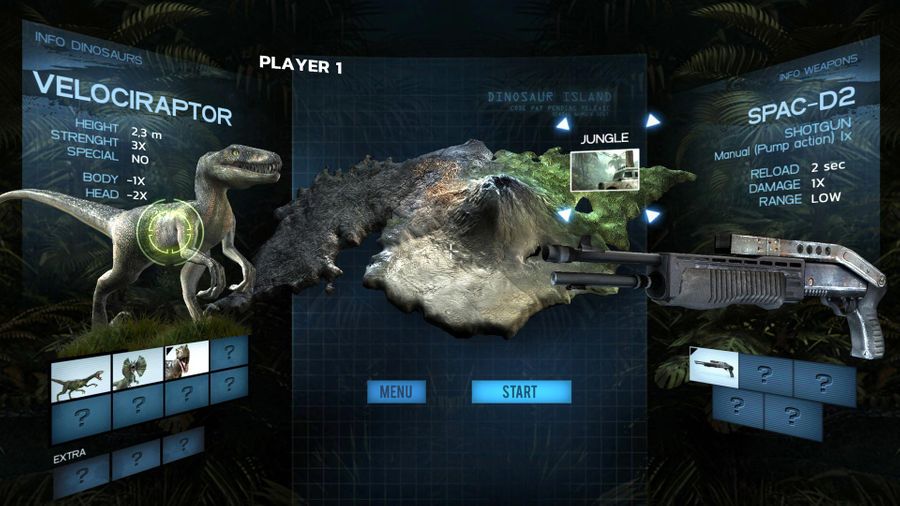 Then there’s the way your weapon the auto-reloads whether it’s full or not. Dinosaur Island VR throws more and more dinosaurs at you, each level arming you with a better weapon. You’re eventually given a semi-automatic rifle, which is great but you can’t rest with two bullets in the chamber; the weapon reloads when you stop firing. I died several times because Dinosaur Island chose to initiate the lengthy reload animation even though I had enough bullets to take on the dinosaurs rushing towards me.

Dinosaur Island occasionally reaps the benefits of VR, particularly when you’re crossing a rickety rope bridge or looking up in time to see balls of flaming lava coming your way. The fourth volcano level does offer a glimpse of brilliance, forcing you to split your time between watching the skies and shooting dinos. Dinosaurs sometimes attack from the sides (but never from behind), so you’re frequently calculating whether you can afford to take your eye off your surroundings. 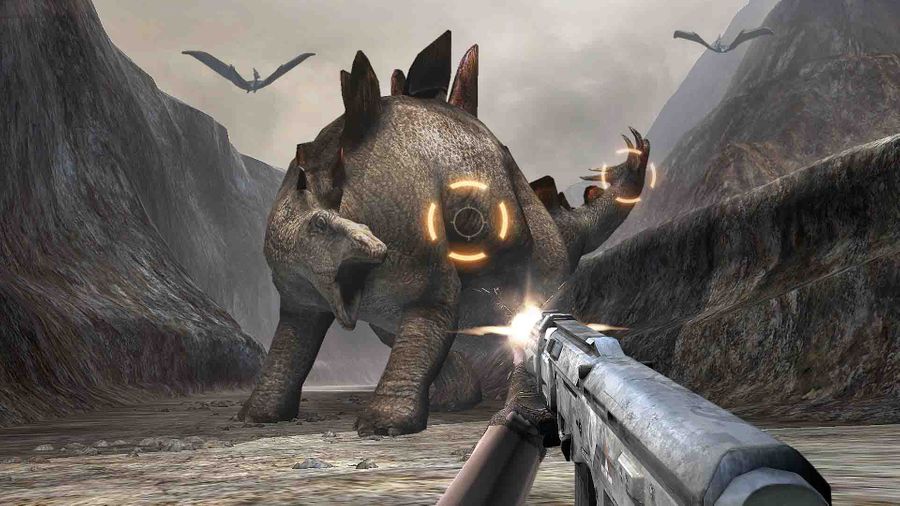 In small doses, there’s some fun to be had with Dinosaur Island VR, but it feels like it’s simply the foundation for what could be a wholly better game. I’d love to see a sequel with levels that aren’t just empty space, with actual set pieces: a rope bridge that collapses, forcing you to fend off aquatic dinosaurs; a Tyrannosaurus Rex that pursues you through the jungle instead of just standing on one spot; and enemies that take you by surprise instead of just wandering towards you.

Without any of that, though, Dinosaur Island VR is merely serviceable. It has moments of fun which means it’s probably worth dipping in if you’re a hardcore dino-fan, but there’s little here to make it stand out. And given the potential of the game’s scaly antagonists, that’s a Jurassic disappointment.