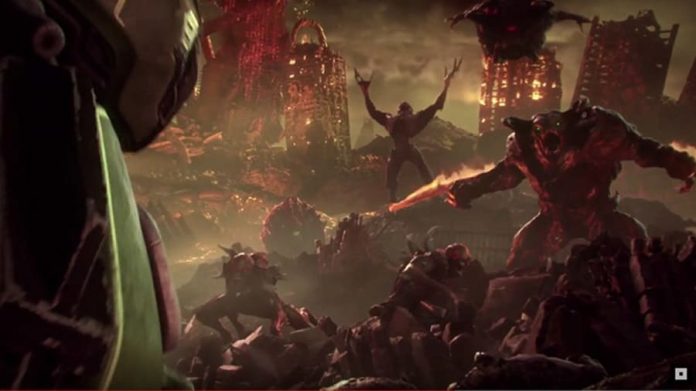 2016’s re-imagining of DOOM was phenomenal, but chances are many of those who bought it didn’t spend much time with its multiplayer modes.

The kick in the teeth was, as the multiplayer aspect of the game grew, so did its filesize, meaning even those who wouldn’t touch its player versus player components with a barge-pole found their hard drives being filled up. The same won’t happen with DOOM Eternal.

The Xbox store listing for the game reveals that both DOOM Eternal‘s campaign and Battlemode will be separate installs, so players will have more control over how much space it takes up. Those not interested in the game’s multiplayer, for example, can simply choose not to install it, while those who seek to continue playing Battlemode long after they’re done with the game’s campaign will find that it’s possible to delete the single player portion and carry on with their multiplayer endeavours.

It’s perhaps the sign of things to come. With next-gen consoles confirmed to come equipped with SSDs and AAA games growing ever bigger, gamers will be looking for ways to get the most out of their available storage space. The move to SSDs should help with that as data will no longer need to be replicated to assist seek speed. And developers giving players more control over what aspects of a game to install is another great help.

Expect to find other games following the example of Crackdown 3 and DOOM Eternal in the future. Such as Resident Evil 3, which seemingly allows players to separately install the main game and Resident Evil Resistance.

DOOM Eternal launches for PS4, Xbox One and PC on 20th March. It will also launch on Switch at a later date. Pre-order your copy on Amazon now.