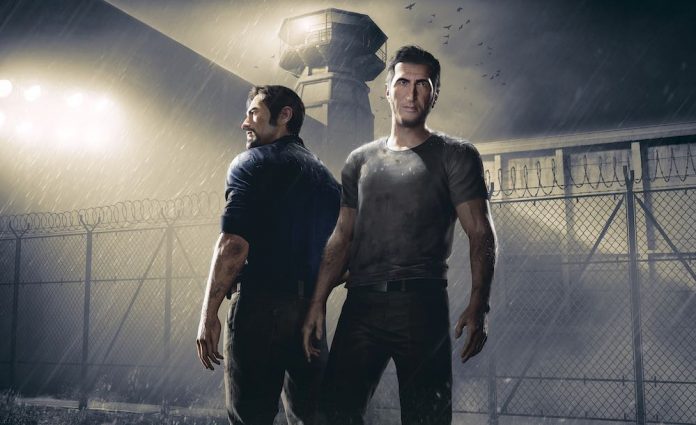 My dad’s been around the block a few times when it comes to video games.

Which is why he has a bit of an authority over the topic. At least, I like to think so. We both have similar and completely different tastes in games, but we like to find the time to chat with each other about things that we’ve been playing regularly. We chatted briefly about A Way Out (discussion down below), but then we started talking about how he began his life of gaming in the first place.

Back when my dad was a young bab, bright eyed and bushy tailed, his very first video game was Pong. A classic to be sure. Watching the pixel ball bounce between two pixel squares back and forth across his television was enough to light the match. The one that starts burning low and subtle before exploding into a flame so bright you don’t realise how obsessed you’ve become until it’s 6am and you’re still playing Stardew Valley and eating Doritos for breakfast. Ahem. Point being, it didn’t take much for him to become addicted to video games.

As he grew a little older and arcade gaming grew in popularity he blew every penny he made detassling corn one summer in his local arcade (much to the disappointment of my grandmother who got him the job so he would have money to buy new school clothes). At the arcade he would play Galaga, Pac-Man, Asteroids and the like. While he tried games like Dragon’s Lair, it cost 50c to play where the rest where only 25 cents – so there was good reason to stick to the other machines.

Other than an Atari (dad’s first console), he really started gaming at home seriously in the 90s when our family got a PlayStation. He was obsessed with Crash Bandicoot, playing the game to completion – which you know isn’t an easy feat if you’ve attempted it yourself. He vividly recalls having sore fingers from pressing the arrow keys so much while playing those first few months of Crash. After that there was the GameCube which was mostly used by me and my sisters until the PlayStation 2 was released and dad tried his hand at Resident Evil 4. At first, the game was a little too intense, but once he got the hang of it, he became a natural at this new action-heavy kind of game.

From the PlayStation 2, his passions skyrocketed. With the release of the PlayStation 3 our house was now full of the sounds of games like Heavenly Sword, Resident Evil 5, Borderlands and FarCry 3. It was only after losing two PlayStations to technical complications that he switched to an Xbox 360 before eventually making his way back to a PlayStation 4 when PS4 exclusives began releasing.

When I asked my dad what his favourite games of all time were so I could round up this little discussion, he said he would choose his list based on what he’s played the most. Games like Galaga or Pac-Man “just can’t compete” with today’s games, he says. In no particular order, he tells me his favourites are Borderlands and Borderlands 2, Dying Light, Dishonored, Horizon Zero Dawn, Witcher 3, Resident Evil 4, Rage and Dead Space. Solid list, Dad. 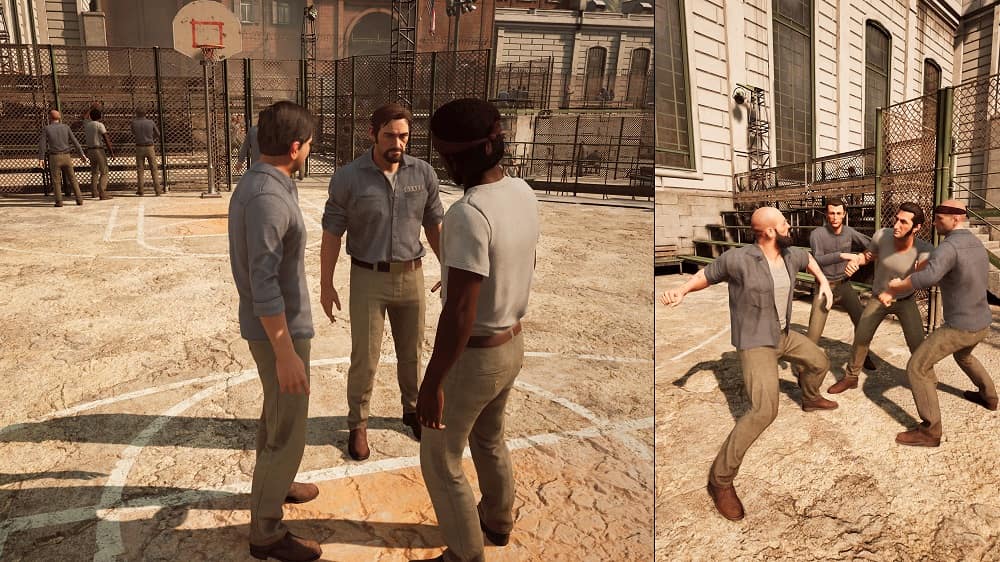 But now onto A Way Out.

We always chat about the games we play together, but writing down his thoughts is something new. I sat down with my dad and asked him some questions, interview-style, to get his insights on A Way Out. Here’s our conversation.

Me: So just in general, what did you think of A Way Out?

Dad: I thought it was okay. As far as the gameplay and the weapons and all that, that was pretty standard. There wasn’t anything new or unique about that.

Me: Some parts felt a lot like Uncharted. The combat parts anyway.

Dad: Right. And I did like the dual play where you have to watch the other player while you’re doing something. It’s a different kind of co-op.  I don’t like regular split screen very much. I liked that we both had our own screen. And then there were those moments where something was happening with Vincent and the line splitting between the two characters would push Leo off the screen. I liked that.

Me: How did you feel about the length of the game? It really only took us about six hours. Do you think that was a good length? Did you want to play more?

Dad: I thought it was about right. For what it was, you know it’s not an open world game with side missions and stuff. You’re following the story line. It could’ve been longer. I wasn’t getting bored or anything. I can usually tell right away when I start playing a game if I’m going to like it or not. There’s some games I haven’t liked early on and I’ll give them a chance and they’ll grow on me. Days Gone, for example; I was annoyed at the beginning and I was thinking I might quit, but then one of your friends said to stick with it.

With A Way Out, I liked learning the characters’ back stories and how there was a bit of twist. The twist wasn’t that shocking but it was still good. I also thought it was fun that there was little mini-games to play in the game, like Connect Four.

So if you were to review the game on a scale of 1-10, 1 being terrible and 10 being exceptional, what would you give it?

I’m glad my dad agreed to try A Way Out with me. It was something that’s been recommended to me numerous times, and there was no one else I’d rather play it with. We laughed a lot at these relateable characters and were both crying by the end. That’s a lie – only he was crying. Honestly. Total waterworks. He can’t keep it in. He’s a sap that one. Really.

Either way, we both agreed to play it again and switch characters so I’m looking forward to that. In the meantime he’s been playing Borderlands 2 for the 8 millionth time despite having a backlog of games. So, I suppose we’re the same in that regard. 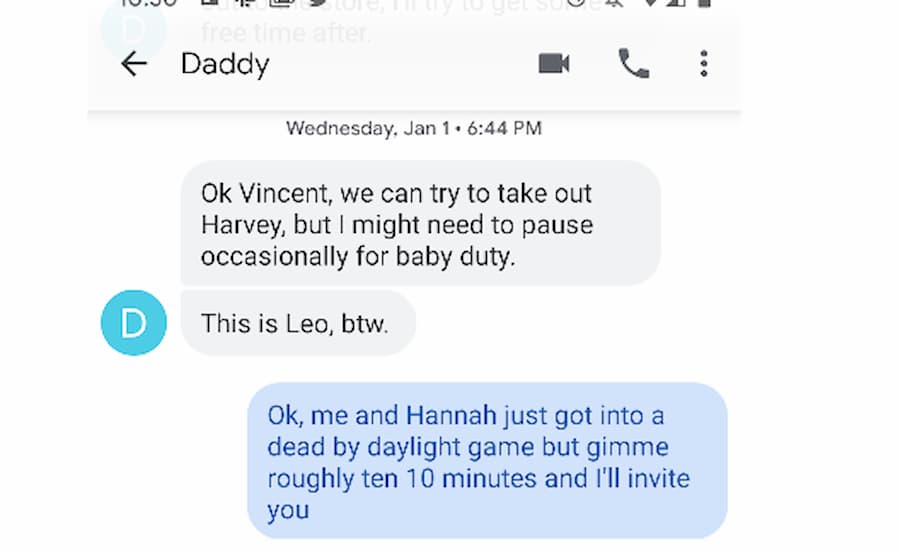 Got any ideas for what I should make my dad play with me next? Tweet us @game_spew!