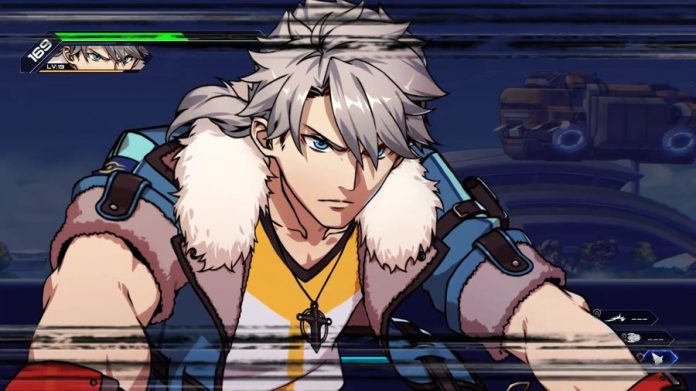 Hardcore Mecha is nothing short of a miracle.

A lot of games are notoriously stingy when it comes to acquiring guns; you’ll get your assault rifle when the game says so and not before. You can spend ten minutes pawing at your opponent’s bloody corpse, chunks of spleen smooshing between your fingers, and you still won’t find the weapon they were trying to ventilate you with.

Hardcore Mecha would be excellent without this feature, but being able to grab guns adds an extra note of joy to the 2D side-scroller. Your terror at having a new, flame-thrower wielding foe lumber towards your robot is tempered by the knowledge that, assuming you survive the encounter, there’ll be a new toy to play with. True, you have to toss the gun once it’s empty – but for a few, glorious moments you’re flambeing your foes with reckless abandon, grinning like an idiot as you give them a taste of their own medicine. 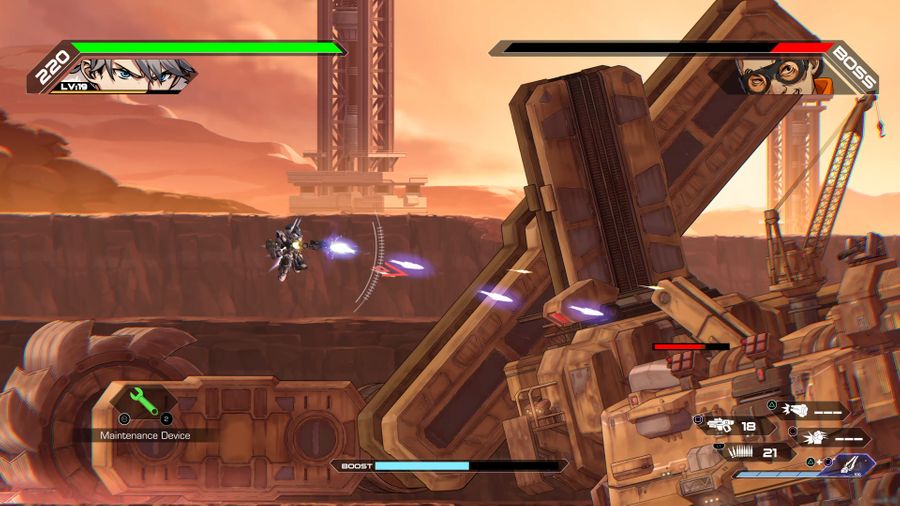 In fact, it’s impossible to play Hardcore Mecha without smiling; there’s so much to love about this anime-fuelled martian outing. The cutscenes are crammed with absurd plot twists, overwrought speeches and a heel-face turn that you can see coming a mile off, yet it’s done with such sincerity you’ll be on board right until the final, ludicrous boss battle. Accompanied by a superb soundtrack, which veers between metal and opera, you blast your way across, and inside, a range of martian locations.

The squat graphics don’t quite gel with the ‘serious’ story Hardcore Mecha wants to tell, but when you’re soaring across the screen, punching a robot in the face and then laser-beaming its compatriots, that gripe fades into the background. Hardcore Mecha sports some surprisingly deep RPG-style mechanics; this isn’t Metal Slug where fast reflexes automatically mean survival. Everything counts, from your mech’s load-out to your (sparing) use of your shields or boosters. 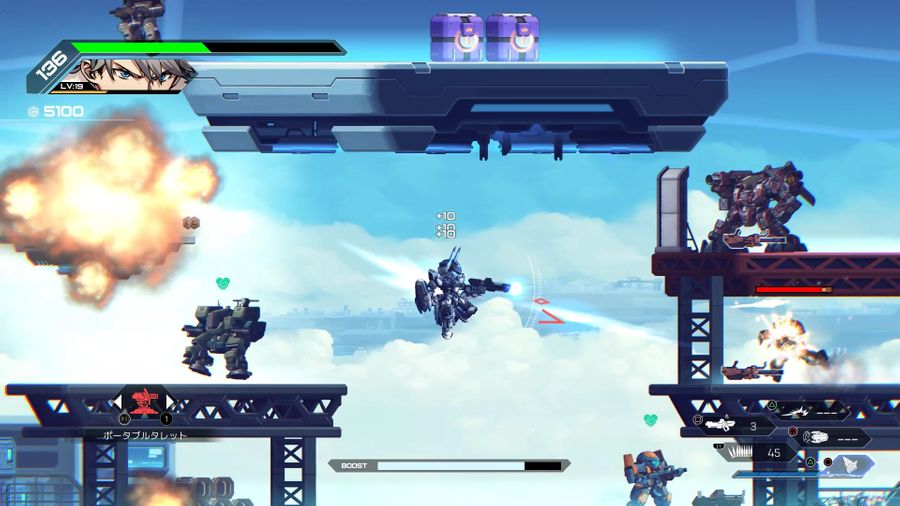 Hardcore Mecha is rarely frustrating but each level is a lesson; I smugly thought I’d mastered the art of stepping back, shielding myself, then firing when I had an opening. Then I ran into a new type of enemy mech that could hurl me across the screen and things took a turn for the worse. The sheer variety of enemies, locations (there are eight areas in total) and bosses bolsters Hardcore Mecha’s appeal and prevents you from ever becoming complacent.

And, despite hitting so many anime cliches, Hardcore Mecha’s tale is more than just incidental; you’ll become invested not just in the survival of your pilot but also the rest of this mercenary band. It’s been a long time since a side-scrolling shoot ’em up has got me this angry over the fate of a character, to the point where I was champing at the bit to get back into the fray. The high-stakes story, coupled with some antagonistic banter from your foes, really adds to Hardcore Mecha’s sense of momentum. 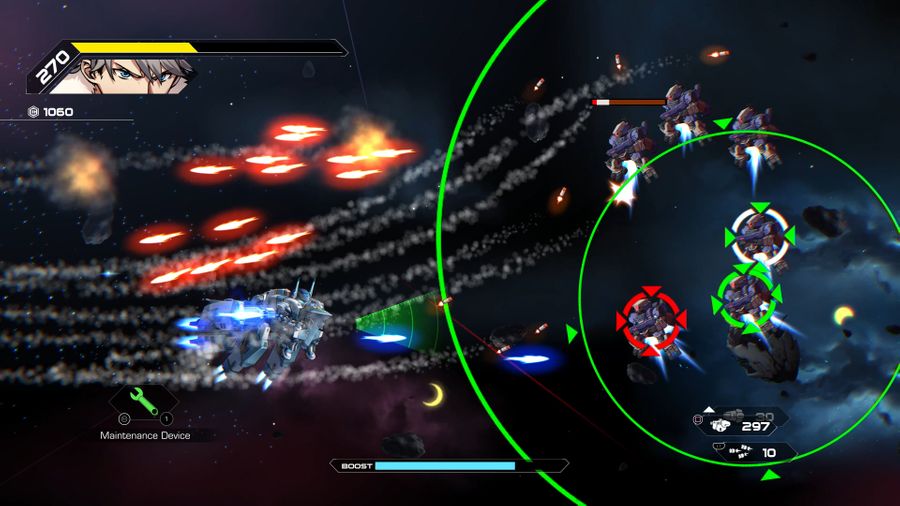 When, eight or so hours later, I finally defeated the mastermind behind Hardcore Mecha‘s Mars invasion, I was so pumped that I wanted to dive right back in, ready for an ever greater challenge. There’s a wave-based mode that lets you play as any mech in the game, which is fun, and a PVP online mode – but there’s no ‘hard’ difficulty level, just ‘easy’ and ‘normal’. Normal mode is appropriately taxing, and there’s the prospect of picking up weapons components I missed last time, but I still found myself craving escalation.

Still, Hardcore Mecha is a gorgeous, robotic thrill-ride with more than enough variety to keep you hooked from beginning to end. Even if mechs leave you cold, it’s well worth strapping in for.

Hardcore Mecha is available on PC and PS4. We reviewed the PS4 version.