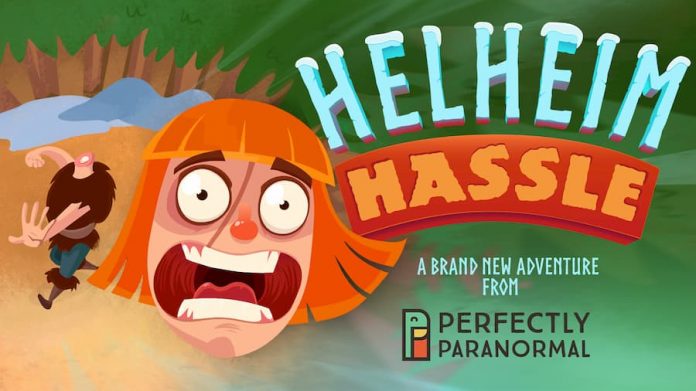 We loved Perfectly Paranormal’s Manual Samuel, we really did. Which is why we’re excited about the developer’s next game, Helheim Hassle.

Set for release early this year on Xbox One, Switch and PC via Steam, Helheim Hassle is a comedic narrative adventure game set in the same universe as Manual Samuel. In fact, it’s even set on the same day. PS4 players will have to wait a little while longer for it, unfortunately.

Placing you in control of Bjørn, a pacifist viking who really doesn’t like the idea of dying and going to Valhalla, you find yourself… dying and going to Valhalla. Resurrected by the mysterious Pesto, however, he feels he may be able to bargain his way out of Valhalla if he completes the task assigned to him. Cue a madcap adventure in which Bjørn’s corpse must be used to overcome a range of puzzles and challenges: he can detach and combine his limbs, you see!

With over 70 quests spread across 14 levels and 3,700 lines of spoken dialogue, Helheim Hassle is sure to be a riot when it launches in the near future. Check out the gameplay trailer below to get a taste of what’s to come. And check our Manual Samuel review if you haven’t done so already.