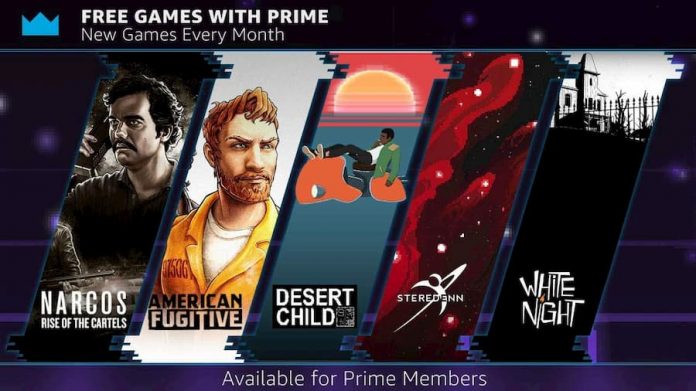 A new month is nearly upon us, which means new free games from the myriad of subscription services we’re slaves to.

Twitch Prime is perhaps one of the lesser talked about subscriptions out there, but we’re not quite sure why; members get a tonne of free games and in-game loot every month. And if you’re an Amazon Prime member, it’s bundled in at no extra cost. All you need to do is link your Amazon and Twitch accounts together.

This February, Twitch Prime members will get five free games: American Fugitive, Desert Child, Narcos: Rise of the Cartels, Steredenn and White Night. Quite an eclectic selection of games, but some excellent titles in there. Narcos: Rise of the Cartels is only a couple of months old, and American Fugitive, which released early last year, is a fantastic top-down GTA-like.

To redeem them, simply sign into Twitch and head to the Prime Loot area.

If you haven’t claimed January’s free games yet, you’ve got until 1st February to claim Heave Ho, Gato Roboto, Witcheye, Ape Out and Enter the Gungeon, and until 3rd February to claim Splasher, A Normal Lost Phone, Kingdom: New Lands, Anarcute and Dandara. SO MANY GAMES.

And remember, Twitch Prime comes with a free subscription to a channel of your choice so you can offer support to your favourite content creator.