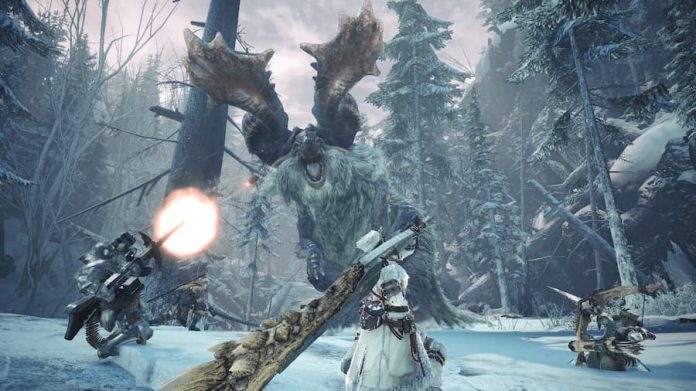 Whether you’re new to Monster Hunter World or have put many hours into it already, if you’ve invested in its Iceborne expansion you might be wondering how you access its content.

While you gain access to the clutch claw, new weapon moves and added slinger functionality in Monster Hunter World‘s main game as soon as you acquire the Iceborne expansion, the real meat of the DLC is inaccessible until you’ve put some serious hours in.

To start the Iceborne expansion, which allows you to access a new hub, playing area, end-game content and more, you first need to complete Monster Hunter World‘s main campaign and attain Hunter Rank 16. Simply complete any quests that are assigned to you until you see the credits roll, then complete some additional High Rank hunts if necessary. Once both of these conditions are met, you can get cracking on with Iceborne and start improving your Master Rank.

When you’re eligible to access the Iceborne expansion, an NPC called the Feisty Fiver will appear near the departure gate in the lower area of Astera. Speak to them and they’ll give you a quest that involves searching the Ancient Forest, where Legiana have been noted to be acting strangely. Take on the quest and it’ll lead you to a new land ripe for exploration and, of course, plenty of hunting.

If you’d like to speed up your progress through the main campaign of Monster Hunter World so you can access the Iceborne expansion as quickly as possible, make use of the Defender weapons that have been added to the game. You can craft them fairly easily at the smithy, and they have boosted stats that should enable you to get though the game much easier. A Guardian armour set is also available that dramatically boosts your survivability. If you’re playing the game for the first time it can be equipped when creating your character. Otherwise, the armour can be claimed by visiting your room in Astera, talking to the housekeeper there, and then going to ‘Claim Add-On and Bonuses’ where it will be waiting for you. Both the Defender weapons and Guardian armour set can be upgraded, too.