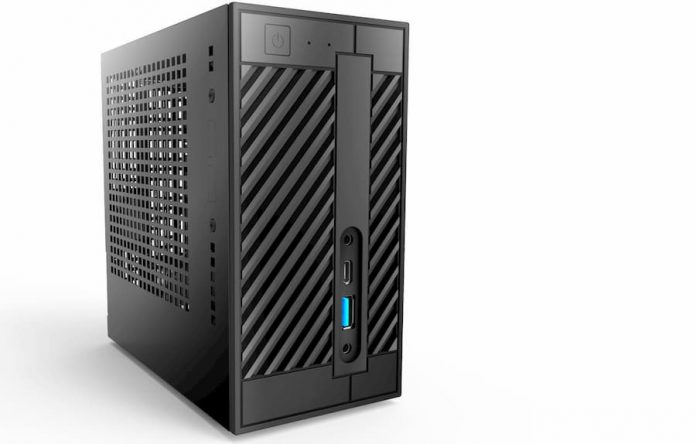 I sit at my desk 10 hours a day to work at my PC – so come the evening, I often don’t want to continue sitting there to play games.

It means I’m often not particularly motivated to play games on PC. And that’s a shame, and also not really ideal, considering my job is to write about games. My separate gaming setup is already dominated with an Xbox One X, PS4 and Nintendo Switch dock – so it doesn’t leave much room for a full-sized gaming PC.

I’ve long drooled over the likes of the console-shaped MSI Trident or the Monolithic Asus ROG G20, but their prices usually far outweigh the value of the components within them. It got me thinking: could I not just build a small-sized PC myself?

I’m always going to be primarily a console gamer, so I don’t necessarily need to spend thousands on a gaming PC with the likes of an RTX 2080TI in there. Very few big-budget games are PC-only these days, and I’d rather play them on Xbox anyway. So really, I only need something powerful enough to play the PC-only indie games that land in my inbox. The ability to play most games, albeit on lower settings, would be a nice bonus.

It turns out that finding a teeny-tiny PC case isn’t as easy as one might think. In my head I pictured something akin to the Dell Micro PC I’d had at my last job; so small it surreptitiously fixed to the back of my monitor. The trouble is, if you want something powerful enough to play games, you need to have enough room for either a graphics card or, if you opt for a processor with in-built graphics, a decent fan/cooling system. And those things aren’t small.

You also need to consider the motherboard: by default, they’re fairly large, which is part of the reason your standard run-of-the-mill PC case is the size that it is. So to consider building a small PC means you need either a mini ITX or micro ATX motherboard.

Mini ITX motherboards, by themselves, tend to be more expensive than a micro ATX. So, a micro ATX seemed to be the best way to go. Looking for small PC cases that specifically supported that size motherboard, however, still proved tricky.

Most cases were still bigger than I’d imagined – most still being at least 30cmx30cm tall and wide. Not too bad, but hardly the dream tiny PC I had in my head. I considered the Thermaltake Cube, and was rather drawn to a fairly low-profile console-shaped case, like this one. But most I came across were either erring on the expensive side (the most attractive ones were £90+ for the case alone). I’d almost given up hope until I came across the Asrock DeskMini. 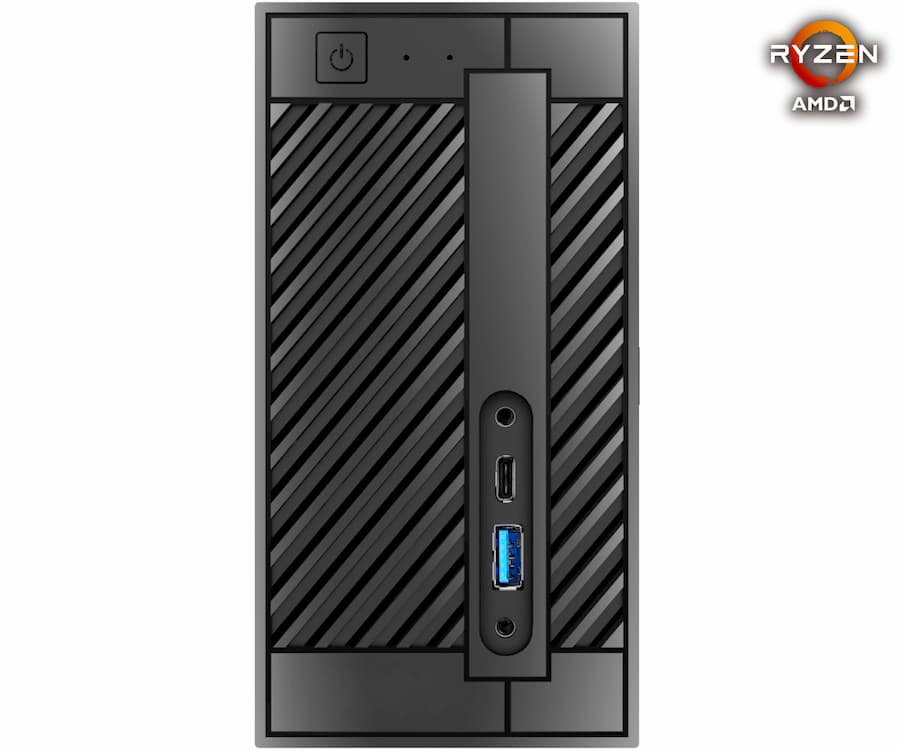 At 15.5cm x 15.5cm x 8cm in dimension, it fitted in the dream “teeny tiny PC” bracket. It’d neatly nestle into my gaming setup without needing to move any of my existing console: it’d be small enough to sit tidily by the side of my TV. Better yet, the Asrock DeskMini isn’t just a case: it’s a barebones PC, so also comes with a motherboard, power supply unit and cooling fan. Coming in a few different configurations to suit either AMD or Intel builds, it was a no-brainer. The body of my little gaming PC was decided.

Unless I wanted a bigger case, I wasn’t getting a low-profile graphics card, and I’d settled on the Asrock DeskMini, so an APU it was.

I’ve had a Ryzen-powered laptop for a couple of years now: it’s a Ryzen 5 with built-in Vega graphics. I’ve been able to play the likes of Ni No Kuni 2 and Planet Zoo on it at medium/high settings. It’s a capable processor; the in-built graphics of AMD Ryzen processors far outperform anything put out by Intel. So opting for a Ryzen processor here was an easy decision.

My choice was between a Ryzen 5 3400G, or a Ryzen 3 3200G. The Ryzen 5 is a little more powerful – 4 core/8 thread as opposed to 4 core/4 thread – but it’s also around twice the price. Checking benchmarks, the difference didn’t seem to be massively noteworthy, so to keep costs down, I opted for the Ryzen 3. 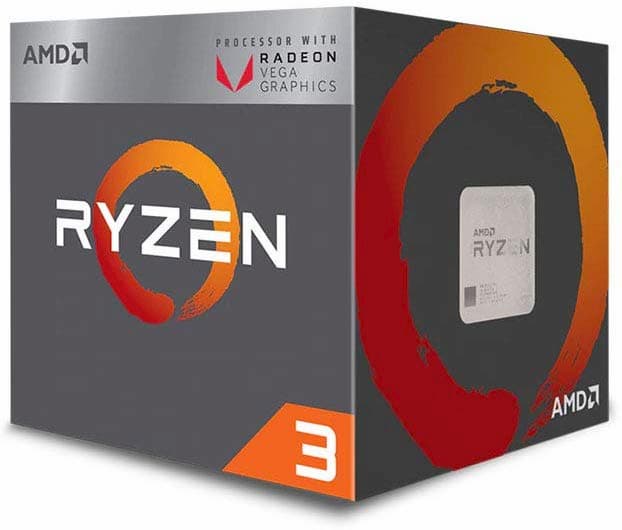 The small motherboard in the Asrock DeskMini calls for Sodimm RAM, and luckily there happened to be 2x4GB laying around the house from when Rich updated his laptop a while back. If it wasn’t for that, I’d have opted for 16GB – but 8GB is sufficient for now. It’s an easy upgrade in the future.

The hard drive is the only area I made a mistake with when ordering the components for my PC build. The motherboard supplied with the Asrock DeskMini supports M.2 SSDs – I’d never used one before, and the small form factor seemed ideal; it plugs directly onto the motherboard. What I didn’t know is that there was two different kinds of M.2 SSDs: SATA and NVMe. The motherboard only supports NVMe – and guess which kind I bought? SATA.

Thankfully, there’s also space for two standard 2.5-inch hard drives inside the case, which proved to be a much easier set-up. To get the machine up and running, I used a 128GB SSD that was sitting spare and will add a second hard drive later. I’d initially opted for a 500GB SSD as a balance between space and value: at around £50/$60 it’s a decent amount of storage for a reasonable price. You can obviously opt to spend more if you’d like more space.

The last hurdle of getting my tiny PC up and running was connecting it to the internet. There’s no built-in wireless connectivity on the motherboard, so I installed an M.2 wireless card that fits onto the motherboard that supplies both WiFi and Bluetooth. Be warned, though: without antennae that sit on the outside of the PC case, the signal is pretty useless.

You can also opt for USB wireless/bluetooth adapters, but with only 3 USB ports on the Asrock DeskMini case, it’s better to leave them free for other peripherals if possible.

Prices correct at the time of publishing.

My completed tiny PC is hardly a powerhouse – but then it was never going to be, and that’s not what I intended it to be. But it performs valiantly, running plenty of games at ‘high’ settings at 1080p. Sure, I’m not going to be loading up something graphics-intensive like Shadow of the Tomb Raider or DOOM at high settings – but I can rest in the knowledge that it will play those games at lower settings should I ever want to. I probably won’t ever want to, but it’s at least nice to have the option.

So while I don’t have an infallible gaming PC that will play everything I throw at it at max settings, I do have the PC I’ve always wanted: a tiny build that takes up very little space and is powerful enough to play a huge range of titles. It’s nice to know there are easy updates I can make to it to eke out a little more performance, namely adding in more RAM. And should AMD ever make more powerful Ryzen APUs in the future, I won’t hesitate to attempt to build a small PC again.

If you want a gaming PC but don’t have the space for a hulking tower – and you want a capable machine that doesn’t break the bank, you really cannot go wrong with a build like this.