Set in a beautiful and varied world, packed with humour and engaging gameplay, every moment spent with Journey to the Savage Planet is effortlessly fun.

You, an unknown space explorer, find yourself on a mysterious planet. The higher-ups assured you there were no sign of intelligent life forms – but not long after stepping out of the safety of your ship you realise they were wrong. But you can’t worry about what the huge constructions and relics around the planet mean just yet; you need to worry about surviving first and foremost.

While Journey to the Savage Planet allows you to adventure freely, wandering and discovering at your own free will, you are guided by primary and secondary missions. Whether you choose to follow the mission markers, though, is entirely up to you. Exploring the planet’s vast and beautiful ecosystem of your own accord is just as rewarding as completing an objective from your to-do list. And with tonnes of secrets to be discovered in every nook and cranny, wandering off the beaten path often pays dividends.

Playing on Xbox One X, Journey to the Savage Planet is strikingly beautiful. It’s bold, colourful and delightful no matter which way you look. From the white, icy plains to the luscious green hills, it’s picture-postcard perfect. Good thing there’s a photo mode (albeit a rather basic one) because you’re going to want to stop and enjoy the scenery at every chance you get. 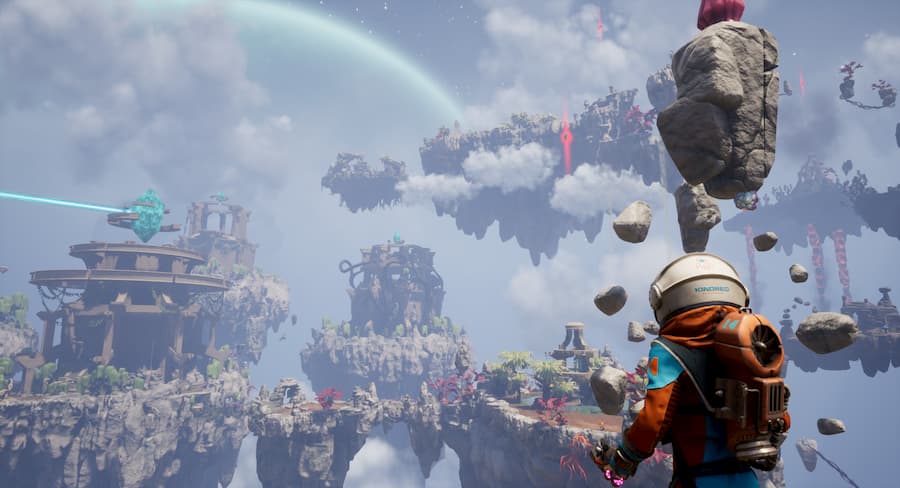 And not only are the environments a wonder to look at, the creatures – both friendly and not-so – are a delight too. Some serious imagination has gone into designing Journey to the Savage Planet; not one inch of the game feels lazy or under-developed. This is a world unlike any other, populated with all manner of weird and wonderful creatures. Some will happily ignore you, like the adorable bug-eyed Pufferbird; others need no provocation to attack, such as the angry but somewhat majestic Pikemander. Whether you shoot whatever crosses your path is entirely up to you. Sometimes the creatures are just so cute you’ll feel guilty about unloading your bullets into their soft little heads. But hey, needs must. You’ve got to survive, right?

While Journey to the Savage Planet advertises itself as a ‘co-op adventure’, it’s perfectly enjoyable in single-player, too. In fact, one of the biggest gripes with the game is the fact that player two’s progress isn’t saved should you play in multiplayer. Like most things in life, the game’s undoubtedly even more fun when someone else is along for the ride, but if you’re player two you’ll not really get anything meaningful out of your time in the game. I’ve played the majority of it by myself and it’s just as excellent a single-player experience as anything made with solo play in mind. 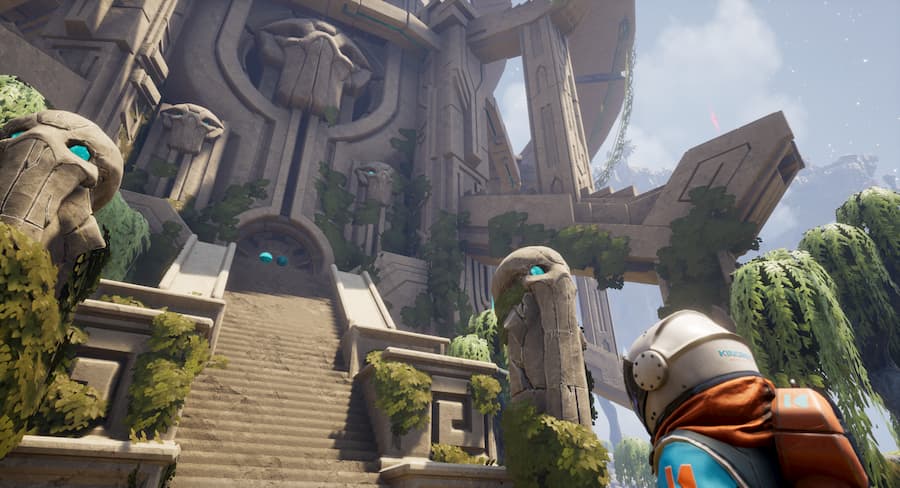 The ultimate goal in Journey to the Savage Planet is to find enough fuel source to get your ass off the planet as soon as you can – but not before you’ve had a good poke around and discovered what life forms await. That means unlocking a steady stream of upgrades that’ll allow you to reach new areas of the planet, coming up against new enemy types – and some seriously inventive boss fights. I’m not usually one for boss fights, but I thoroughly enjoyed coming up against everything that this game threw at me. From gooey beasts covered in eyes to giant crab-like foes who’ll toss fireballs at you, each key fight in Journey to the Savage Planet is a challenge. Every one feels completely different from the last, meaning you can never rest on your laurels; you’ll need to utilise all the skills and equipment in your arsenal to best them.

It’s not a game just about combat though: combat actually makes up only a small part of Journey to the Savage Planet. There’s plenty of platforming; you’ll be jumping across ravines, using your equipment to climb walls and blowing up rocks in order to get to new areas. But mostly you’ll be exploring and adventuring. It’s a game about discovery, and in your arsenal of tools is a scanner that’ll allow you to read information about the new flora and fauna you discover. Thanks to the game’s brilliant sense of humour, it never feels like a chore, and in fact filing up your ‘Kindex’ – the in-game encyclopedia – becomes an addictive task in itself. 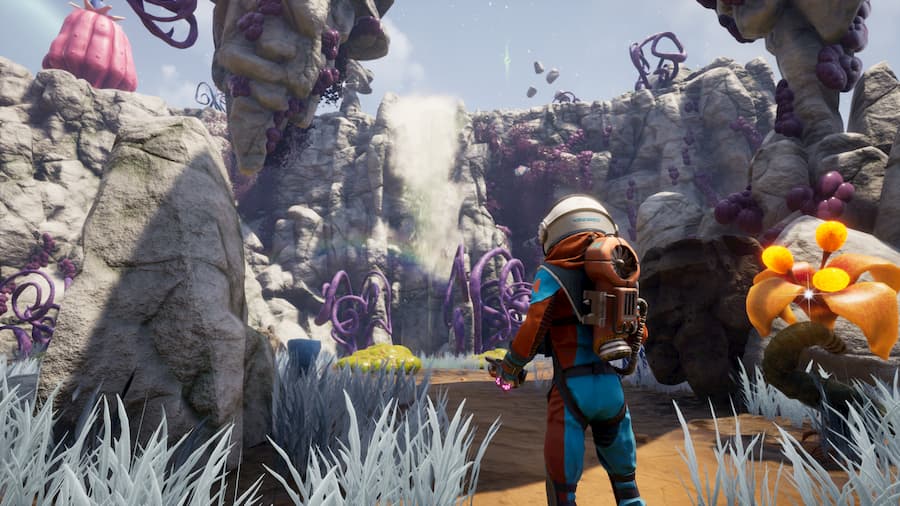 No place showcases Journey to the Savage Planet‘s offbeat sense of humour like back at your ship – the Javelin. Sure, you’re accompanied by the voice of your guide, who’ll throw out humorous quips regularly, but nothing will make you laugh like the fake TV commercials that’ll play when you’re in the safety of the Javelin. Irreverent and hilarious, they have little to do with the overall narrative of the game, but they add a whole lot to its character.

Journey to the Savage Planet isn’t the longest game out there – I completed the game after nine hours, but only found around 50% of its secrets and collectibles in that time. A few more hours later, and I’m still not done. There is an achievement for finishing the game’s campaign in less than four hours, so it can be done quickly – but to really get the most out of it, you want to take it slow and explore everything its beautiful world has to offer. However long you spend in Journey to the Savage Planet‘s world though, there’s one thing for sure: you’ll love every moment of it. Even when you die, as annoying it may be, you’ll pick yourself straight back up again, eager to move forward and see what else the glorious yet savage landscape has to offer you.

With solid mechanics, one of the most imaginative game worlds we’ve seen in a long time and a killer sense of humour, Journey to the Savage Planet is pure joy from start to finish. Considering this is the first game from developer Typhoon Studios, it’s left me really excited to see what else they can come up with.

Journey to the Savage Planet is available on PC, PS4 and Xbox One. We reviewed the Xbox One version.

Want to support GameSpew? Buy Journey to the Savage Planet using our Amazon affiliate link. It won’t cost you anything extra, but we’ll get a small slice of the purchase.