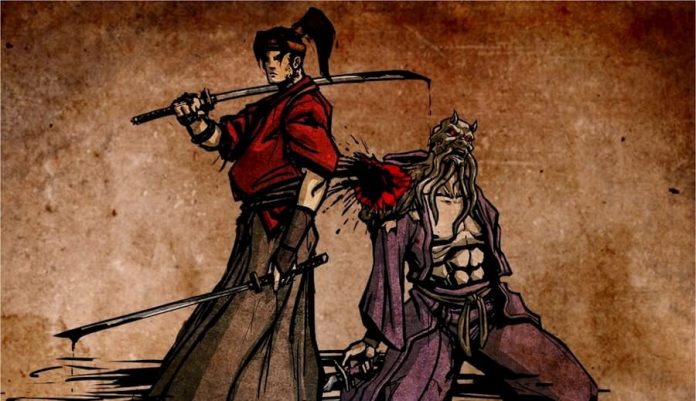 You might be able to buy a sandwich or a cup of coffee. If you’re not thirsty or hungry, you could spend that much on three music tracks by your favourite artist. Either way, pocket change doesn’t get you a great deal. Although it can also buy you a game.

Developed by Cyber Rhino Studios, Musashi vs Cthulhu isn’t an epic adventure. It also doesn’t go into great depths exploring its battle between good vs evil. It just provides minutes of bloody, violent relief. How many minutes it provides depends on how good your coordination and reflexes are.

In Musashi vs Cthulhu, you’re in control of the titular legendary samurai. He’s somehow become afflicted by a curse, one that makes eldritch creatures drawn to him. He’s not prepared to open a dialogue with them though. Besides, do eldritch creatures even have compassion, empathy or negotiation skills? I’m guessing not. Instead, Musashi draws his blade and decides to slice, stab and kick his way to survival.

Occupying the centre of the screen, the forces of Cthulhu approach from both the left and right. Luckily for you, they have bulbous red weak points that stick out like a sore thumb, and they’re located up high, in the middle or down low. And so, with presses of up, left or down on the d-pad you can attack enemies on the left, and with Y, B, and A (if you’re using an Xbox One pad) you can attack the enemies on the right. But only hits landing weak points will do any damage. It’s essentially a violent version of Simon Says. 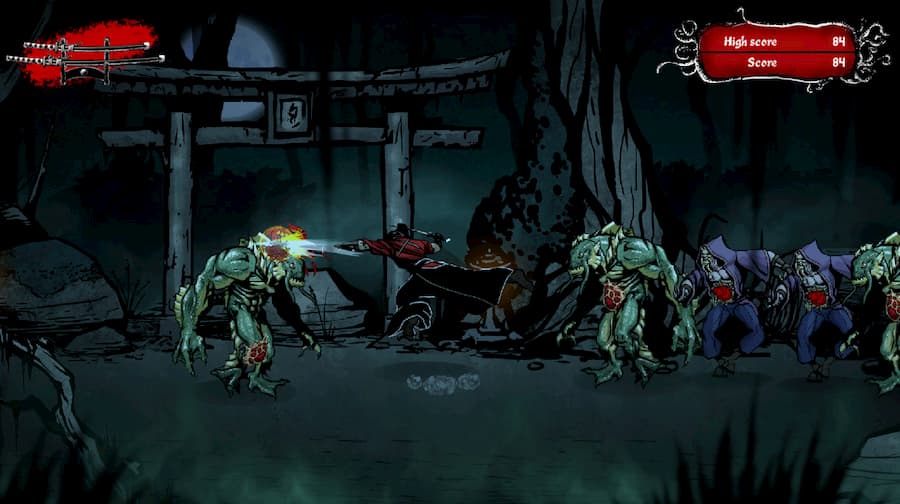 Most enemies only take one hit to defeat. Some of the larger enemies you come against, however, require multiple slices before they go down. And should you fail to hit a weak point with one of your attacks, you’ll be momentarily thrown off balance, leaving you wide open for enemy attack. Get hit, and you lose one of your three valuable life points, though any enemies close by then get pushed back to give you some breathing space.

The forces of evil are endless in Musashi vs Cthulhu. There’s no respite for Musashi; he can’t win. All you can do is survive for as long as you can, and rack up as high a score as possible. Dispatching enemies just as they come into range nets you double points for the kill, but that’s about as deep as the game’s points system goes. There is an online leaderboard though, so you can measure your performance against others. 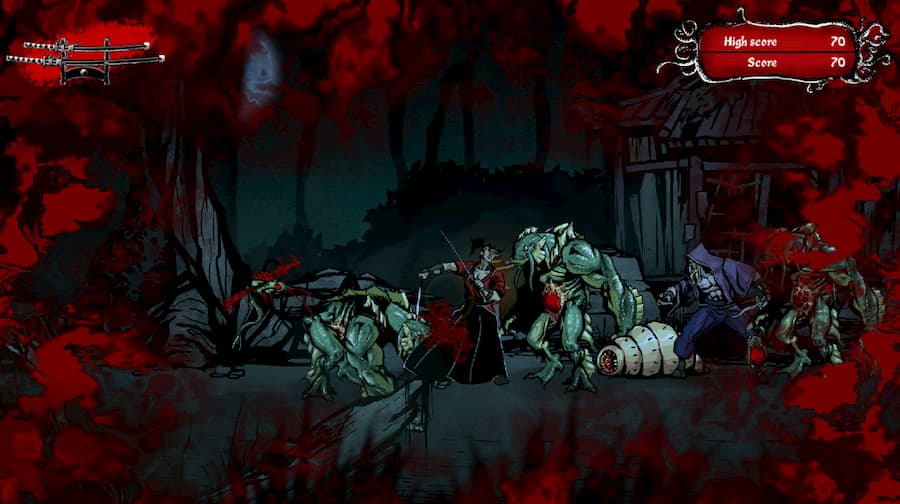 Currently in early access, endless mode isn’t the only thing planned for Musashi vs Cthulhu though. If it does well enough, an endless mode with a skill tree will be added for a little more depth. A story mode is also being mooted, and of course, more monsters are planned to bolster the game’s currently paltry five enemy types. And, as usual, the price will swell over time to reflect the growth of content.

Buy Musashi vs Cthulhu right now for £2.99/$3.99 then, and you get a fun but unspectacular way to waste away some minutes while sat at your PC. There are worse ways to spend your money, and it does have a lovely art style. Over time, it might become something much grander and involving as well. There’s no guarantee, but it’s a gamble probably worth taking if you like simplistic measures of your coordination and reflexes.

Musashi vs Cthulhu is available now via Steam Early Access