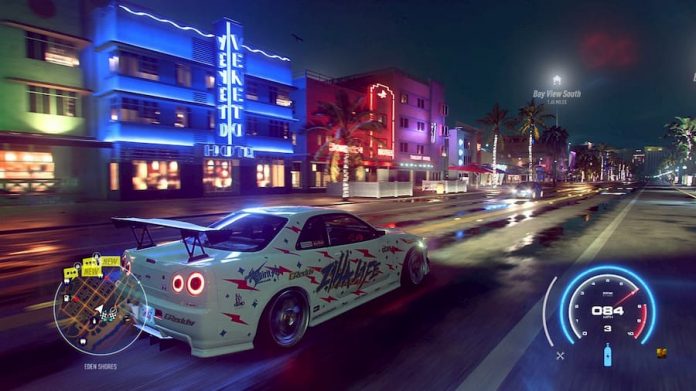 You’d think that the Need for Speed series, being all about driving cars, would have steering wheel support as standard, wouldn’t you?

Unfortunately that’s not the case.

Whether you’ve got a Thrustmaster or a Logitech, chances are it’ll be supported (you can find the full list of all tested models here). Just connect your wheel, assign it to your user profile and away you go.

Steering wheel support isn’t all that the latest Need for Speed Heat patch adds though: it also introduces a new chat wheel so you can communicate with other racers with ease, and a whole load of quality of life improvements to make your time with the game a bit more enjoyable. If you don’t mind spending a bit of money, you can now buy the Keys to the Map, too, which unlocks all of Palm City’s secrets, including collectible and activity locations.

At least one more patch is promised for Need for Speed Heat, which will apparently introduce yet more cars to the game. There’s no date for it yet though.

On the fence about Need for Speed Heat? Read our review of the game to find out if you should give it a go.

How to Drift in Need for Speed Heat

How to Unlock Ultimate Parts in Need for Speed Heat