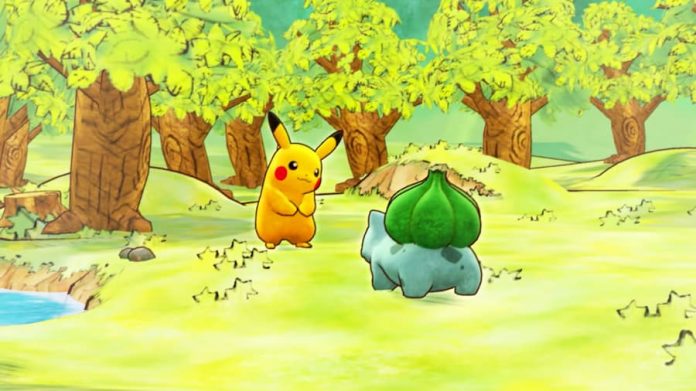 Pokémon Mystery Dungeon: Rescue Team DX is a remake of Chunsoft’s 2006 dungeon-crawler roguelike, and it’s coming to the Nintendo Switch in March.

Part of the popular Pokémon spin-off series, Pokémon Mystery Dungeon: Red Rescue Team and Blue Rescue Team were released back in 2006 for the Game Boy Advance and Nintendo DS respectively.

The announcement came yesterday that a new and improved remake would be coming to the Nintendo Switch on March 6th. The original recieved mixed reviews, but roguelike games have found new appreciation in recent years, and the new watercolour-style 3D visuals are definitely an improvement.

In Pokémon Mystery Dungeon: Rescue Team DX, the player wakes up to dsicover that they have been transformed into a Pokémon, with no memory of their past. In a world that has recently been suffering from devastating natural disasters, you decide to form a rescue team with a new friend.

Check out the new announcment trailer below.