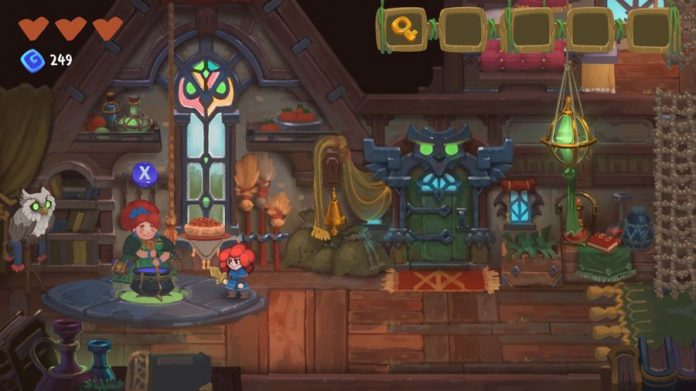 Meet Potata, a girl with absolutely no sense of self-preservation.

Sent by her mother to gather medicinal leaves, she stumbles across a glowing portal and decides to hurl herself through it. Whether this is a regular occurrence or a one-off moment of madness isn’t clear. Either way, she ends up in a world filled with fairies, unfeasibly spiky objects and other hazards and it’s down to you to ensure she survives this folly.

Potata: Fairy Flower oozes charm; it’s pleasingly reminiscent of old-school platformers such as Superfrog and, like that era’s titles, it doesn’t hold your hand. It took me half an hour to get past a snapping carnivorous plant just because I expected to be able to stamp on its snout. Potata: Fairy Flower gives you a reason to roam – that plank you need to cross a chasm isn’t going to be conveniently placed on the platform above you.

Luckily, roaming around Potata: Fairy Flower is a lot of fun, and not just because of the game’s beautiful, cartoon aesthetic and excellent mood-setting soundtrack. You do get a weapon (you’re going to have to work for it) but the meat of the game is negotiating obstacles, solving puzzles and battling the odd boss. 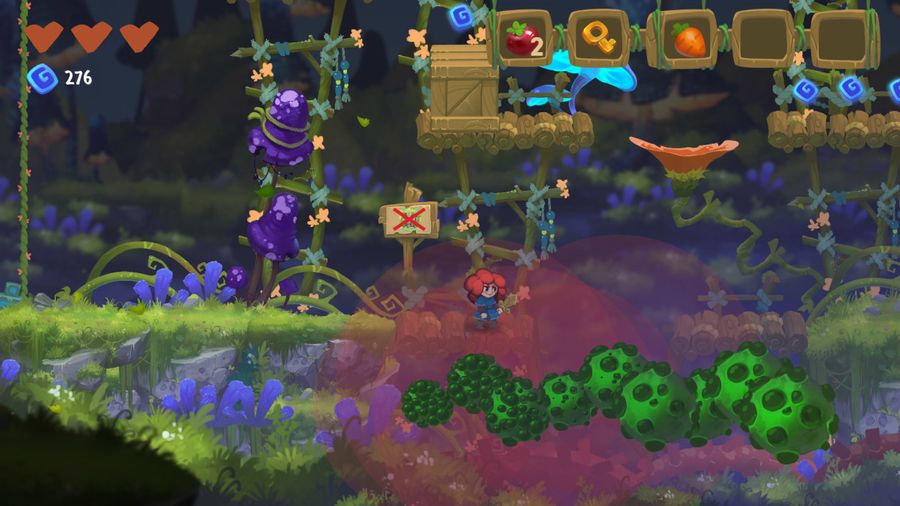 Five times in a row you’ll lose your head to a trio of flying obstacles, but the sixth time you’ll be grinning like an idiot as you nail the timing and negotiate the hazard. And yes, you can pay a particularly mercenary sorceress to give you the solution to a logic puzzle, but where’s the fun in that?

Potata: Fairy Flower dials up the danger as you push deeper into (and below) the seemingly infinite forest. Before you know it you’re being smeared by colossal stone blocks, but the game’s difficulty is so perfectly pitched that frustration rarely sets in. 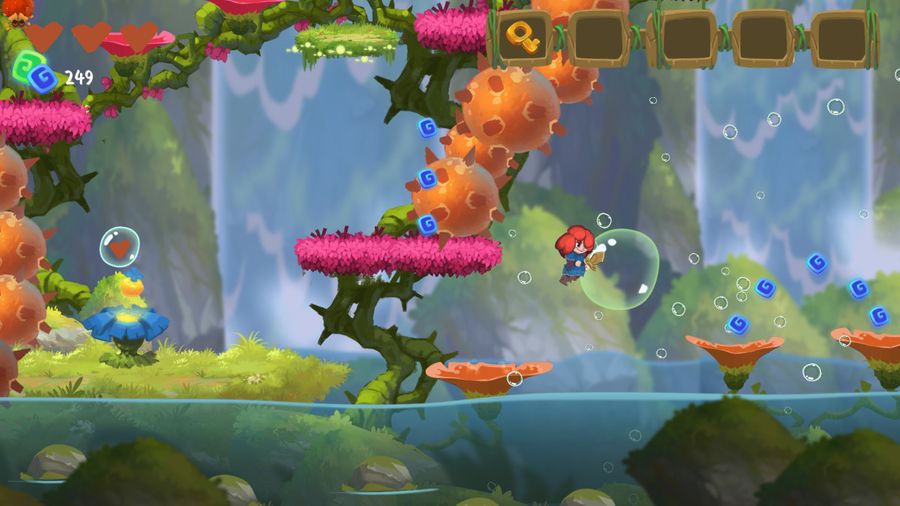 The translation is a little off, which can be jarring at times, but Potata: Fairy Flower’s story isn’t particularly remarkable; it’s the journey, not the destination that lends this platformer its appeal. You’ll almost forget that you’re a terrible person for leading a young child into hazard after hazard, instead of reporting her negligent mother to the Fairyland Social Services. Fictional child endangerment is fun.

Potata: Fairy Flower is a relentlessly entertaining old-school platforming outing and, if you don’t mind the odd bit of brain-scratching, you’ll be away with the fairies. You can pick it up right now on Steam.