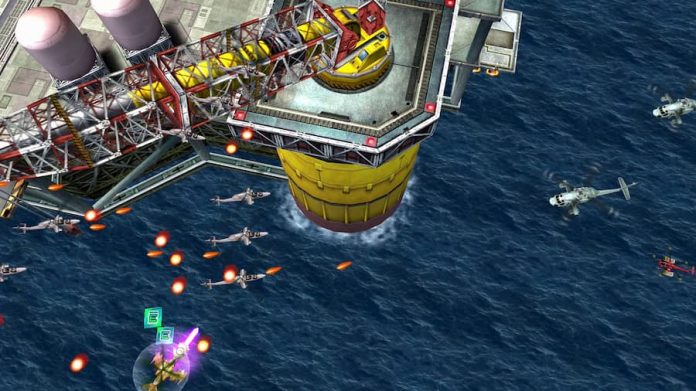 How much of a scrolling shooter fan are you?

Whether you should buy Psikyo Shooting Stars Alpha very much depends on your answer; while it bundles together some genre classics, it’s scant in the way of extras. Its price is the real killer though: at £35.99/$39.99, it’s not cheap compared to some other stellar retro collections released in recent years. But yet, it’s also an absolute bargain.

Now, down to the games themselves. Making up the brunt of the collection, the Strikers 1945 series is perhaps the most well-known of the lot. All three are traditional vertically-scrolling shooters, and provide a range of ships with which you can take the fight to the enemy. Surprisingly they all still look rather nice despite their age, and they have great soundtracks, too. They’re a bit vanilla in terms of gameplay, but they’re still wholly enjoyable whether played alone or in co-op. 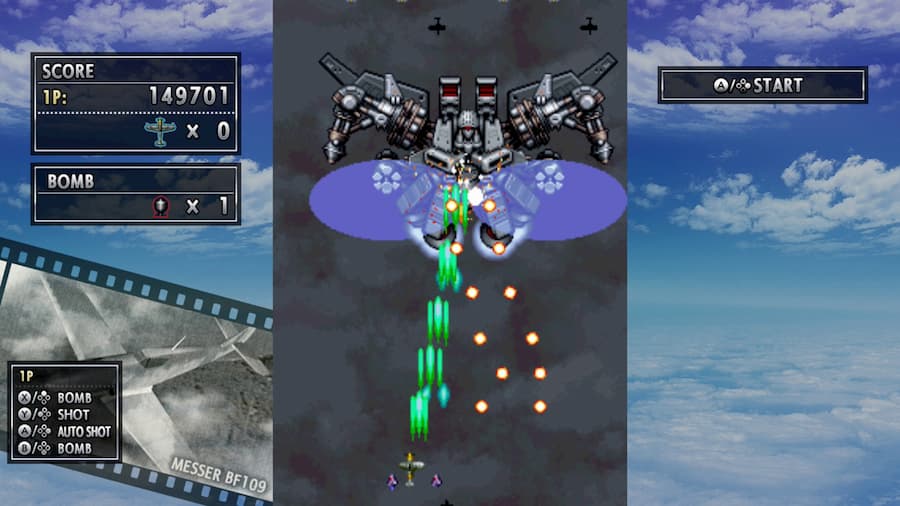 Dragon Blaze is also a fairly standard horizontally scrolling shooter. Out are ships and in are dragons, allowing for a more interesting fantasy setting. As such, Dragon Blaze looks even better than the Strikers 1945 games, and it’s more enjoyable. I’ve found Dragon Blaze to be the highlight of Psikyo Shooting Stars Alpha personally, but you might feel differently. After all, none of the titles are duds.

In addition to co-op play, which all titles in Psikyo Shooting Stars Alpha feature, Dragon Blaze also supports TATE mode along with all three of the Strikers 1945 titles. If you have a TV/monitor you can rotate it’s the ideal way to play. Playing in tablet mode with the Joy-Cons detached works great on a standard Nintendo Switch, too. If you have a Switch Lite, however, TATE mode isn’t feasible at all due to the inability to assign commands to the d-pad. 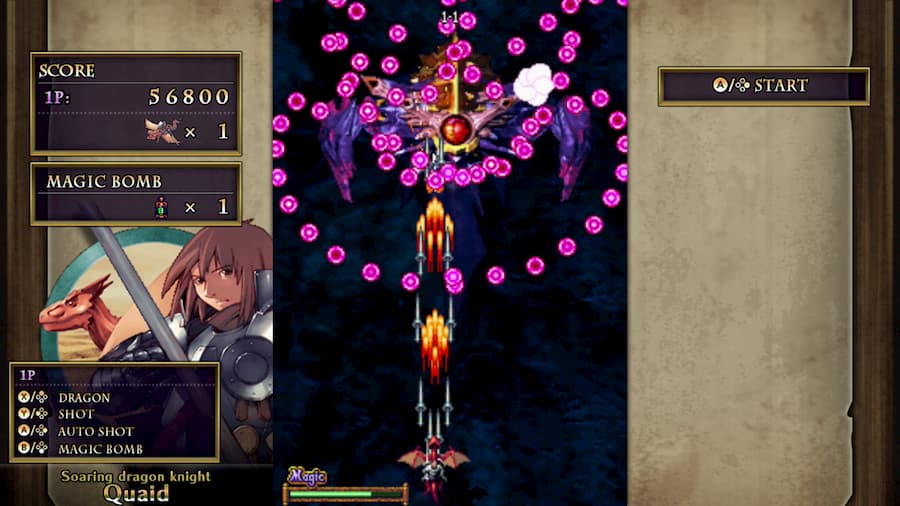 When it comes to the last two games included in Psikyo Shooting Stars Alpha, things get rather interesting. Sol Divide, for example, is an RPG/shooter hybrid. You take control of one of multiple strange flying humanoids, and as you move from left to right you can unleash both ranged and melee attacks. Along with the usual array of power-ups for you to collect, there are also herbs that increase your maximum HP and scrolls that unlock new magic attacks. Effective use of the many spells available to you is paramount to taking down its bosses fast.

Unlike all of the standard shooters in Psikyo Shooting Stars Alpha, Sol Divide is hamstrung by problems. For a start, its translation is pretty bad, so you’ll not care a jot for its story. You might laugh at it, though. More troubling is that most of its enemies feel like bullet sponges, and its melee combat is just not intuitive at all. It’s a nice addition due to how unique it is, but it’s highly likely that it won’t become your favourite game in the collection.

Zero Gunner 2 is another game that breaks the shooter mould. Instead of you just moving left or right or up and down while firing projectiles dead ahead ad infinitum, by holding a button you can rotate your craft so that it faces any direction. It takes a little while to get used to, but once you’ve got the hang of this quirk you start to appreciate the added dimension it brings. You can move around the screen and make use of space more effectively, and it just makes the gameplay that bit more modern and challenging. 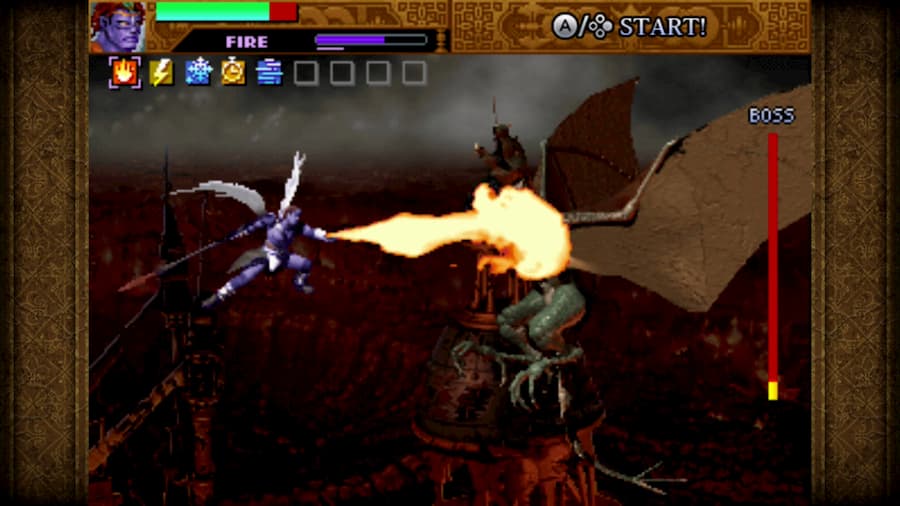 All of the games included in Psikyo Shooting Stars Alpha are at least decent if not great, then. It’s just a shame that the collection is so scant when it comes to extras. While you can alter the settings of all games, making them easier or harder to suit your abilities or taste, the only other real extras you’re getting are filters to make the games look a little prettier. There’s no museum allowing you to take a peek at concept art or listen to the game’s soundtracks like we’ve seen in other retro collections. And there are no online leaderboards, either. It’s a pretty basic package.

If you’re a big fan of shooters and don’t already own the majority of the games included, Psikyo Shooting Stars Alpha is a bit of a no-brainer, really. You could spend more money just trying to pick a battered old copy of one of the included games up, so of course you’ve got to buy it. If you just like to delve into the occasional bit of shooter action, however, then there are more modern shooters available that are simply better than anything on offer here and also cheaper. With Psikyo Shooting Stars Alpha you get six blasts from the past, but the lack of fanfare alongside them is a little disappointing.

Psikyo Shooting Stars Alpha is available on PS4 and Switch. We reviewed the Switch version.