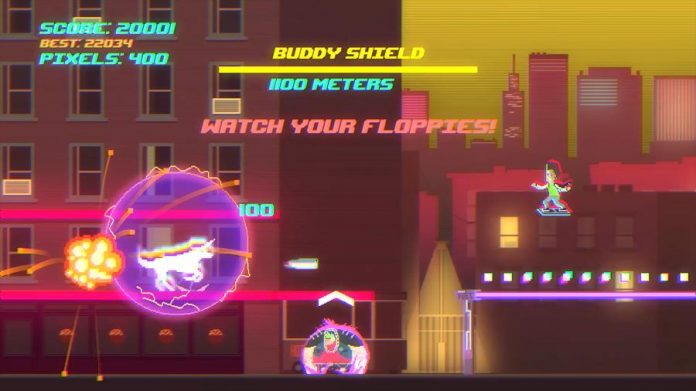 An endless runner? A platformer? A shooter? Or all three of the above wrapped in a stylish 80s aesthetic? Get some retro acrade action in Top Run this week.

How would you like to help a young boy named Kevin and his dog Buddy free-run through a neon city packed with dangerous foes, while tapping your feet to a radical synth soundtrack? Sounds good, right?

Top Run combines elements of endless runners with more traditional platformers and shoot ’em ups to create pure arcade fun. The game lands on PS4 on January 29th, Xbox One on the 31st then Switch and Steam in early February.

Face a wide variety of weird enemies throughout the 100+ missions, level up awesome superpowers to help you fight, unlock cool cosmetics like skins or items for Kevin’s (very 80s) bedroom, and groove out to a soundtrack from synthwave artist Beckett.

Check out the Top Run announcement trailer below, or head over to the Katata Games website for more information.