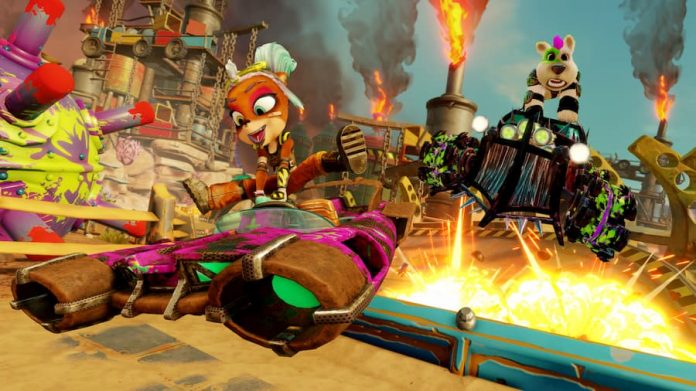 The Rustland Grand Prix brings another of Crash’s nemeses as a playable racer: Mega-Mix! A horrific mutated combination of Dr. Neo Cortex, N. Gin, Tiny Tiger, and Dingodile – this isn’t someone you want to be trading paint with. The new Mega-Mix Mania track is a wasteland of fire and twisted metal, and there are three new unlockable karts available to tackle it.

Keen-eyed players might also have noticed something different when they boot up Crash Team Racing. After winning the award for Best Sports/Racing Game at the 2019 Game Awards, Crash can now be seen proudly showing off his new trophy on the game’s title screen.

Crash Team Racing Nitro-Fueled is available on PlayStation 4, Xbox One and Nintendo Switch. Check out the new Rustland Grand Prix trailer below, or head over to the official Activision blog for more details.