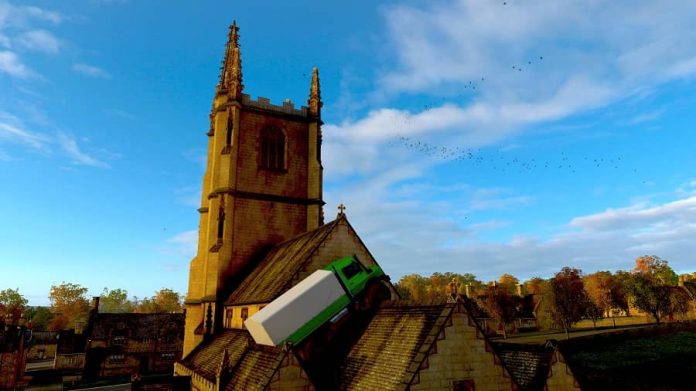 Christmas is but a distant memory, and we’re slowly getting back into the swing of things.

We still have a few weeks of reasonably quiet time before The Game Releases start happening, which means we’re still enjoying being able to dip into our backlogs and play something for the hell of it. It won’t last much longer though, so we better make the most of it.

Here are the games that have been keeping us company on these chilly January evenings. Have a great weekend, everyone!

Rich: Monster Hunter World: Iceborne, that’s what I’ve been mostly playing this week. I’ve slain monster after monster, revelling in the carnage, though now I’ve hit a brick wall and have been purposefully taking down Master Rank Anjanaths so I can craft a fiery weapon of mass destruction. Will it enable me to overcome my quandary? Find out next week, folks.

Because I’m a creature of habit, I’ve also found myself gravitating back to Forza Horizon 4. With the current #Forzathon series finally completed though, I think I may be able to abstain from it from a while. Though there are still countless stores for me to play through… Aside from that, there are one or two other titles I’ve been delving into, and this weekend I’ll be getting really stuck into some titles that you might read about next week.

Kim: To my utter delight, Rich and I have built a tiny PC this week that now has pride of place next to my consoles. When I say tiny, I mean tiny: the thing measures 15x15x10cm. It’s so cute. Ryzen-powered, it’s also just about as capable as a PS4 too, so now I can play a wealth of PC games from the comfort of my gaming chair with no need to sit at my desk. It’s revelatory! I’ll be writing more about the PC next week. The first game I took for a spin on it was Mythic Ocean, a surprising endearing adventure that sees you exploring underwater depths. Look out for my review on Monday.

Away from my PC, I’ve been busy training my brain every day with Dr Kawashima’s Brain Training for Nintendo Switch. So far my results are… mixed. Dr. K has confirmed I have the short-term memory of an 80-year old, and I’m not sure how to overcome that. While my thoughts of the game align very much with Becca’s according to her review, I’m going to be sticking it out for the full month to see how my performance improves over time. The best I can hope for is the short-term memory of a 65-year old at this point, I think.

Becca: I’ve also spent way too much time obsessing over Dr. Kawashima’s Brain Training for Nintendo Switch this week. I wake up in the morning and I’m instantly reaching over to pick it up and test my brain age. My best brain age so far has been 35, but I can’t seem to get much higher due to the frustrating memory games. I have a terrible memory at the best of times and asking me to memorise a group of numbers or words is just completely unfair.

I also played a bit of Dead by Daylight since the very first Rift was closing and I wanted to get as many points out of it as I could. I’m looking forward to the new one opening up. Completing those little quests has been a fun way to motivate me to play the game more (than I already do).

Diggy: What on Earth do people see in Grand Theft Auto V? I’ve taken the opportunity to finally try it out this week now it’s on Xbox Game Pass, and I just can’t wrap my head around its popularity.

The gameplay is clunky as hell – Rockstar is apparently of the opinion that the ability to move quickly and aim at the same time isn’t necessary in an action game. Also I hate all the characters, even Franklin, the one they seem to be trying to make the relatable one but comes across as a whiney little pushover. And why can’t I just mark a waypoint on the map screen like in literally any other game? Why do I need to pick my destination from a list like it’s Windows 95?

Anyway, I failed a mission twice after playing for a few hours and couldn’t bring myself to keep going, so I guess it’s back to Saints Row for me. (Sorry rest-of-internet, we’re with Diggy on this one – eds)

Chris: With Ring Fit still sitting, unopened, in the corner of my lounge, I’ve been revisiting Fallout 4, this time on PC. I’ve come to terms with the fact that I’m not going to get a Fallout New Vegas 2 and, once I put that out of your mind, Fallout 4‘s halfway good.

The game’s biggest blunder is assuming that I care about Shaun, a mewling chunk of polygons that I’ve known for two minutes, rather than the people I meet roaming the wasteland and who I actually come to like. I’ve taken the plunge and re-subscribed to Playstation Plus, so Red Dead Online is likely to be next time sink. As much as I love post-apocalyptic games, Fallout 76 just doesn’t appeal to me – I may give it a quick go but the last time I tried it, I was bored to tears.

Stan: (Cameras flash, the media is ready, and Stan walks in to the crowded press room area. He looks anxious. Nervous even. As he begins to speak his voice jitters…) Well, look. It’s been a tough time for everyone at the club. We looked dead-set on promotion, and to fall in the first hurdle of the Playoffs is bitterly disappointing. But, look, we’ll pick ourselves up and go again next season. I trust in the lads, and they trust in me.

Yup, I’ve been playing this scenario out in my head all week: I lost in the Playoffs and since then Football Manager 2020 has been a cruel experience for me. Players who I thought I could trust left for bigger clubs, and the board is not backing me financially. It’s been a tough old week for me, one I may even never fully recover from. But this time next week, who knows? I could be in the Premier League.