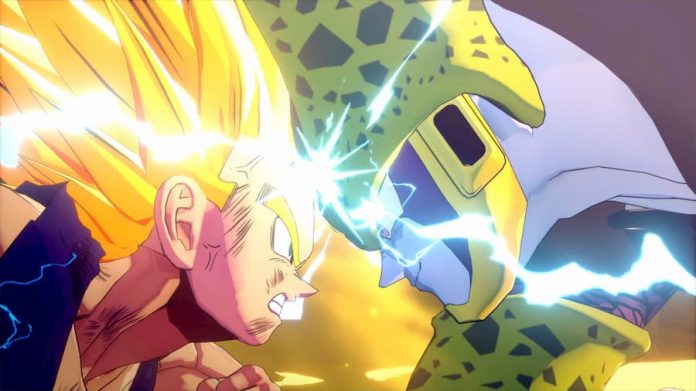 It’s January. It’s cold. We don’t really want to do much else than wrap ourselves up in a blanket and play games.

And I don’t know about you, but I think that might be exactly what I do this weekend. Ah, bliss. Of course, the past week has been filled with a lot of gaming, too. Those games don’t play themselves, you know!

Here’s what the GameSpew team has been busy with this week. Have a great weekend, everyone.

Rich: Last weekend I spent a hell of a lot of time playing Dragon Ball Z: Kakarot. It’s not perfect, but its problems don’t stop you from having a great amount of fun with it. And if you’re someone like me who hasn’t watched Dragon Ball Z from beginning to end, it’s a good way to experience the whole story.

After wrapping up my time with Dragon Ball Z: Kakarot, I’ve been digging into quite a few games that are less time intensive. Oddworld: Stranger’s Wrath HD is definitely worth checking out on Switch if you’ve never played it before, but the Switch tax is truly in effect. You can pick it up for about a quarter of the price on PC, and when it launched on PS3 years ago it was only £9.99/$14.99. SEGA AGES Shinobi isn’t expensive though, and that’s also just as much fun as ever. I finally reviewed Psikyo Shooting Stars Alpha, too, which I’ve been playing for the last couple of weeks. If you’re a fan of shooters, it’s a must-have.

Kim: I’ve got back into Mighty Quest, the mobile bane-of-my-life RPG from Ubisoft. I’ve always kept my finger on it since it released last summer so I can keep on top of writing about it, but I’ve not put a great deal of time into playing it myself these last few months. It’s sucked me back in though and so I’m on a mission to get my hero (a strapping chap called Johan) as strong as he possibly can be.

Away from my mobile phone, I’ve continued to be busy playing two games I still can’t write about – but you can look forward to my reviews on those early next week. I also played through the brilliant Stories Untold following its release on Switch, and wrote about how it proves narrative is everything.

Becca: This week I played more of the same as last week. My friends and I are getting further in Stardew Valley. We’ve just hit our second year, got a horse, fought over who gets to ride the horse, complained about not having enough money, and took a lovely vacation to the dungeon in the desert and almost died. Still, we find ourselves wanting to go back to it each and every night after work.

I played a teeny bit of Dead by Daylight just to take a look at the new Leary’s map that’s been updated. Doctor has also had a huge rework so I’m looking forward to giving him a try. The new Tome has just launched so I’m sure my friends and I will be jumping back in there soon. (Although the likelihood of dragging us away from Stardew right now is very slim…)

I also have continued playing Dr. Kawashima’s Brain Training every day. No matter how many times he tells me that my brain age is 80 I will never give up. I will never surrender. I will get a very young brain age and he will not be able to make fun of me. One day, Kawashima, one day.

Diggy: Ever had one of those weeks where you just stare at your massive game library for hours every night not knowing what to play? Yeah, that’s been me this week.

There were a few older titles I finally got around to trying, though I quickly gave up on most of them. Untitled Goose Game was one, but besides the charming aesthetics I couldn’t find much in it to hold my interest. I might come back to Sleeping Dogs one day if I’m in the right mood, because it had some decent brawling combat and free running mechanics, but I’ve been craving something a bit more simple that I can switch my brain off to play. Something comfortable and familiar.

Chris: I’ve finally unpacked Ring Fit Adventure! No, that’s a lie… maybe after I’ve had a chippy tea. Yes, that’s exactly what I’m going to do. Physical procrastinating aside, I’ve been diving back into Dead Rising 2 which, despite how silly it is, has a lot of heart. It’s also reminded me of how middling Dead Rising 4 is – if we get a next-gen Dead Rising, I hope Capcom remember what made the game fun, like being able to throw absolutely anything you could pick up. No, that coffee mug wasn’t going to do any real damage, but by God, you were going to try. In fact, never mind a sequel, I’d pay good money for a remake featuring everyone’s favourite wisecracking tuna mogul, Frank West.

Stan: After a horrendous 5-0 loss to Blackpool, Portsmouth have slipped down from first place in the Championship, and my Football Manager 2020 career has been put on halt. Luckily, I’ve realised I’m fantastic at another sport (albeit, the gaming version of one). Rugby 20 has taken up a lot of my time this week, and I’ve absolutely loved it! From the tough tackles to the speedy breakaways through the defensive line, I feel like I may have finally got over my Football Manager 2020 addiction… by replacing it with another addiction.

I’ve also been continuing in my journey of The Witcher 3 (for like the 100th time now). As always, I’m taking it incredibly slowly and taking in everything it has to offer. Ciri may be in danger, and she may be lost, but she’s going to have to wait: I see another question mark on the map that I just have to explore.