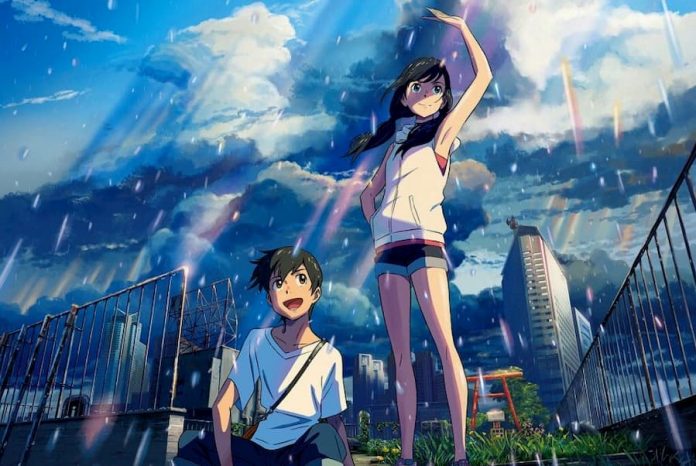 I’ve just been to see Weathering With You at the cinema, and I am very happy with this successor to director Makoto Shinkai’s previous film Your Name.

Although the two films are unrelated, I just knew that this movie was going to be something special. Your Name blew me out of the water when I saw it a few years ago, so it was simply natural to reserve a seat in the cinema as soon as tickets went on sale.

With candy smuggled in my purse and an Icee as large as my head in my hand, my friends and I headed into the darkened theatre with high expectations. And even though the three of us agreed that we preferred Your Name, Weathering With You was well worth the money – even if we were forced to see the dubbed version with American voice actors.

The story follows 16-year-old Hodaka Morishima (Riz Ahmed) who has run away from home for an unspecified reason to try and make a living in Tokyo –  a city that has a recent string of non-stop dreary, rainy days. After failing to find a job he is hired by Keisuke Suga (Lee Pace), a man who a few days previously saved Hodaka from falling off a boat. Suga owns a small publishing company that investigates urban legends in Tokyo – their most recent being a story about a “sunshine girl” who brings good weather and sunshine with her wherever she goes. When Hodaka meets Hina, a real-life sunshine girl, they start a business where Hina brings good weather to those who request it. 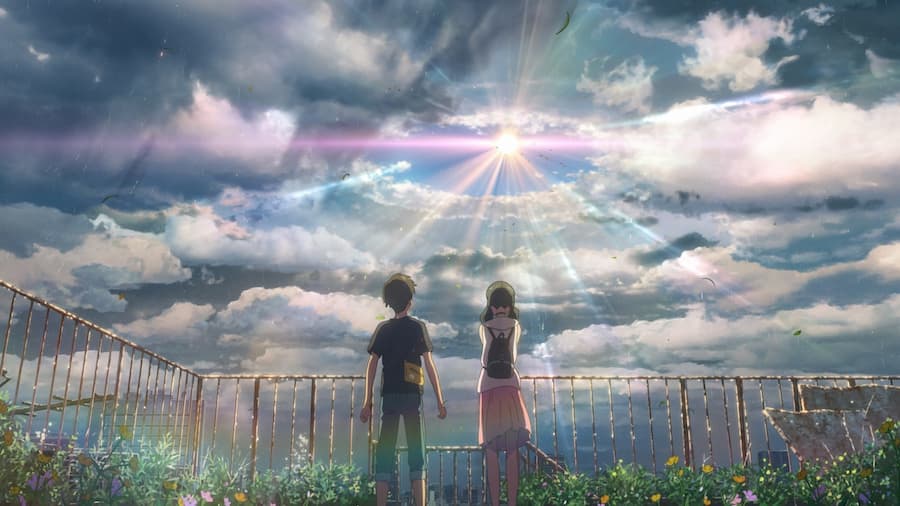 In and among the larger plot points of the movie there are many things happening in the background. Hodaka’s parents are looking for him, Hina and her brother are minors living alone and Suga has a daughter with asthma whom he isn’t being allowed to see due to his lifestyle choices. All of these inner conflicts allow for a continuously moving story that speeds up and slows down at the appropriate times. Some moments felt slower than others, but as it all boils to the top, the climax of the Weathing With You had my friends and I on the edge of out seats.

Much like Your Name, Weathering With You has lovely, light-hearted moments that really shine through. Hodaka adopts a skinny stray kitten named Rain who becomes a fat, pompous-looking feline who is clearly judging Hodaka’s choices and was an audience favourite to be sure. There’s also Hina’s brother, Nagi, who is a middle-schooler but also a complete ladies man with multiple girlfriends showing up throughout the film. 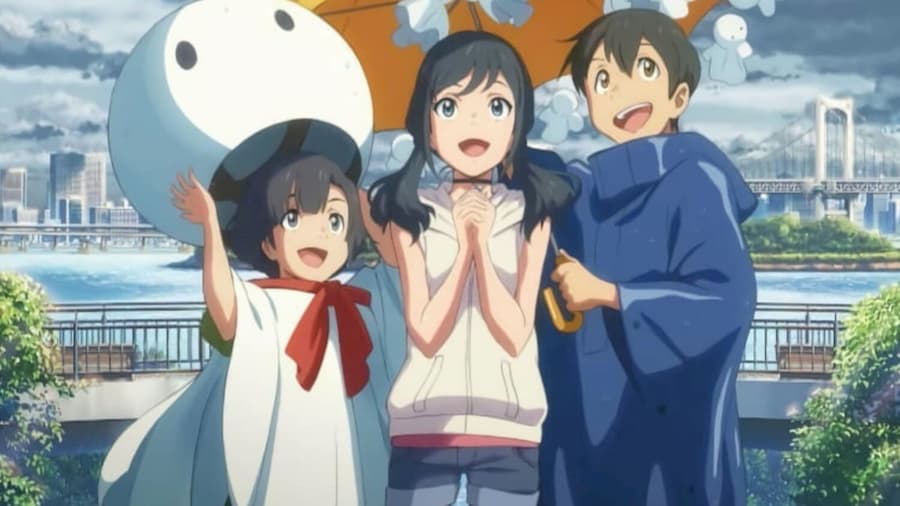 Now, of course, the film features more serious moments as the reality of the terrible weather comes into play. Tokyo begins experiencing flooding and people are forced to leave their homes. This part of the story, while important, becomes an afterthought to the conflict of the children’s struggles.

In the end, I can’t wait to see Weathering With You again partly because I really loved it and partly because I’d like to watch the subbed version. Not that the American actors didn’t do a good job; I can’t fully appreciate a movie until I’ve experienced it in its native language. If you get the chance to see Weathering With You I highly recommend it. Fans of Your Name will absolutely love it.