Is Horizon Zero Dawn actually going to be available on PC? Its listing on Amazon France suggests so.

The listing, which has since been removed, indicated that Horizon Zero Dawn would be published by Sony for Windows PCs. Unfortunately, however, no other information was provided. A screenshot of the listing can be seen below. 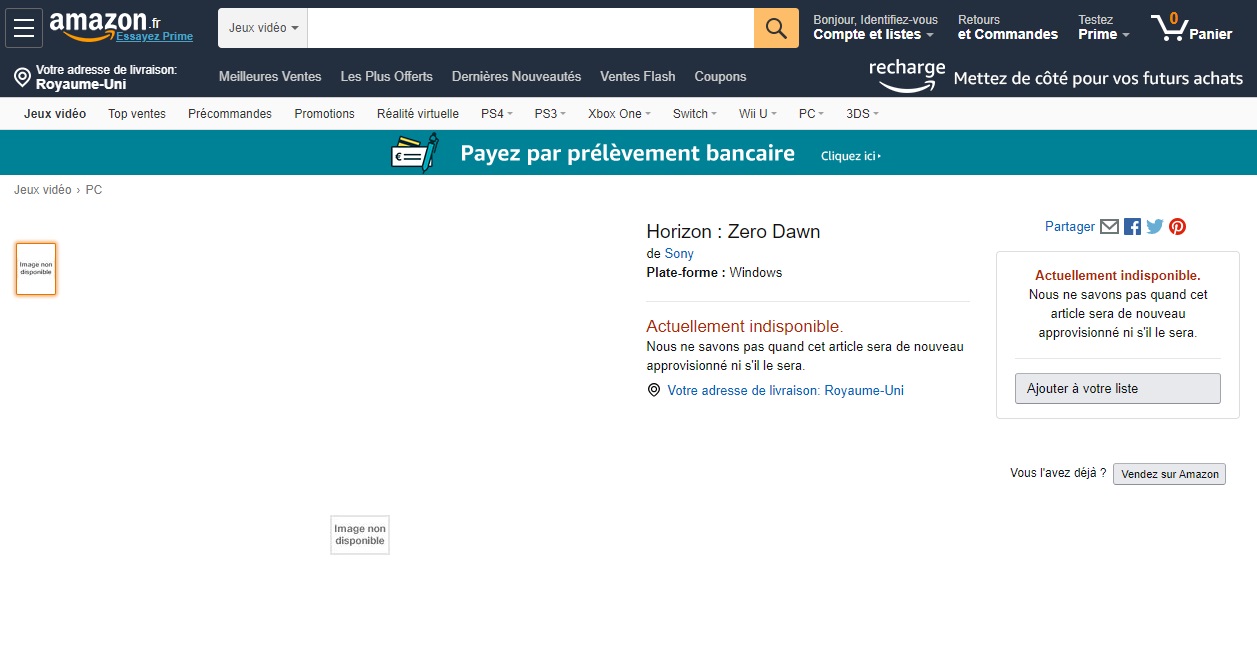 Horizon Zero Dawn was released to critical acclaim on 28th February 2017, exclusively on PS4. Developed by Guerilla Games, we called its world “breathtaking” in our review, and we also praised its combat.

As a PS4 exclusive it would be strange for Horizon Zero Dawn to be released on PC, but it’s been rumoured for a while now that Sony would copy Microsoft and start publishing its games on PC to reach a wider audience. And what harm could it do? After all, with PS Now, PC gamers can already stream a massive library of PlayStation games to their computers, and consoles themselves are little more than PCs in small cases these days.

With Horizon Zero Dawn‘s three year anniversary only two days away, perhaps an announcement is imminent. Or maybe Amazon France has got it wrong. Either way, we’ll probably find out sooner rather than later.

Horizon Zero Dawn is Coming to PC Next Month

Horizon Forbidden West, Aloy’s Next Adventure, Looks Bigger and Better Than Ever