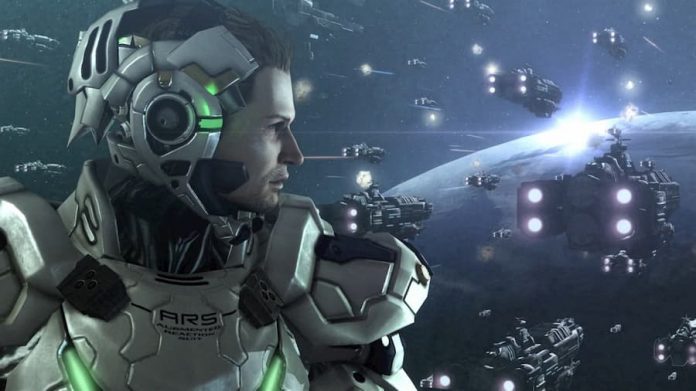 If you haven’t played either Bayonetta or Vanquish yet, firstly: what have you been doing with your life, and secondly: I’m envious. Why? Because the upcoming Bayonetta & Vanquish 10th Anniversary Bundle looks like it’s going to present one hell of a way to experience both titles for the first time.

Originally released in 2010 in the west, Bayonetta & Vanquish are games that have stood the test of time. In fact, many consider them to be the best games in their respective genres. When it comes to Bayonetta, however, its PS3 port was pretty bad. And Vanquish? Well, that just didn’t get the attention it deserved. But now both are presented in 4K at 60fps on PS4 Pro and Xbox One X, and there’s no excuse not to pick them up.

I’ve played through the opening hours of each title on Xbox One X, and have been very impressed. Both games were lookers last-gen, and the improved picture quality really shows off each game’s assets. Bayonetta is bright and colourful; its textures are sharp and its shadows soft. Looking at it is just as enjoyable as playing it, and that’s saying something when the action is flying along at 60fps. Even the most hectic of fights doesn’t bring performance to its knees.

It’s Vanquish that seemingly benefits the most from an update, though. Playing the original Xbox 360 version on Xbox One X via backwards compatibility, the screen looks like it has been smeared in Vaseline. This remastered version, however, is crystal clear. It makes spotting enemies at a distance a doddle, and the smooth framerate means the over-the-top action isn’t hindered in any way. The only issue I’ve got with the 10th Anniversary Edition of Vanquish at this point is that some of its cutscenes seem a bit choppy. With the launch of the package still a week away, however, it could be fixed before the game lands in your hands.

Getting reacquainted with these titles is truly a pleasure. I’ve long held the opinion that the original Bayonetta is the best character action game out there, and my time with this remastered version is re-affirming it. There’s just so much depth to the combat, so many secrets to find, and now it looks very nearly like a current-gen game. Vanquish, on the other hand, is a game that I appreciate more with age. It’s the anti-Gears of War, demonstrating that cover shooters can be fast-paced, humorous and have a bit of colour. At the same time, however, it’s still a game that’s easy to pick up, but ever-so-tricky to master. In the hands of a skilled player, the action is almost balletic.

If you’ve ever played these games before you know what to expect, and while the PC ports of both titles are likely to remain the best way to play if you have a well-equipped PC, console gamers should keep this bundle on their radars. With both Bayonetta & Vanquish available on Xbox One via backwards compatibility, however, the real winners here are PS4 owners. But still, the extra visual clarity really makes these games shine on Xbox One X, so whether you’re a huge fan or wanting to play them for the first time, the Bayonetta & Vanquish 10th Anniversary Bundle is a package worthy of your money.

Look out for our full review on February 17th for our final words on the matter.

Bayonetta & Vanquish 10th Anniversary Bundle launches February 18th for PS4 and Xbox One. The bundle costs £34.99/$39.99, but both games will also be available separately for $24.99, so expect a UK price of about £19.99 for each. You can preorder the physical launch edition now, which includes a wonderful steelbook.