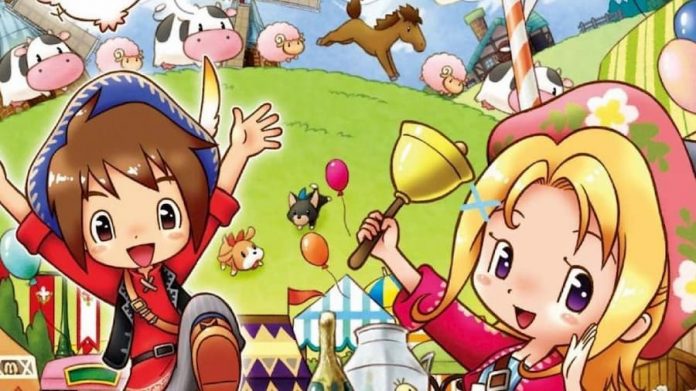 Uh oh, don’t tell me she’s back in the kitchen again.

You bet she is. We won’t talk about my previous Cooking from Video Games expedition where I created a monster that has since brainwashed me and forced me to do its bidding. No, no, that is far behind us because this time around I made something that required no baking or cooking whatsoever. Just good old-fashioned mixing and making.

I’ve been playing Stardew Valley a lot recently with my friends and that’s made me very nostalgic to play an old Harvest Moon game. My favourite of the series was Harvest Moon: A Wonderful Life on GameCube. I’ll be honest, I really wanted to make a tiramisu because it’s my favourite desert and so I may have used Harvest Moon as an excuse to make one and write about it. But you do what you can with what you’ve got.

Here’s how to make a tiramisu inspired by the delicious looking tiramisu recipe that’s unlockable in Harvest Moon.

How to make tiramisu from Harvest Moon:

Step 1. First you’ll want to brew your coffee and then put it in a container in the fridge to cool. You don’t want it to still be hot when you dip in your biscuits.

Step 2. Start by separating your eggs between the large bowl and one of your medium bowl. Your egg yolks should go into your large bowl and the whites into the medium. Separate them by cracking the egg in half and passing it back and forth between the two shells to drop the egg white into the bowl. Once all that’s left in one of your shells is the yolk, place it in the large bowl. Continue doing this until you’ve got all of your eggs separated.

Step 3. With your hand mixer on a medium speed, whip together your egg whites until a meringue forms. In order to make a meringue you’ll have to whip for a good five minutes. I actually set a timer on my phone for five minutes to be sure I’d whipped enough. If you look at the picture below, you’ll see two little tiny mountains, or tiny nipples however you want to look at it. If those tiny nipples form when you remove the mixer, it has whipped enough. 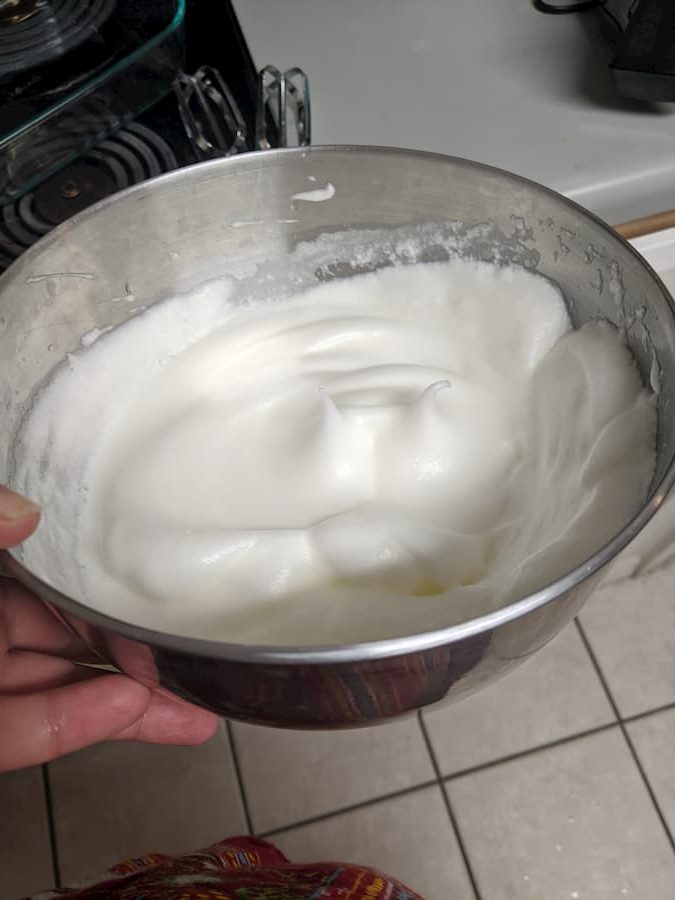 Step 4. Now, after cleaning off your hand mixer because we don’t want cross contamination, we’re going to whip up our cream. Simply place your heavy whipping cream in your medium bowl and on a medium/high speed, whip the cream for about five to six minutes until a whip cream forms. Trust me, it’s going to seem like it’s never going to happen but eventually if you whip enough, it’ll turn into whipped cream. That’s why they call it “whipping cream”, you know!

Step 5: Take your large bowl with the egg yolks and add your sugar. After cleaning your hand mixer again you’re going to whip up this mixture for about three minutes. Once it’s mixed you’re going to add in all of your cheese and mix again until well combined. 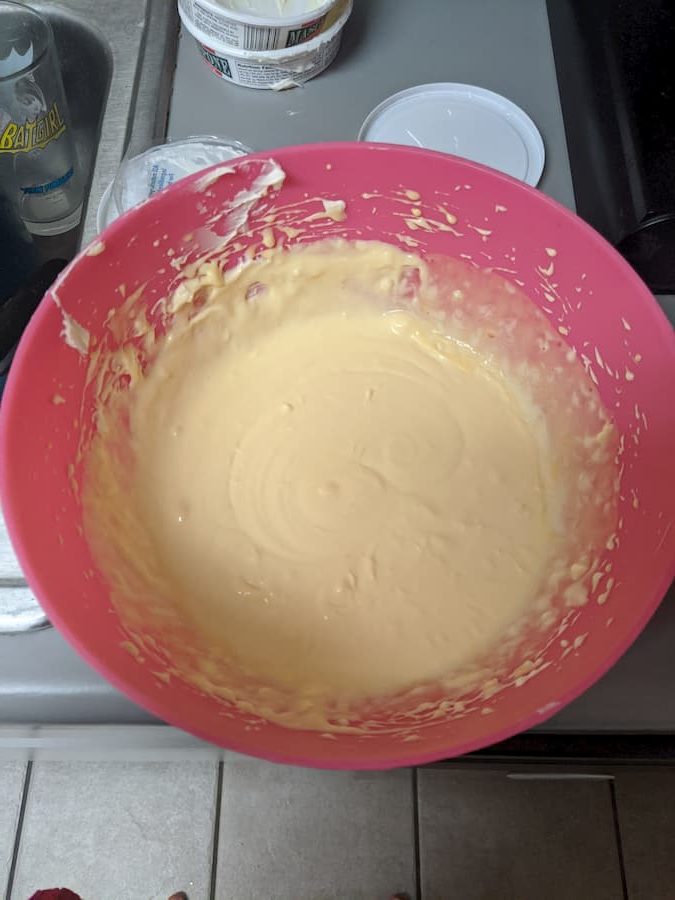 Step 6. Now that all of our stuff is beat together so that they no longer feel like themselves we’re going to fold (emphasis on FOLD) each of the mixtures into each other, starting with our meringue into our cheesy creation. The reason you want to mix rather than fold is because you don’t want to mix all of the air out of your meringue. So you’ll want to carefully fold the mixture until well combined. From there, you’ll fold in your whipped cream as well. 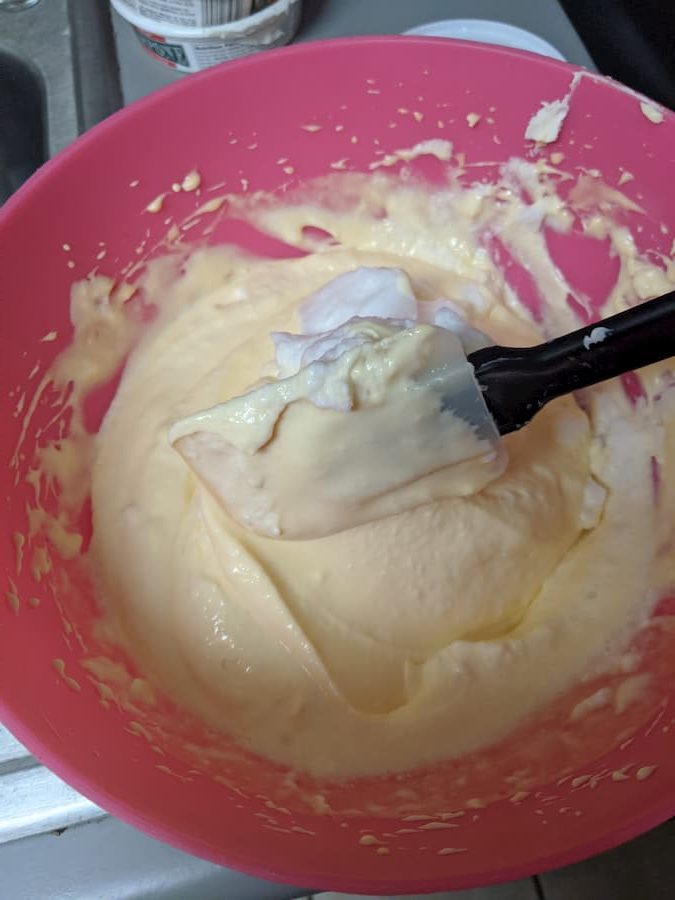 Step 7. This is where things can get a little tricky. Firstly, if you’re mixing in wine for your dessert you can go ahead and pull your coffee out of the refrigerator and mix in your wine. Give it a little stir with a little finesse. A little pizzazz. A little whapow! Not too much whapow though. Simmer down with the whapow. 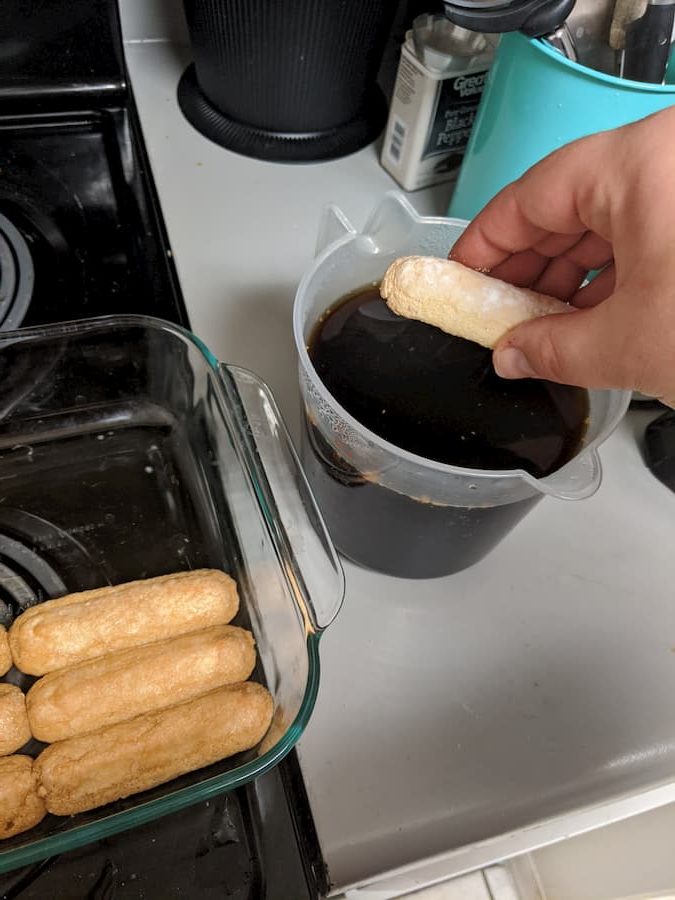 Step 8: Pull out your ladyfinger biscuits and get ready to dip dip dip them into your coffee/wine mixture. Now, you’re going to want to dip very fast. I’m talking how-fast-you-would-close-the-door-if-you’ve-accidentally-walked-in-on-your-parents-doing-it fast. Remember the whapow from step seven? Bring some of that over here to step eight and whapow those biscuits in and out of the coffee quickly. They’re spongy biscuits so they’re going to absorb the coffee immediately, along with the tears that you’re going to shed once this desert is ready to eat. Line the bottom of your pan with the dipped lady fingers all the way across and then layer on a nice heaping bit of your creamy mixture. 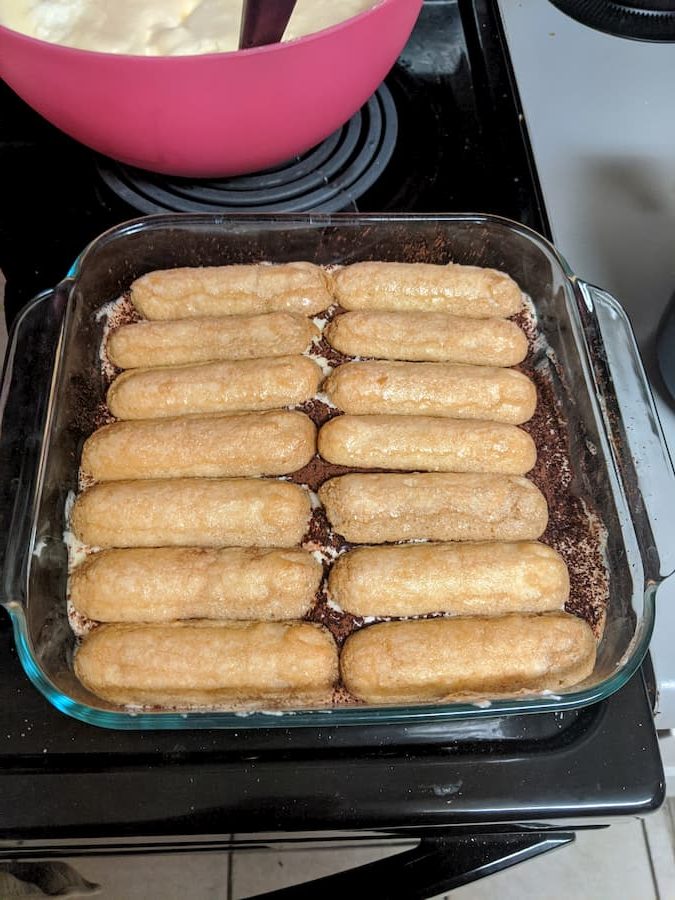 Step 9: Take your sifter and pour in a bit of cocoa powder. Shake the sifter over the first layer of your tiramisu until it is generously covered.

Step 10: Repeat steps eight and nine until you’ve got two layers of ladyfingers, two layers of cream and two layers of cocoa powder. Then place your desert in the fridge for at least four hours before serving or about one hour in the freezer. 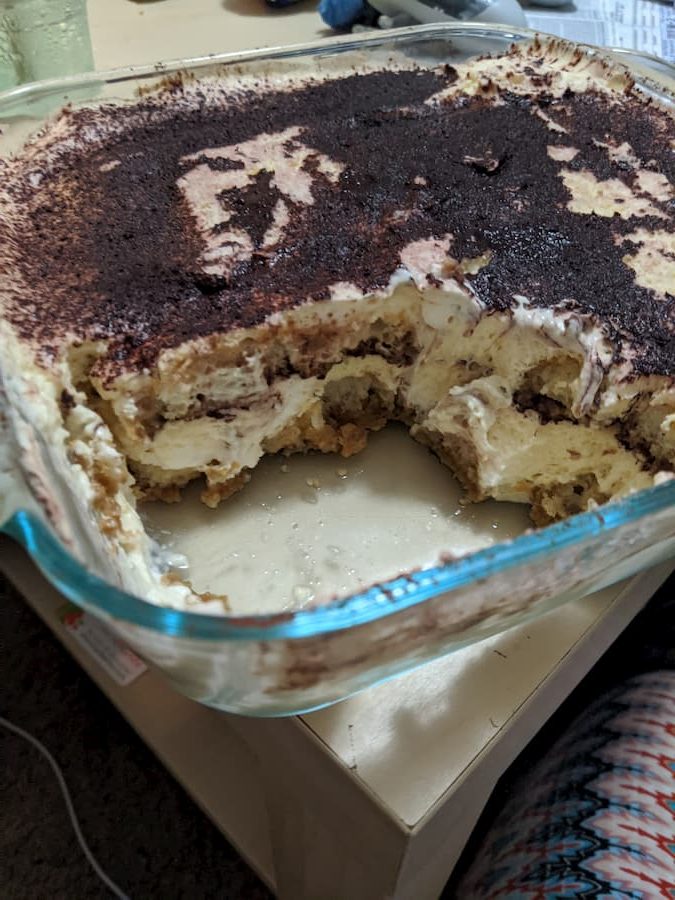 And there you are, your tiramisu is done! Don’t worry if it doesn’t slice perfectly the way you might like. Instead, feel free to gather around your friends and family all with their own fork and dig into this baby right out of the pan. Or by yourself. We won’t judge you if half of it is gone in one night. 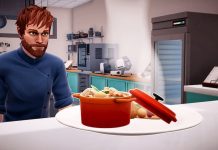 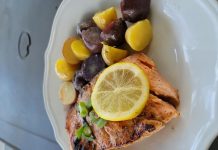 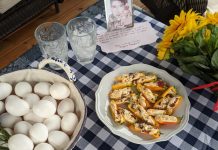 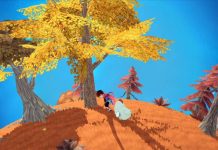