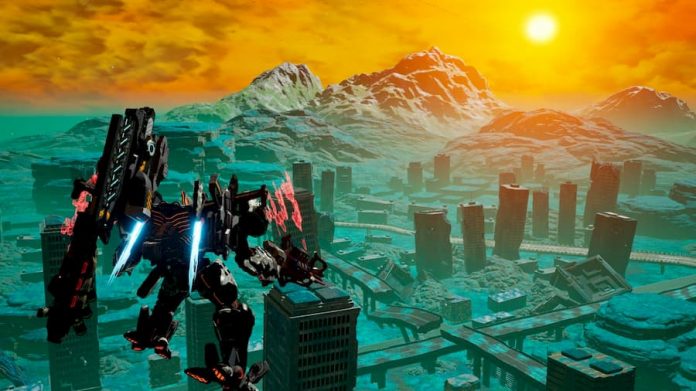 My expectations of the PC port of Daemon X Machina were low upon booting it up for the first time.

The resolution defaulted to something absurdly low, and it also seemed like the audio wasn’t working. Going into the options menu revealed that there were no sound options whatsoever, so I had to crank up the volume on my TV to realise that there was sound after all.

And the resolution? Well, I could crank that up to a maximum of just 720p. It was only after restarting the game that it finally allowed me to select more reasonable resolutions. So, with the resolution set at 4K and the graphical settings all at max, I was finally ready to play. Well, after creating my own character.

You’re an Outer in Daemon X Machina, a new breed of human who pilots Arsenals to combat corrupted AIs. They were created after a part of the moon simply fell off, which as you can imagine, isn’t ideal. Not much is known about these ‘Immortals’, however, and so there are some surprises in store as the story unfolds. The problem is, you likely won’t care one jot about Daemon X Machina‘s story within one hour of playing it.

There are simply too many characters in Daemon X Machina, and they’re all pretty much unlikable. In between each story mission a handful of them will pop up, talk a load of indecipherable nonsense, then bugger off for a handful of missions before reappearing again. Really the dialogue is inane. It doesn’t help that it’s presented in such a dour manner, either. You’re either reading text boxes (though the game does have English voice overs), or watching scenes where characters just stand about, unless they’re gesticulating wildly. Daemon X Machina‘s world just doesn’t draw you in at all. 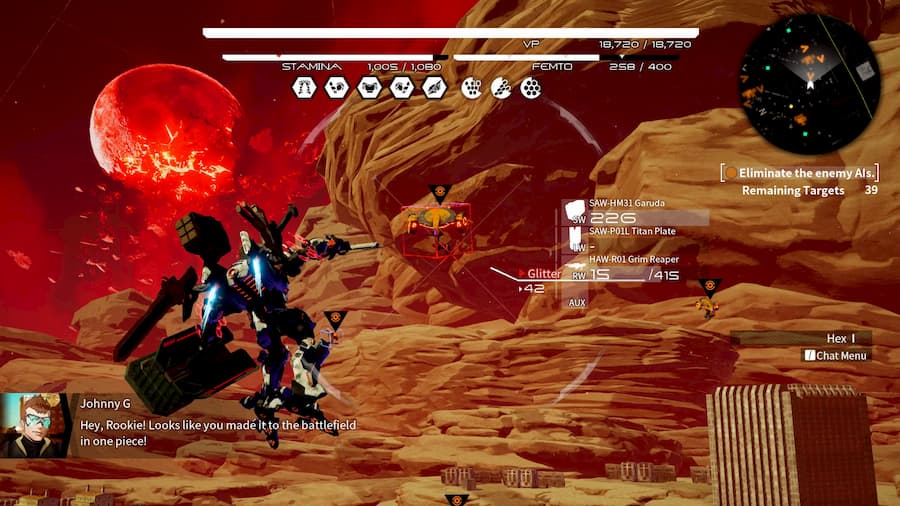 Thankfully, the actual gameplay is more interesting. This is a game in which you get to pilot big mechs; of course it’s entertaining. Or at least, it should be. By completing missions, you also earn money, which can be used to develop and procure new mech parts, allowing you to build your very own awesome-looking Arsenal. Parts can also be pilfered from destroyed enemy Arsenals when out in the field, which is nice. Unfortunately, the action gets stale pretty fast, and isn’t actually all that fun to begin with, even though it really should be. Daemon X Machina just feels soulless.

You quickly find yourself in a gameplay loop in Daemon X Machina: you tinker with your Arsenal, accept a new mission, go on said mission, kill a load of corrupted AIs that pose no threat whatsoever, complete the mission, and then return back to base to start again. As you can imagine, it struggles to hold your attention as you progress. The only time Daemon X Machina‘s missions become remotely interesting is when a giant Immortal appears, or when for some reason other Arsenal-piloting Outers’ objections are in opposition to yours. But even then, Daemon X Machina isn’t as fun as it should be. Why? Because there’s no real feel to it. 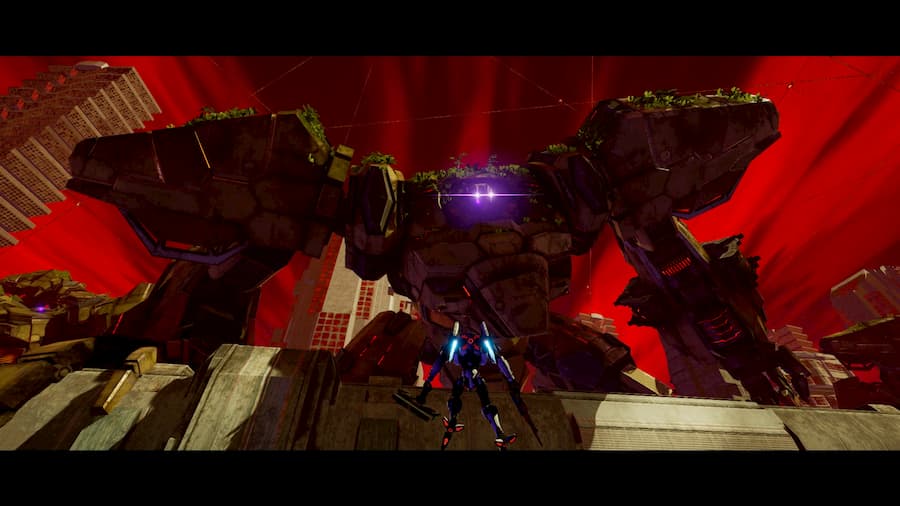 Despite piloting a huge robot made of metal, movement has no weight. Whether you’re dashing around on the ground or flying in the air, it feels unnatural. On top of that, weapons lack impact. You can fire assault rifles, bazookas, even missile launches; there’s no sense that they’re causing damage to an enemy – you merely watch their health meter go down until they explode. So, from one mission to the next you simply go through the motions; entering combat, getting in range so that your lock-on engages, and then letting rip with all that you’ve got until things explode. It ruins what would otherwise be a perfectly enjoyable mech experience.

And there are other issues, too. Flying is a pain in the backside; you can gain height by pressing the jump button, but you gain a considerable amount immediately. Then, the only way to lose height without angling your self downwards is to turn your thrusters off, which makes you float back down to earth ever-so-slowly; or equip a downward thruster, which send you back to earth forcefully. Needless to say, getting yourself to the correct height to manoeuvre yourself though some of the small gaps certain missions present can be a pain.

Also, Daemon X Machina‘s mission areas are mostly on the small side – presumably because it was made for Nintendo Switch. Reach the outer limits of an area and you get a warning. Stay there, and your mech will automatically be destroyed. You’ll often find that enemy mechs love to fly around in this area though, leaving you to try and bait them back out, or pursue them at the risk of a sudden death. If your mech gets destroyed, you can carry on on foot, by the way. Not that it does you much good. 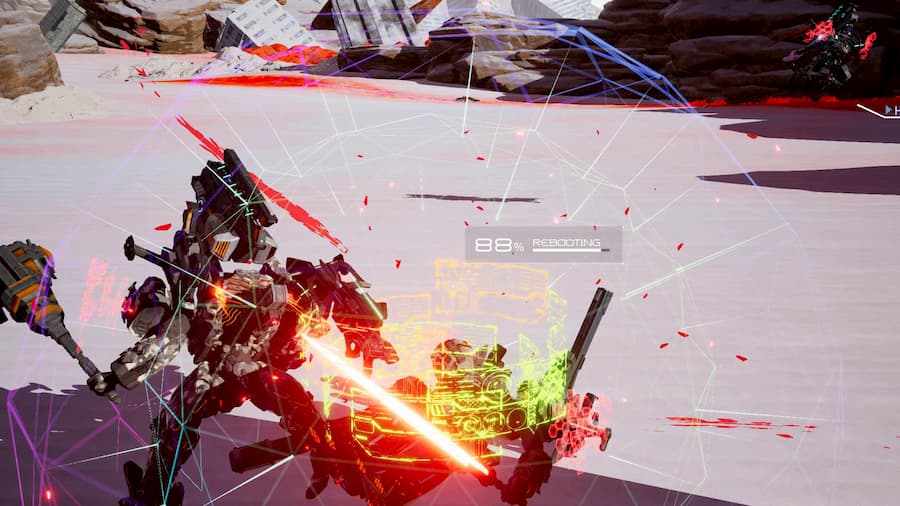 There are many elements I really like about Daemon X Machina. It looks genuinely beautiful on PC, for example, and runs at a silky smooth 60fps at 4K on my RTX2070 paired with an old(ish) i5. Its soundtrack is also rather good, and there are hundreds of parts for you to acquire and tinker with in the pursuit of building your perfect Arsenal. It’s just a shame that it’s not all that enjoyable to play. The story really is codswallop, and the combat doesn’t have the feeling and pizzazz needed to keep you engaged.

If you do stick with Daemon X Machina, you’ll find a lengthy campaign that’s padded out with plenty of optional free missions. There are also co-op focused exploration missions that enable you to get valuable parts, and competitive multiplayer if you’re up for it. Overall, it’s quite the comprehensive package. Powering through it all will be a test for many, though. Daemon X Machina has many of the ingredients of a great mech combat game but the end result isn’t wholesome. It’s flat, lacking in flavour, and gets stale all too quickly.

Daemon X Machina is available on Switch and PC. We reviewed the PC version. 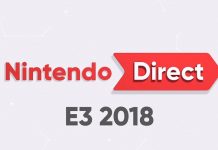 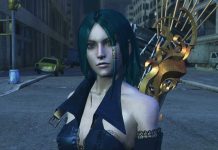 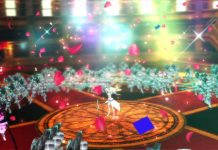