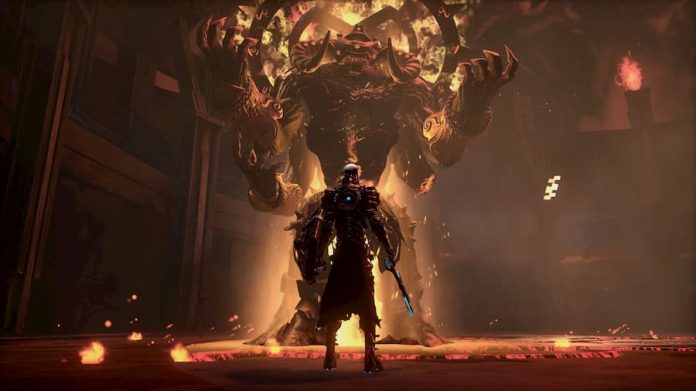 Taking inspiration from Dark Souls and Dead Space, the dark sci-fi RPG Hellpoint is heading to PC and consoles in mid April.

Following a successful Kickstarter campaign, developer Cradle Games and publisher tinyBuild have announced that Hellpoint will be coming to PlayStation 4, Xbox One, Nintendo Switch and PC on April 17th. In celebration, a new trailer dropped yesterday showing off some of the harrowing environments, enemy creatures and gameplay.

Blending fantasy and science fiction to tell a twisted story revolving around cosmic gods, quantum physics and extinct space civilizations, Hellpoint pits you against bizarre creatures with an unforgiving Soulsborne-inspired combat system. You wake up aboard the derelict Irid Novo space station in the aftermath of a mysterious cataclysmic quantum event; what was once a beacon of intergalactic diplomacy is now left in ruin, and your choices will decide what happens next.

Hellpoint is also committed to providing a tight multiplayer experience, including online play as well as local split-screen co-op on all platforms except Switch. Simply press start to jump in, then engage in a full and uninterrupted co-op story with shared loot drops.

Check out the new release date announcement trailer below, or head over to the official Cradle Games website for more information.