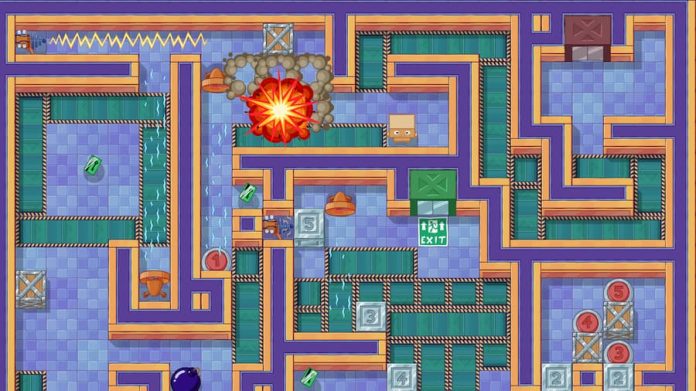 I apologise now to my IT teacher, but computer lessons at school were probably 50% playing Flash Boyfriend and 50% playing Sokoban.

While Flash Boyfriend, an in-browser dating simulator published by long-gone TV channel Trouble is a thing of the past (in fact, searching Google for ‘Flash Boyfriend’ now just brings up romantic scenarios for The Flash), Sokoban is still very much alive and well. Well, in one form or another, at least.

This time, a Google search brings up dozens of browser games and downloadable apps aping the classic game. The original Sokoban has been around since 1982, and even if you haven’t heard of it, you’ll be familiar with its style of gameplay. A puzzle game broken up into short levels, it has you pushing boxes around a grid to place them in designated areas. Make one wrong move, though, and either a box gets stuck, or your character does. Numerous games over the years have build upon Sokoban‘s basic puzzle formula.

Box Kid Adventures, released at the end of January on Steam, isn’t exactly a Sokoban clone but it instantly reminded me of it. It’s a puzzle game where you play as Box Kid, a, uh, kid made of cardboard boxes. He’s got to make his way through a number of facilities, collecting swipe cards as he goes. Only when he’s got all the swipe cards can he get out of the door at the end of the level. 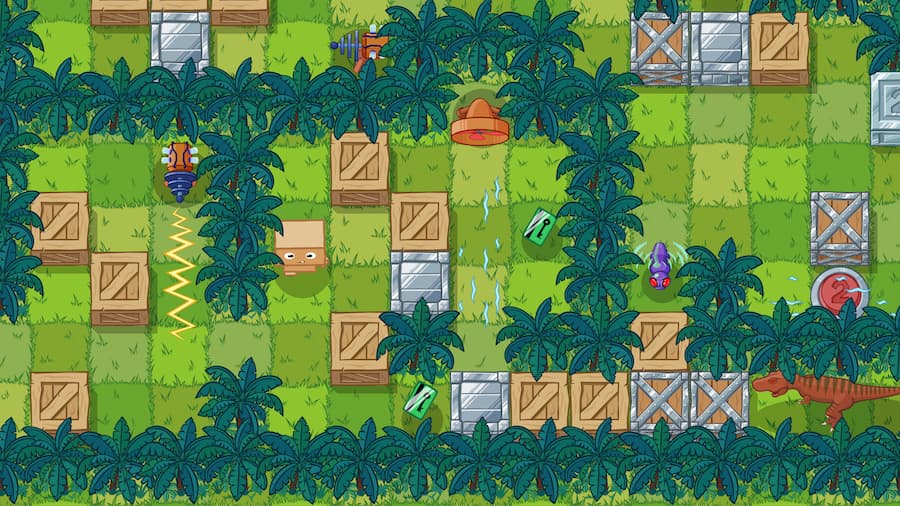 In his way are boxes that must be moved strategically to allow him free passage – just like Sokoban. Boxes may block Box Kid’s path, but he can push them out of the way. One wrong move, though, and his path will be blocked forever. Thankfully, there’s a rewind feature built-in, so if you do make a mistake, it’s not the end of the world.

It’s not long into your Box Kid Adventures journey that the heat ramps up, though. Soon, not only boxes block your way; you’ll have to navigate around adversarial robots, dangerous laser beams, pass through portals, avoid deadly dinosaurs and more. It’s a simple game to play, but tricky to master. Each level feels epic in proportions, and mastering one – especially after the first few “easy” levels – feels like a real achievement. 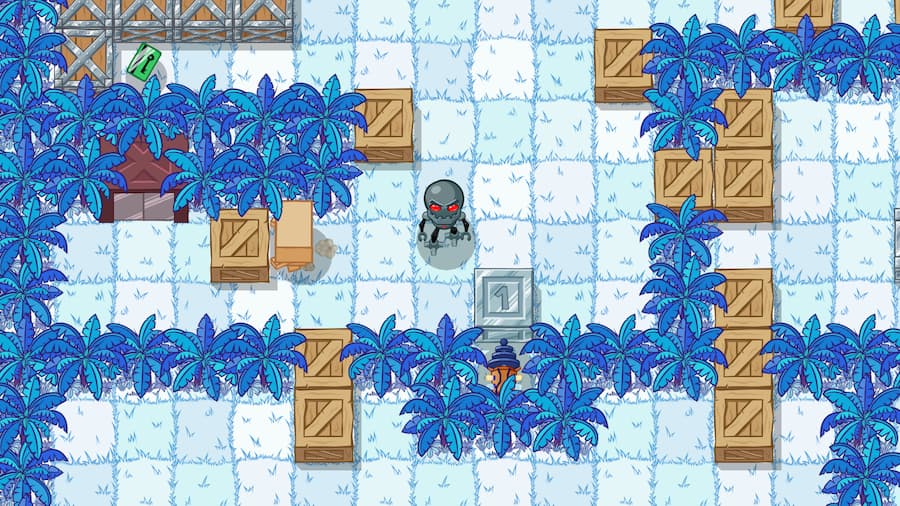 What is a real achievement, though, is the fact that Box Kid Adventures has been developed by just two people: brothers Mirek and Sebastian Wiśniowski, who together make up Poland-based T-Rex Interactive. The idea for the game was born way back in 2013, and after some stopping and starting due to university and other life commitments, Box Kid Adventures has finally come to fruition some seven years later.

I love a good passion project – after all, that’s exactly what GameSpew started as for me – and so I hope to see Box Kid Adventures succeed. It’s a good-looking game, and if you’re a fan of puzzles games, it’s well worth a try. It’s a pretty sizeable game too, so it’s easy to understand where Mirek and Sebastian’s time went in development. There are 75 levels in total, and there’s also a built-in level editor, allowing players to try their hands at making their own challenges. For £7.19/$9.99, it’s a steal.

And if you’re not quite convinced, there’s a free demo you can download to give it a try.