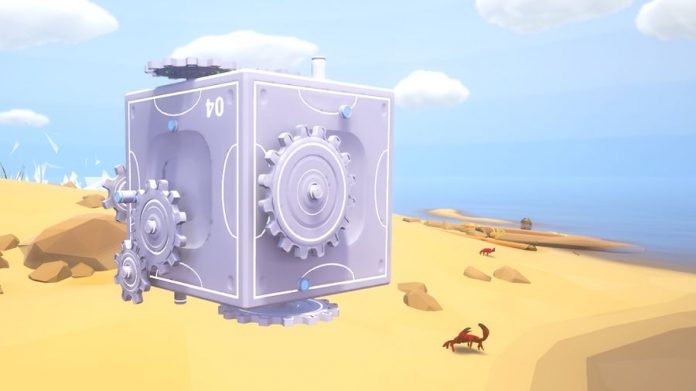 If Brad Pitt had to deal Dreamo’s boxes, Seven would have had a very different ending.

Instead of shooting Kevin Spacey in the face, he would have have been messing about with cogs and levers until backup arrived. The surprises you discover inside Dreamo‘s puzzle boxes are less unpleasant but, as your character struggles to escape his nightmare, they’re no less ominous.

After (supposedly) surviving a plane crash, you’re locked into a mental landscape which, while initially looking rather lovely, becomes progressively stranger as you progress. With only a disembodied voice to aid you, unlocking the boxes is your only means of uncovering the truth and escaping your fantasy – if, indeed, you can trust anything in this strange world.

There’s no faulting Dreamo’s aesthetics, which paint a world that feels a little “off” right from the get-go. There’s a lot of symbolism in play here, though having the disembodied voice explain everything is a little off-putting, perhaps intentionally so. I’m fully expecting to find that, far from being a friend, she’s got all manner of ulterior motives. Regardless, cracking open the puzzle boxes, which lead to you unlocking different chunks of your mental island, is the only way forward. 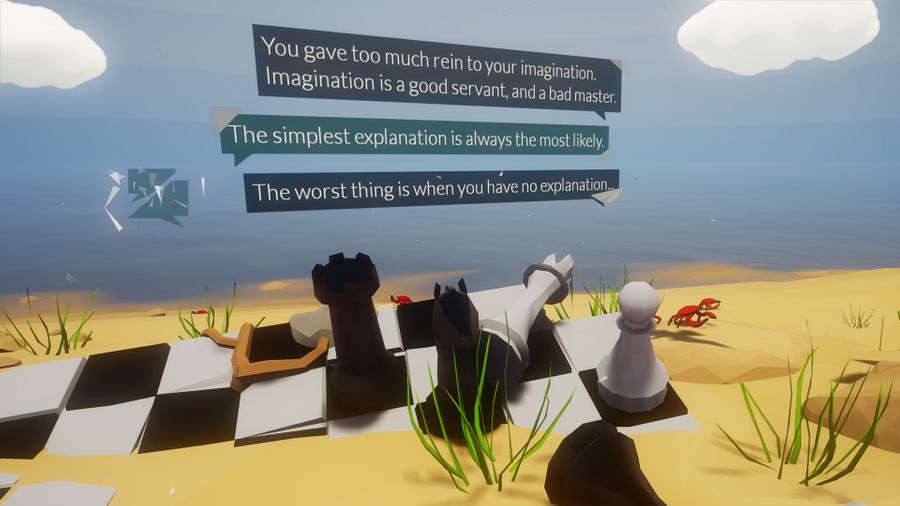 To open these boxes, you need to attach cogs to the various points on them, linking a perpetually rotating gear to another, typically on the other side of the box. It’s a lot harder than it sounds; some cogs are too large or too small to fit on particular pegs but you can still slap down cogs in the wrong place.

And to ensure you’re kept on your toes, Dreamo sneakily introduces additional mechanics as you progress. You’ll come across pegs that shift when you rotate the cube, and secondary gears that can be used to charge other gears. You know, just in case you got complacent. 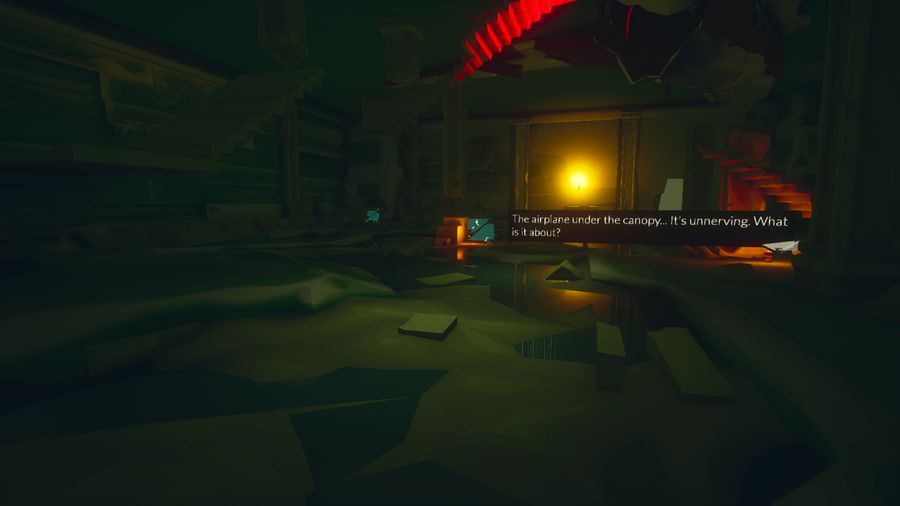 There was the odd occasion when I wished I could dream up a gigantic hammer, but for the most part the puzzles in Dreamo stayed on the right side of frustrating. In fact, you could argue that, since it’s your dream, you should be able to crack open the boxes with a flick of your hand. Sadly, logic doesn’t have to apply here. Hey, it worked for Inception. I did find myself wishing that the game would throw in some other puzzles, though. Box after box after box does get a little stale after 20 or so. The mysterious boxes do tie into the story, but a little more variety wouldn’t have gone amiss.

If you fancy following in the footsteps of sprout-faced dream-meddler Leonardo DiCaprio, Dreamo is available now on Steam. There’s a free demo to try, too.