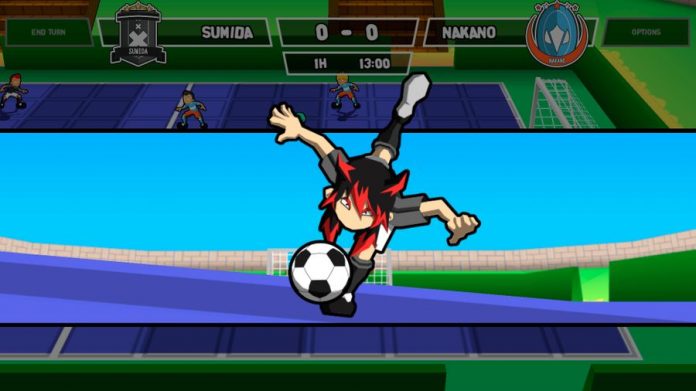 More games should take a leaf out of Ganbare! Super Strikers‘ book and shove an exclamation mark into into their titles.

Who wouldn’t want to play Dishonored! Death of the Outsider or Hellblade! Senua’s Sacrifice? Aliens! Colonial Marines would still be a terrible game, mind, but it might help shift the millions of copies that are undoubtedly swelling SEGA’s secret warehouse.

Instead of mashing the controller as you roam up and down the field in FIFA, pausing only to let EA empty your wallet, here you can take your time and plan your attacks. With your guidance, your plucky team of six players (who you may or may not have renamed to Bumface United) can power through the league and achieve ultimate football stardom. By poisoning your opponents. 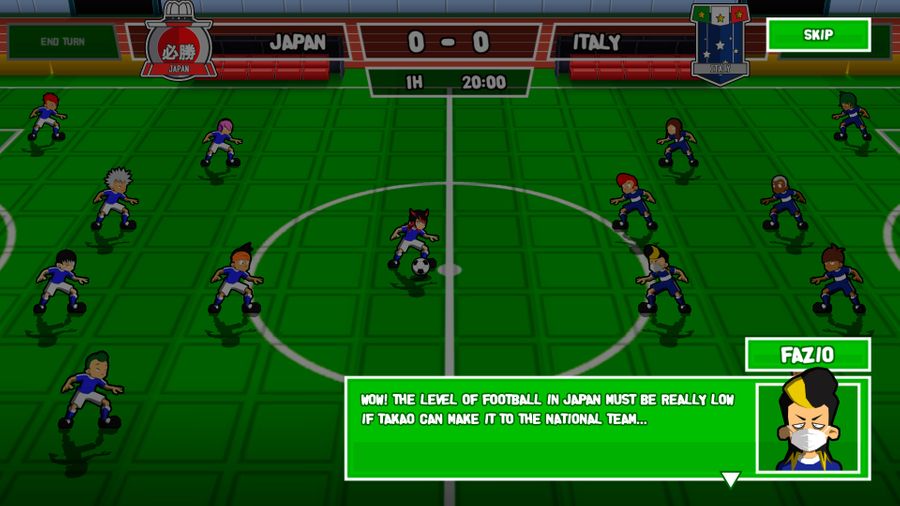 That’s not quite as terrible as it sounds, though regular football might be even more exciting if there was a chance of someone sedating the team’s star player with a blow dart. The further you progress through Ganbare! Super Strikers’ main mode (you can also play a single match or two-player mode), the more skills you have the chance to accrue.

Much in the manner of Final Fantasy and other turn-based strategy titles, you can use special attacks, such as “Ice Pass” which will freeze whichever enemy gets in the way.

These effects aren’t permanent (the Football Association would have a word or two to say about that) and they stop short of letting you conjure up gigantic entities, so summoning the ghost of deceased football pundit Jimmy Hill is out of the question. But they’re a neat way of spicing up the action, and go some way to giving Ganbare! Super Strikers the same kind of daft, dramatic spirit that flows through many sports animes. 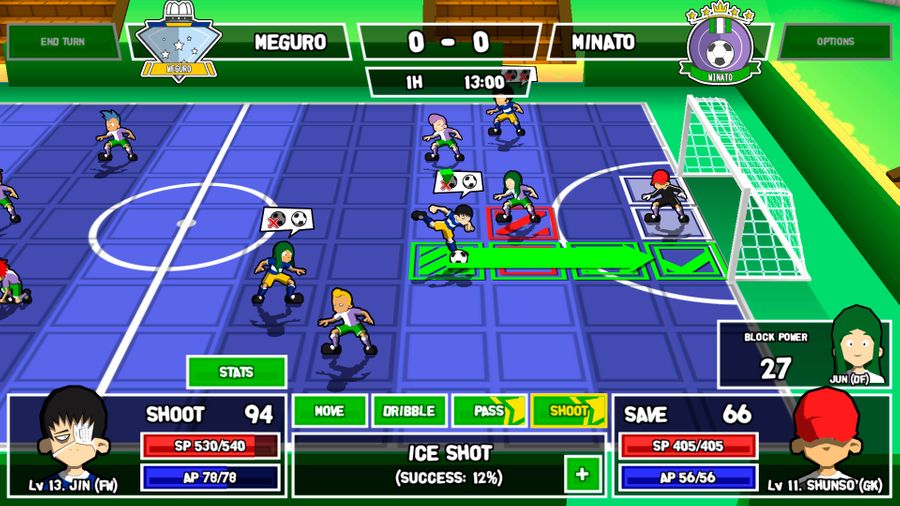 That said, Ganbare! Super Strikers didn’t grab my attention in the way I expected it to. Initially it fun, and I appreciated the game letting me know what my chances of success were when making a break for the goal. But the slow pace and lack of variety meant that my interest started to wane after a few matches. I started wishing that Jimmy Hill would smash a few players with his colossal, spectral chin.

But if you’re a hardcore sports anime fan, you might find Ganbare! Super Strikers appealing, particularly if you got a kick out of Final Fantasy X’s Blitzball. It’s a silly diversion from more realistic sports titles, and for that it deserves a shout-out.

Ganbare! Super Strikers is out now for Nintendo Switch, PC, Xbox One and PlayStation 4. 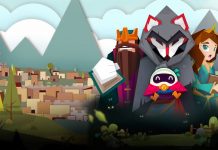 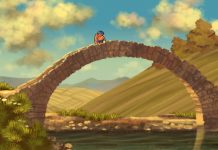