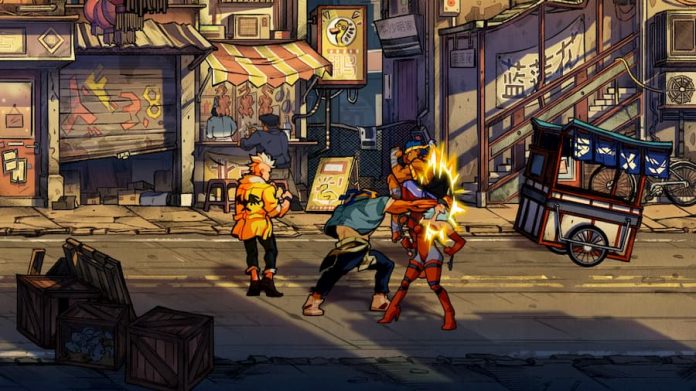 Launching on PC, PS4, Xbox One and Switch sometime this year, Streets of Rage 4 is remaining faithful to the earlier games in the series. We played a bit of it last year and were absolutely blown away by it – it plays like Streets of Rage 2 but better, which is high praise indeed, and it also looks drop-dead gorgeous.

To give fans a bit of a look behind-the-scenes, Lizardcube’s Art & Creative Director Ben Fiquet and Lead Background Artist Julian Nguyen You have got together to present a video that gives insight into the game’s wonderful art style. The six minute video, which you can watch below, highlights some of the nods that Streets of Rage 4 has to its predecessors, and also how the game has matured along with its fans. If you’re eagerly awaiting the latest entry in the much-loved series it’s a must-watch. Though don’t blame us if it makes the lack of a launch date even more painful to bear.